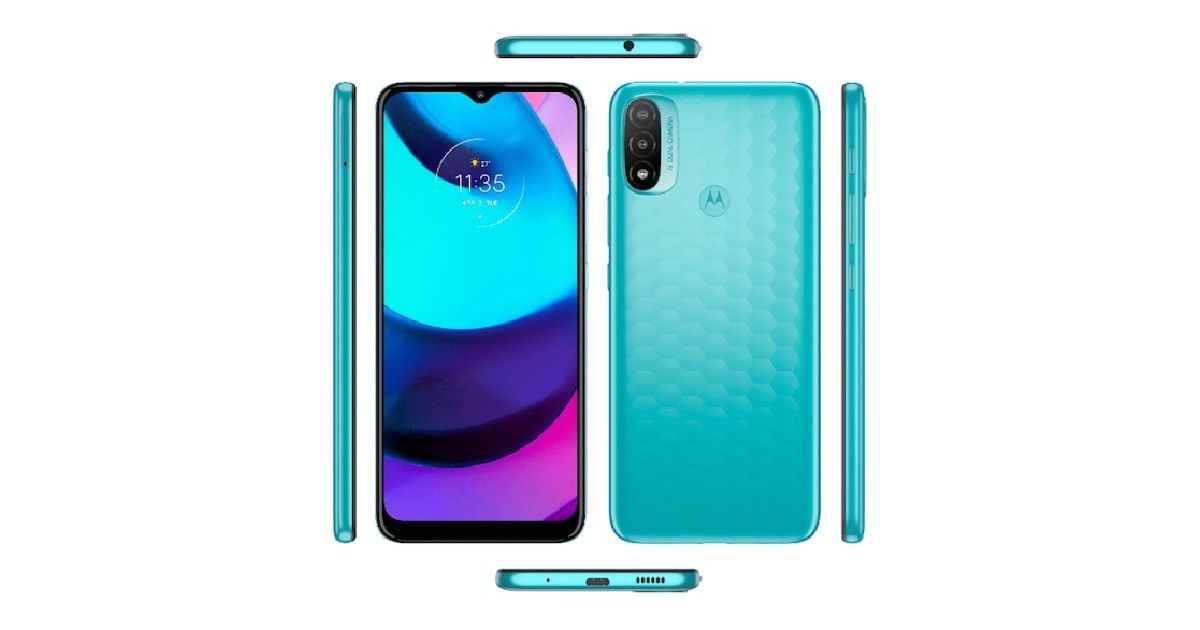 Motorola is busy adding new budget phones to its lineup in the market. The company has already given us a slew of G series phones in the past few months. And now, it seems prepared to bring new E series phones for buyers. The latest one from the production line could be the Moto E30 which has been spotted on Geekbench this week, which is a clear indication that the launch is not far away. The phone’s listing on Geekbench 5 hints at the use of a Unisoc chipset, that gets paired with 2GB RAM. So, it’s possible that Moto E30 could be based on the Android Go platform. Here are the other details revealed by the Geekbench listing.

As you can see from the screenshot below, courtesy MySmartPrice, Motorola is going to launch the Moto E30 as a budget device for buyers. The listing gives us Geekbench 5 single-core and multi-core scores that are 305 and 762, respectively. 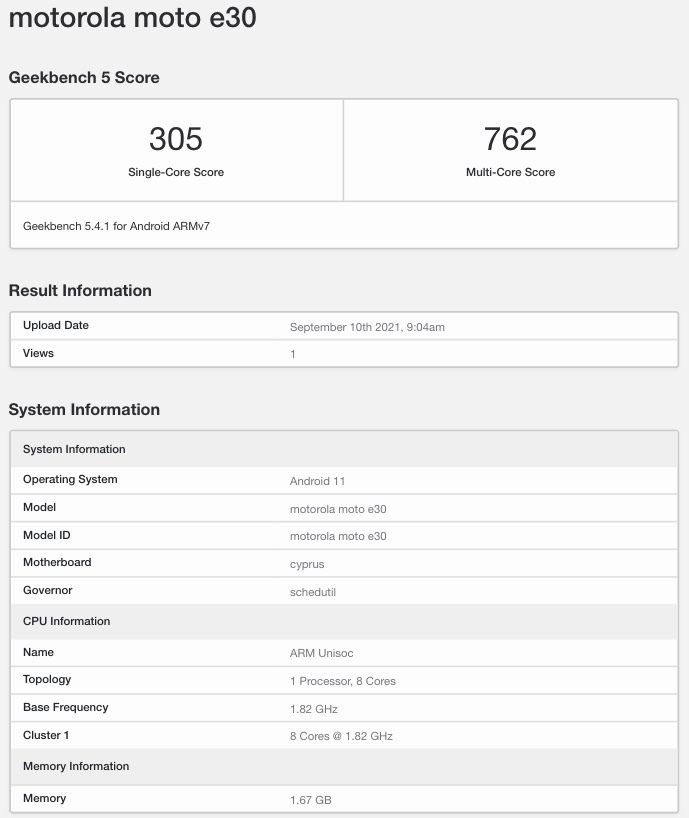 The phone’s codename seems to be Cyprus and gets an unnamed Unisoc chipset under the hood along with 2GB RAM. Because of this, we believe the device will run on the Android 11 Go version. The chipset has 8 cores, with a base clocking speed of 1.82 GHz. The listing does not share further details about Moto E30 but these are strong hints to suggest the device will be priced well below Rs 10,000 price mark.

In addition to this, Motorola could offer a 4,000mAh or 5,000mAh battery on the Moto E30. On the imaging front, it could choose between a single or double rear camera module. We expect the phone to get 32GB and 64GB storage options, which are further expandable thanks to the dedicated card slot. All these are pure speculations based on our experience with budget phones under 10K these days. We’d suggest you wait for Motorola to reveal the official specs to see whether you want to buy the Moto E30 or skip it.

And since the Geekbench results of the phone are out, expect Motorola to launch the device in the coming weeks. Things don’t stop there for the company. Earlier in August, fresh leaks hinted that Motorola could bring another budget device to the market called the Moto E20 which is likely to sit below the Moto E30 in the lineup.