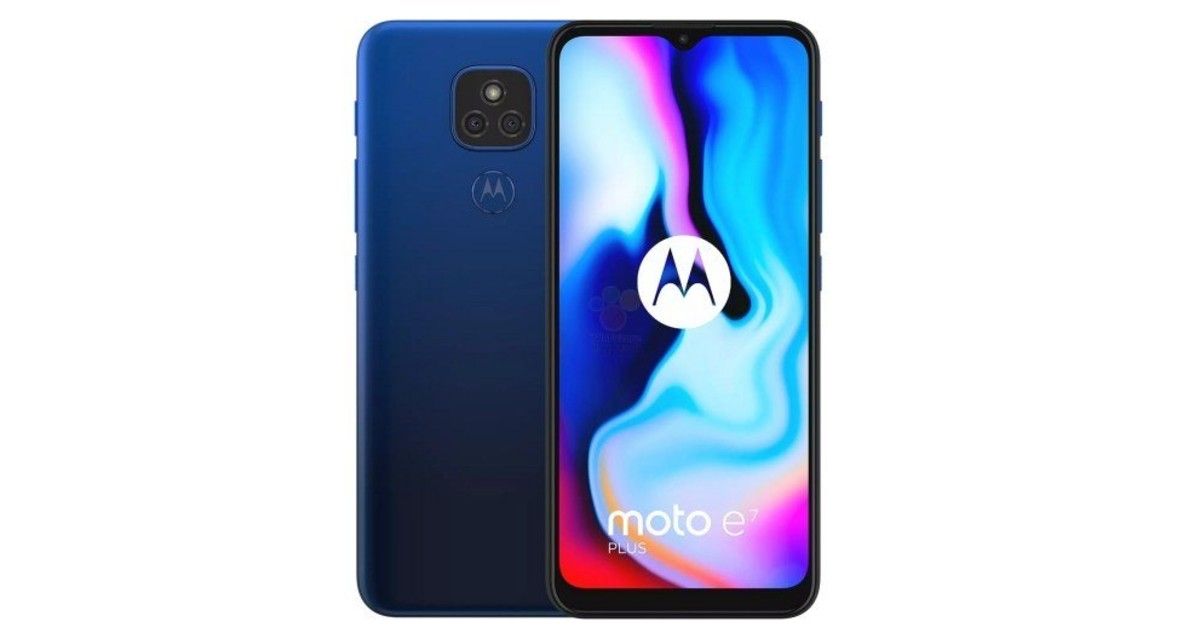 Motorola’s Moto E-series is known for offering phones at affordable prices. The company has introduced different models in this series and it seems that a new member will be introduced pretty soon. Motorola is said to be working on an entry-level smartphone, the Moto E7 Plus. The phone is touted to be an entry-level smartphone and it will pack some interesting hardware including a 5,000mAh battery. WinFuture has posted renders and key specifications along with pricing details of the Motorola Moto E7 Plus, leaving little to the imagination. So, before we deep dive into the specifications, let’s take a closer look at the price of the upcoming smartphone.

As per the report, the Moto E7 Plus price will be EUR 149, which roughly translates to Rs 12,933 and it will be available for purchase in Europe. The report adds that the phone will come to Germany but at a cheaper price tag. There is no word on the Moto E7 Plus India launch and pricing details.

The Motorola Moto E7 Plus renders reveals that the smartphone will come in a Blue colour option. The front panel features a waterdrop notch. The back panel is loaded with a dual-camera setup along with Moto’s famous batwing logo, which is located just beneath the camera setup. The right side of the device features three buttons. The top panel houses a 3.5mm audio jack, while the base is loaded with a micro-USB port along with a speaker grille.

Coming to the specifications, the major highlight of the smartphone is the 5,000mAh battery and the handset will come with 10W charging support. The Motorola Moto E7 Plus will sport a 6.5-inch HD+ display with a screen resolution of 1600 x 720 pixels. The smartphone is tipped to be powered by an octa-core Qualcomm Snapdragon 460 processor clocked at 1.8GHz.

This phone is rumoured to be backed by a 4GB of RAM and 64GB of internal storage with an option to expand the storage using a microSD card slot. On the camera front, the Moto E7 Plus may feature a dual-camera setup with a combination of 48-megapixel primary lens with f/1.7 aperture along with a 2-megapixel depth sensor. On the front, there could be an 8-megapixel shooter with an f/2.2 aperture. The phone should run on Android 10 operating system.