“The Moto Z3 was released in August running Android Oreo”

Earlier this year, Lenovo-owned Motorola announced the list of its smartphones that will be getting the Android Pie update. The brand revealed that eight of its phones under the Moto One, Z, X, and G series will be receiving the latest firmware update. Most recently, the vendor released the Android Pie update for the Motorola One Power smartphone. Now it looks like the company is all set to release the same for the Moto Z3 flagship very soon. 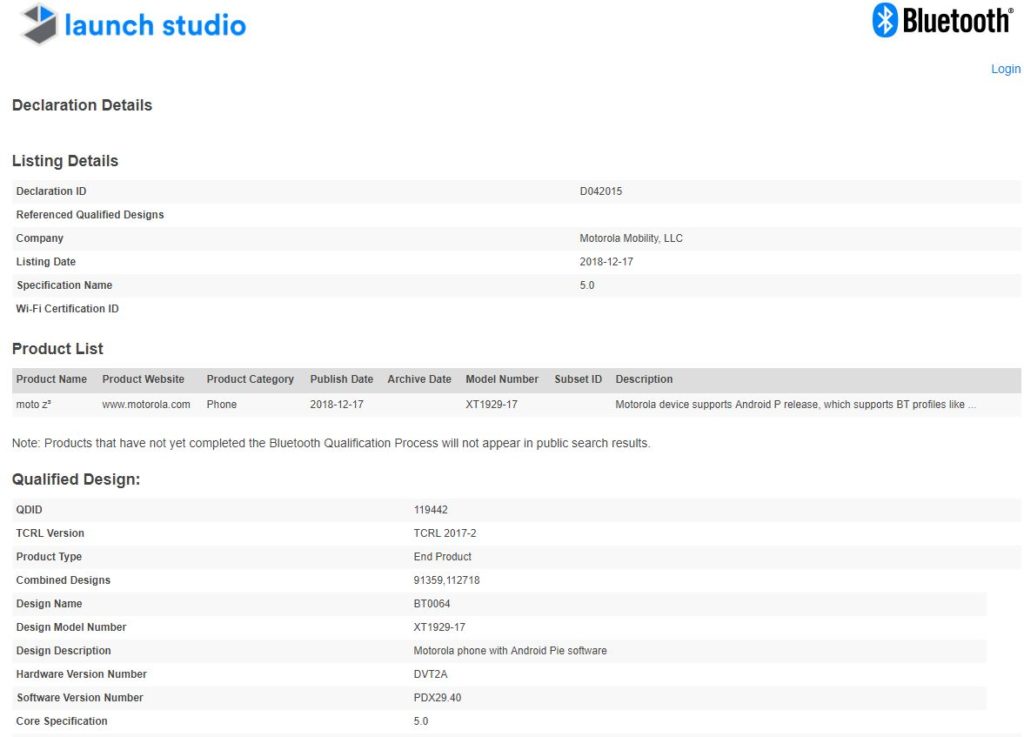 Ahead of the Android Pie update rollout, the Moto Z3 running the latest Android version has been spotted on Bluetooth certification authority’s website. The US variant of the device for Verizon telecom operator with the model number XT1929-17 has been certified by Bluetooth SIG just earlier today. This suggests that the company is all set to release the Android Pie update for the Moto Z3 very soon.

For the uninitiated, the Moto Z3 was launched in August this year running Android Oreo out of the box. The phone features a 6-inch OLED display with an aspect ratio of 18:9 and a resolution of 2,160 x 1,080p. Powering the smartphone is a Snapdragon 835 SoC, aided by 4GB of RAM and 64GB of storage. Design-wise, the handset sports a glass sandwich design with a 16-pin magnetic connector to support Moto Mods accessories, and a side-mounted fingerprint sensor. 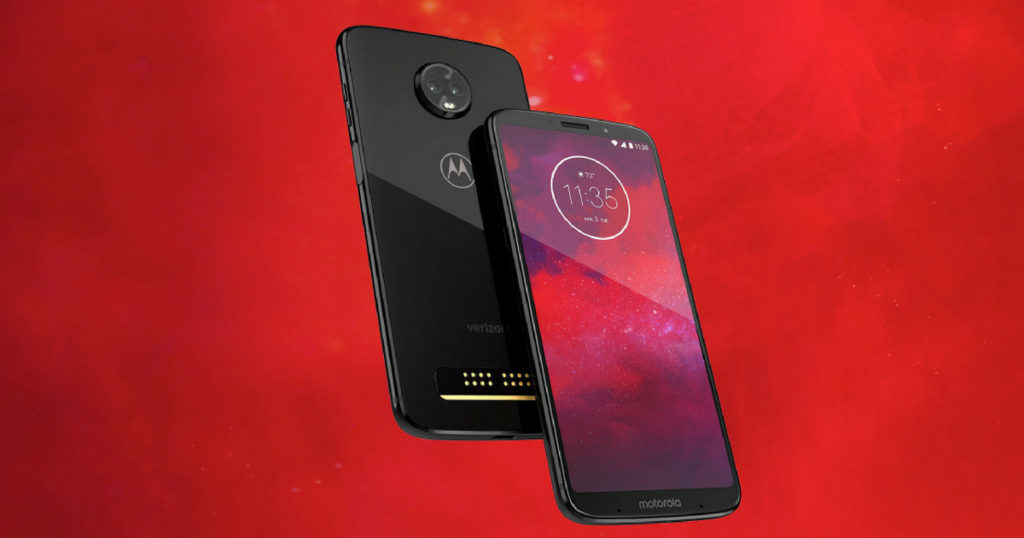 On the back, the Moto Z3 sports a pair of 12-megapixel cameras on the back, and an 8-megapixel shooter on the front. In terms of connectivity, the smartphone offers 4G LTE, Wi-Fi, Bluetooth 5.0, NFC, GPS, and a USB Type-C port. A 3,000mAh battery with support for TurboPower fast charging completes the list of the specifications.