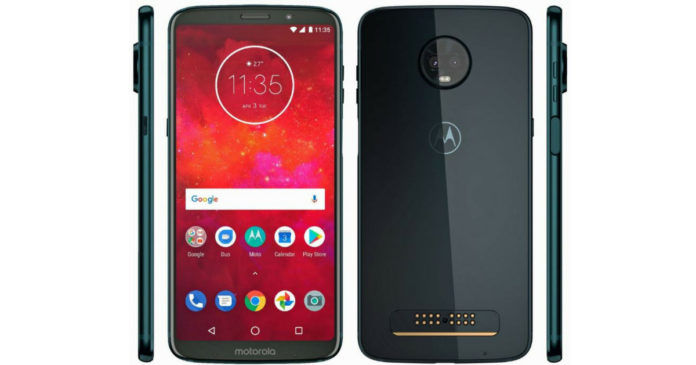 Motorola’s upcoming smartphone – Moto Z3 Play has witnessed a fair share of leaks and speculations in the recent past. We have already seen the smartphone’s design in alleged press renders, 3D renders, and Poetic’s case renders recently. The handset was last spotted in alleged hands on images earlier this month, giving us an idea of how the smartphone might look like. Now, noted tipster Evan Blass has revealed what looks like an official render of the handset in Deep Indigo colour.

In the renders shared by Blass, we can see that the smartphone will come with a premium glass sandwich design with a nearly bezel-less display on the front. One interesting change from the last generation Moto Z2 Play is the missing LED selfie flash on the upcoming smartphone. On the rear panel, we can see the circular dual camera module, batwing logo, and the 16-pin magnetic connector. The newly leaked render also reveals what is speculated to be the side-mounted fingerprint scanner along with volume rockers on the right edge and power button on the left. On the bottom, we can spot the USB Type-C port, whereas, the SIM slot is on the top. 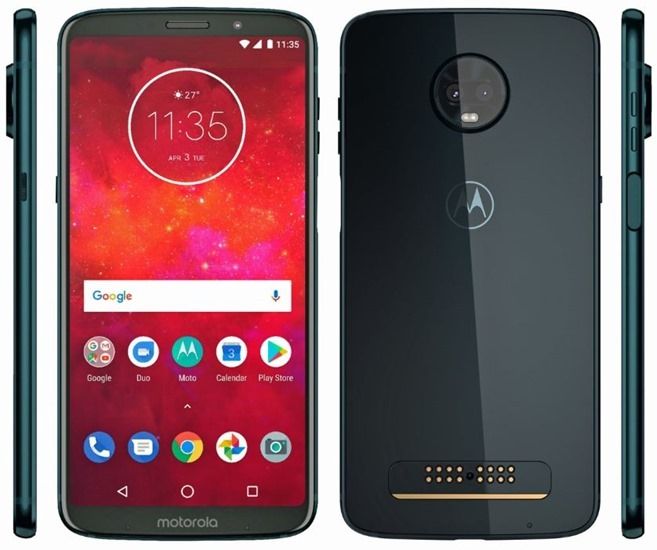 Coming to the spec sheet of the phone, it is tipped to come with a 6-inch, 18:9 display, and likely to be powered by a Snapdragon 636 processor. Moreover, if rumour mill is to be believed, the smartphone will be offered in two variants – 4GB RAM + 32GB storage and 6GB RAM + 64GB storage. In terms of optics, the dual camera module on the rear panel is expected to be a 12MP + 8MP setup. The front panel of the smartphone is expected to house a 5-megapixel selfie camera. A 3,000mAh battery completes the expected spec sheet.

At the moment, no further details regarding the price and availability of the smartphone are known yet. We will bring you more updates as and when they emerge, so stay tuned.