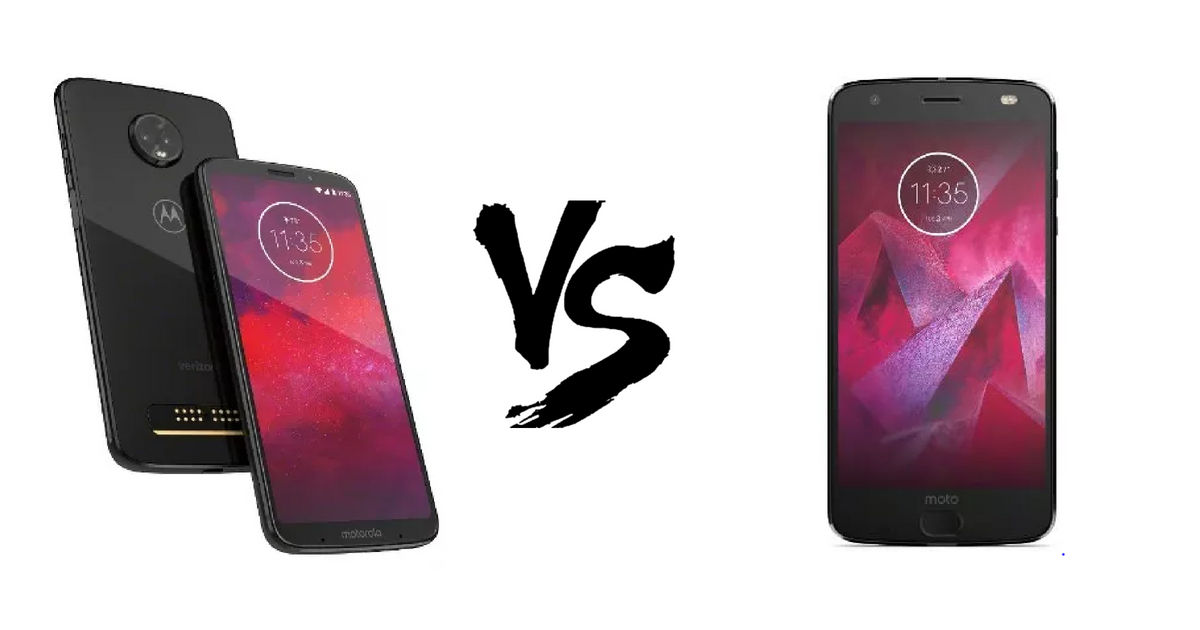 “The Moto Z3 is the world’s first smartphone with support for the next-gen cellular standard, thanks to the 5G Moto Mod”

The lenovo-owned handset maker, Motorola, is late to the party but has finally launched its flagship for the year – the Moto Z3. Alongside the handset, the brand also dropped the curtain from the 5G Moto Mod, in partnership with Qualcomm. Notably, the Moto Z3 comes as a successor to the Moto Z2 Force (review) and brings subtle changes over the predecessor. If you are wondering whether the new smartphone is a worthy upgrade, then this article is for you. So without any further ado, let’s compare the Moto Z3 with the Z2 Force.

Right off the bat, both smartphones look the same except for their construction material. However, there is an underlying factor that separates the last year’s Moto Z2 Force from the Moto Z3. The Z2 Force comes with the brand’s proprietary ShatterShield tech, which uses a five-layer panel to make the screen shatterproof. The rear panel is 7000 series aluminium with a brushed metal finish. On the contrary, the Moto Z3 force features the more conventional Corning Gorilla Glass on both front and rear panels, which might be scratch-resistant but not as sturdy as its predecessor.

Moving on to the actual display, the Moto Z2 Force features a 5.5-inch P-OLED panel with a quad-HD resolution. However, the display comes with the conventional 16:9 aspect ratio. The Motorola Moto Z3 on the other hand, takes a more modern approach with an 18:9 AMOLED screen, which measures 6-inches diagonally and strangely enough, offers a full HD+ resolution.

The slimmer bezels on the Moto Z3 mean that the brand had to move the fingerprint scanner to the right side… not that we are complaining, as it’s more convenient. 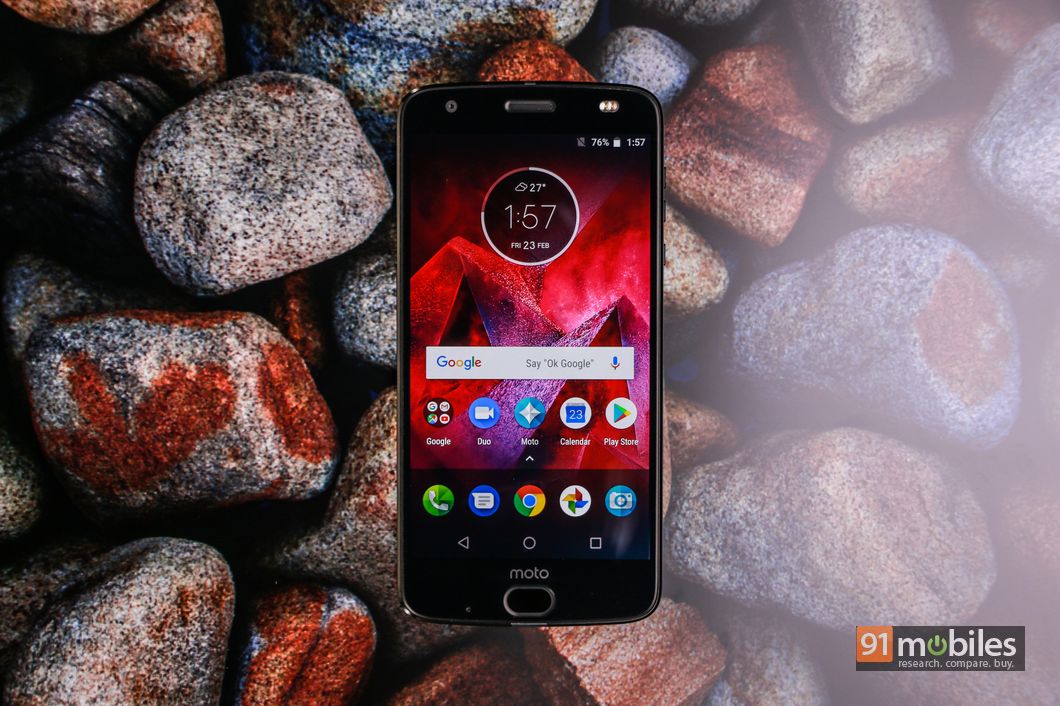 The next upgrade comes in form of the selfie shooter, as the Moto Z3 offers an 8-megapixel shooter. In comparison, the Z2 Force comes with a 5MP shooter on the front. Lastly, the batteries powering these handsets are also different as the latest launch comes with a 3,000mAh cell, whereas the Z2 Force has a smaller 2,730mAh unit. It’s worth mentioning however, that in India, Motorola is offering a free Moto TurboPower Pack mod with Z2 Force, which adds an extra 3,490mAh battery to the device. 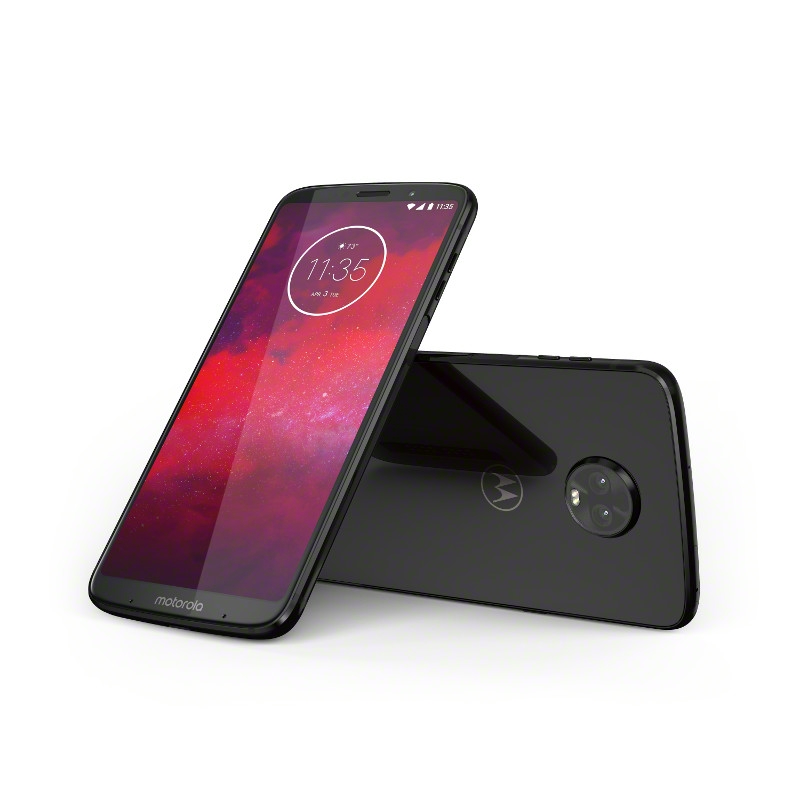 Coming to the similarities, the devices share their internals with the Snapdragon 835 chipset powering them. This is quite surprising considering SD835’s successor is already powering this year’s flagships. But what’s more surprising is that the Z3 gets 4GB of RAM, which is lesser than the 6GB memory on the Z2 Force. However, the built-in storage remains the same for both at 64GB. Moving on, both these smartphones get an identical dual-camera module on the rear panel with a pair of 12-megapixel shooters. Additionally, they both run the stock Android Oreo out of the box and feature proprietary Moto Actions.

Lastly, both flagships from the brand come with a 16-pin magnetic connector on the back and support all Moto Mods. Also, the brand has only launched a single black hue for both smartphones. However, this is where the similarities between the two end.

The Motorola Moto Z2 Force is already available in India with a price tag of Rs 34,999 and can be picked up from Flipkart. The Moto Z3 on the other hand, has been priced at $480 (~Rs 33,000) and will be available from Verizon in the US for the time being. It remains to be seen if and when the brand will be launching the smartphone in the subcontinent. 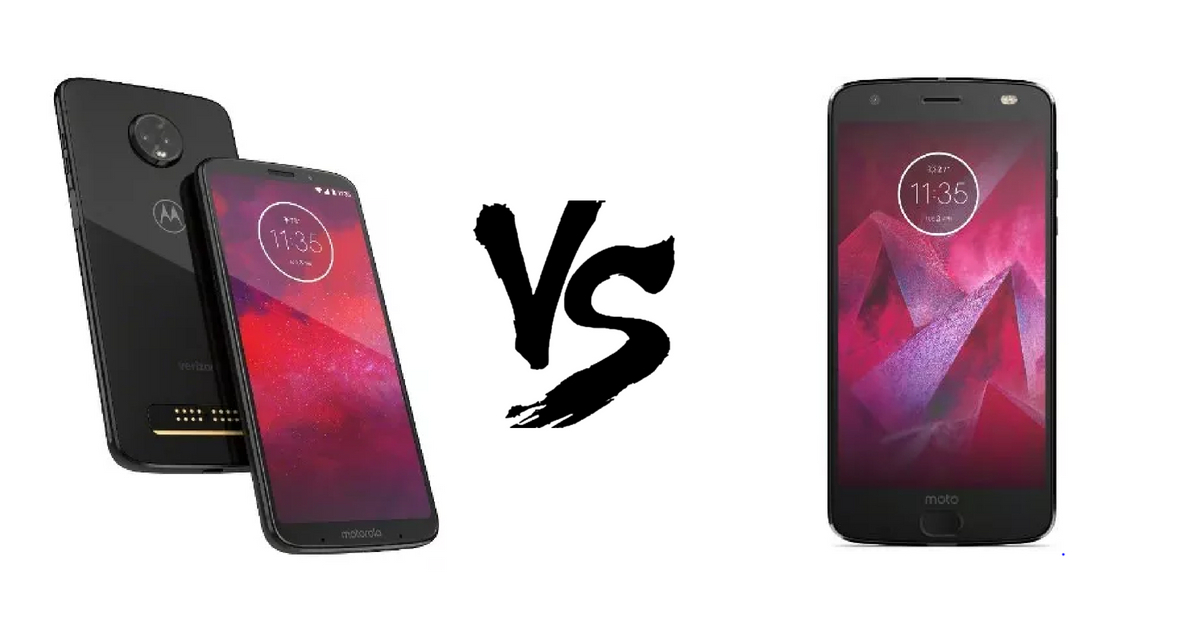 It’s now clear that while the Motorola Moto Z3 comes with better aesthetics and slightly improved cameras, it’s not that different from its iteration, especially when you consider performance. While both smartphones support Moto Mods, the Z3 will also get a 5G modular accessory early next year, which will make it the world’s first phone to be able to support the next-gen cellular standard… giving it an undeniable advantage.