Motorola Nio flagship is said to be in the works and thanks to a recent leak, we’ve come across the alleged specifications of the phone, including the Snapdragon 865 SoC, 64MP triple-camera setup and 128GB storage. While the leak mentioned the Motorola Nio will have 90Hz refresh rate, Mishaal Rahman of XDA Developers claims it will have a peak refresh rate of 105Hz, which is quite odd considering we’re used to seeing 90Hz, 120Hz and 144Hz screen. Adam Conway of XDA Developers speculates that Motorola might just be testing the 105Hz refresh rate and might cap it to 90Hz for the final product. 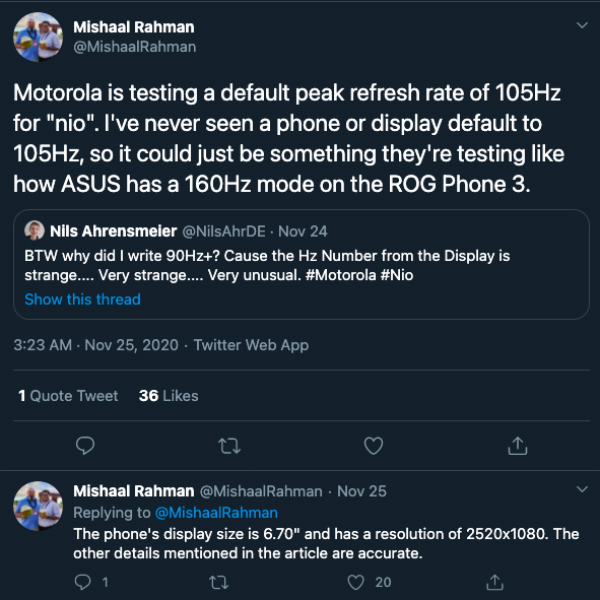 Motorola Nio is said to launch in Q1 2021 but the exact timeline isn’t revealed yet. The handset could debut as a brand new flagship from the Lenovo-owned brand but there’s also a chance it may debut in the Edge lineup. We should learn more details going forward. Stick around.