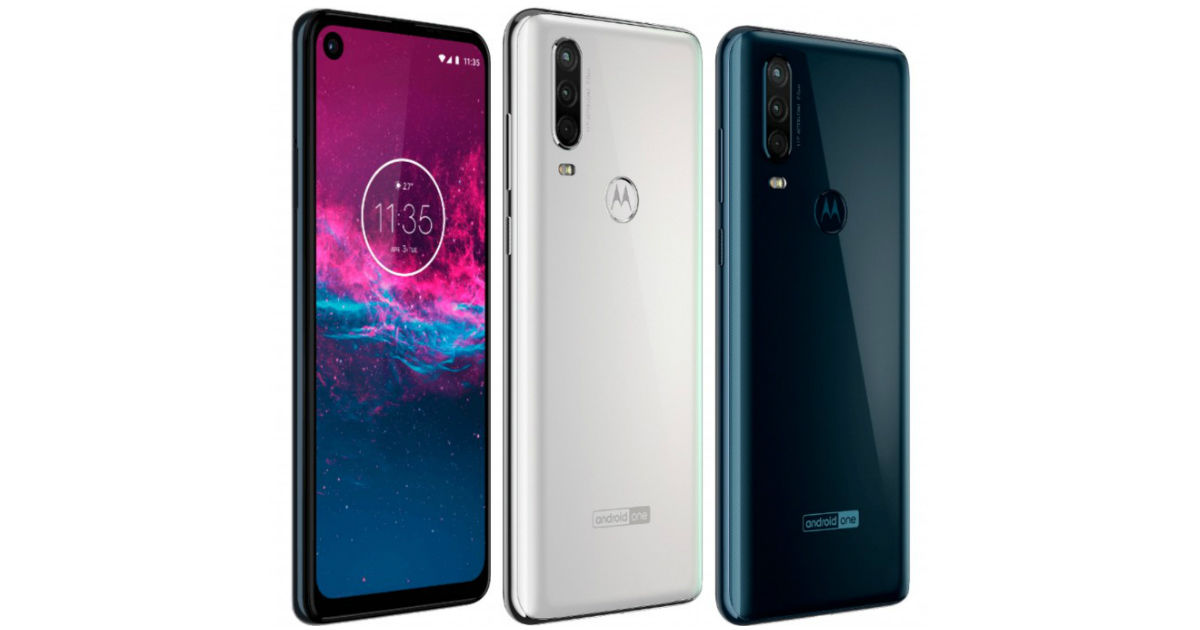 “Motorola One Action mid-range phone is expected to come with a 6.3-inch display, Exynos 9609 SoC, and run on Android 9.0 Pie”

Motorola One Action has been in the news for a while now. The handset received NBTC certification in Thailand and also surfaced on Google Play Console and Android Enterprise Recommended listings. Now, amidst the leaks, promotional renders of the Motorola One Action have surfaced in white and blue/green colours, revealing the design in its full glory. The handset is expected to sport a 6.3-inch full-HD+ display with a resolution of 1,080 x 2,520 pixels and pack a punch-hole design to house the 12.6MP snapper for selfies. Like its predecessors, the Motorola One Action is likely to be a part of the Android One program and boot Android 9.0 Pie.

The renders clearly show a triple camera setup at the back, consisting of a 12.6MP primary rear camera, a secondary ultra-wide-angle lens with a 117-degree field-of-view and a third lens, presumably a depth unit. According to previous reports, the Motorola One Action is powered by Samsung’s Exynos 9609 mobile platform with Mali G72 GPU. The handset is expected to be offered in three variants; 3GB + 32GB, 4GB + 64GB, and 4GB + 128GB storage that could be further expandable. A 3,500mAh battery is said to fuel the phone. The smartphone will likely have NFC connectivity as well.

The handset could have a tall 21:9 aspect ratio and slightly curved edges at the back. The renders show a Moto dimple at the back, likely with a fingerprint sensor embedded into it for security. Lenovo-owned Motorola is yet to announce when it would be launching the Motorola One Action smartphone. Given the series of leaks and rumours, the launch seems imminent. We should know more details soon.