91mobiles.com
Home News This Motorola phone with a pop-up camera could take on POCO X2...
Highlights 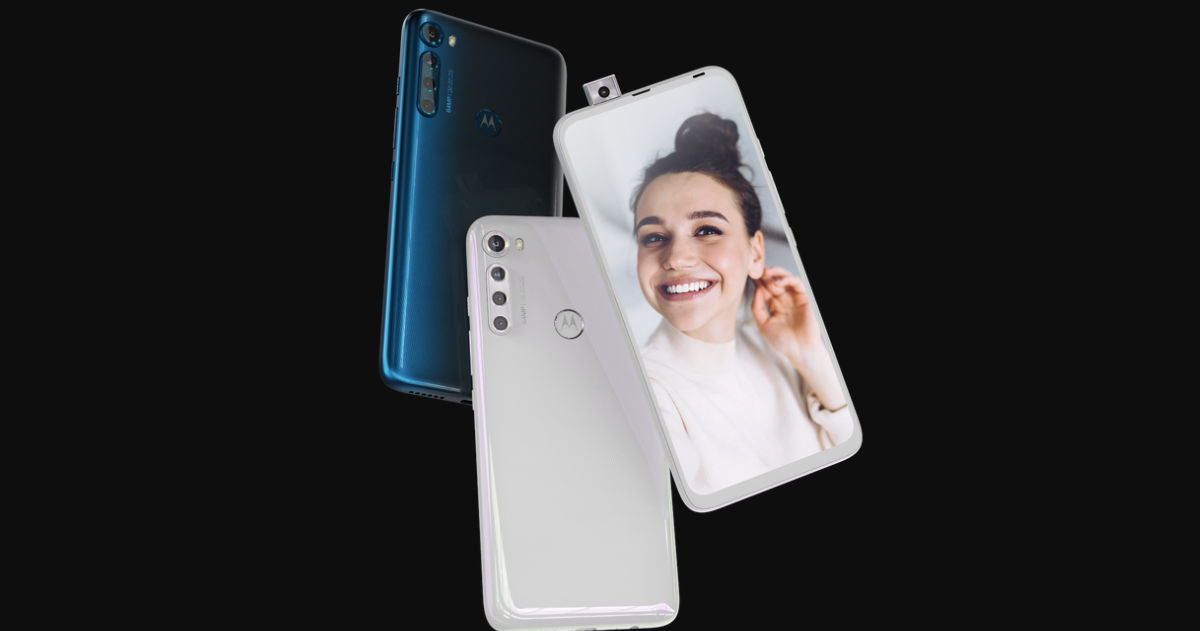 Motorola One Fusion+, which had been in the thick of leaks and rumours for quite some time, has been launched in Europe. The handset is an Android-powered mid-range offering from Lenovo-owned Motorola. Some key Motorola One Fusion+ specs include a pop-up selfie camera, Snapdragon 730 SoC, and a large 5,000mAh battery. The phone also features quad camera setup at the back with 64MP primary sensor and a rear-mounted fingerprint scanner. As reported by 91mobiles previously, the Motorola One Fusion+ will launch in India soon and here’s a look at its price and full specifications.

Motorola One Fusion+ specifications include a 6.5-inch full-HD+ LCD display with 1,080 x 2,340 pixels resolution, 19.5:9 aspect ratio, and 395 ppi pixel density. The phone runs near stock-Android 10 out of the box and is powered by Qualcomm Snapdragon 730 chipset under the hood. The chipset is paired with 6GB of RAM and 128GB storage, which can be further expandable up to 1TB by adding a microSD card. The phone has hybrid dual SIM slots and a rear-mounted fingerprint sensor.