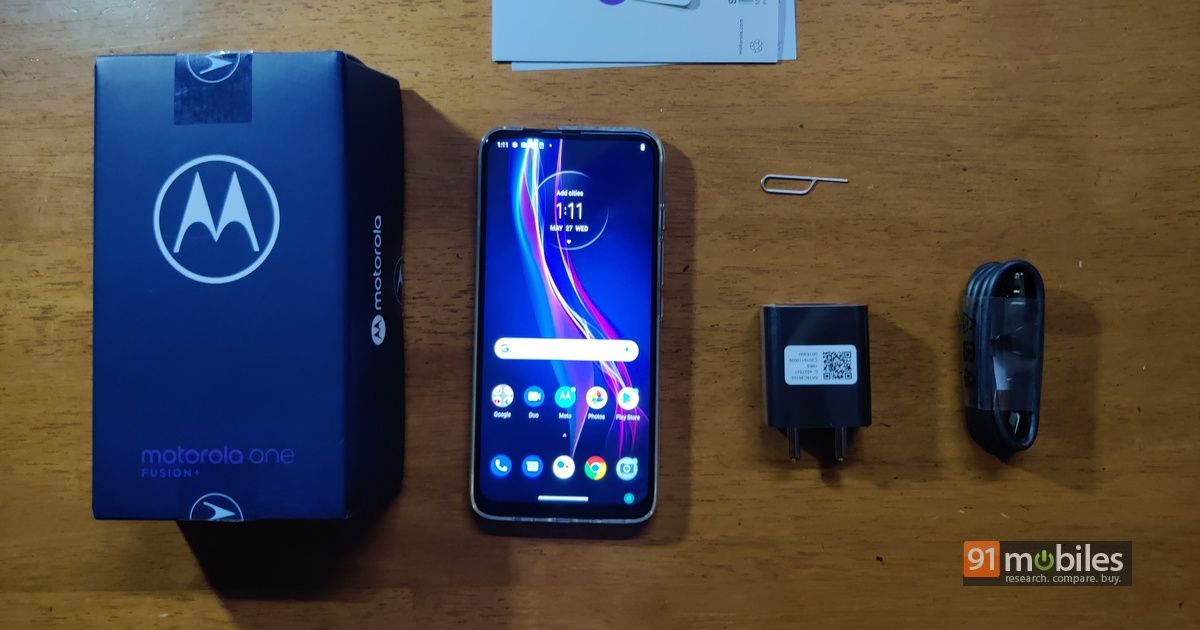 We have yet another smartphone from the Motorola stable and it comes in the form of the Motorola One Fusion+. It is a new mid-range offering from the Lenovo-company, which falls in line with its Moto G-series of yesteryears. Amongst the many features on the phone is a motorised pop-up camera giving the phone an uninterrupted and bezel-less display. Launched at a price of Rs 16,999 for the single 6GB + 128GB storage version, the Motorola One Fusion+ competes with Redmi Note 9 Pro Max and Realme 6 Pro (review). While a full review will determine if the Fusion+ is a worthy option, here is the unboxing and my first impressions of the device. 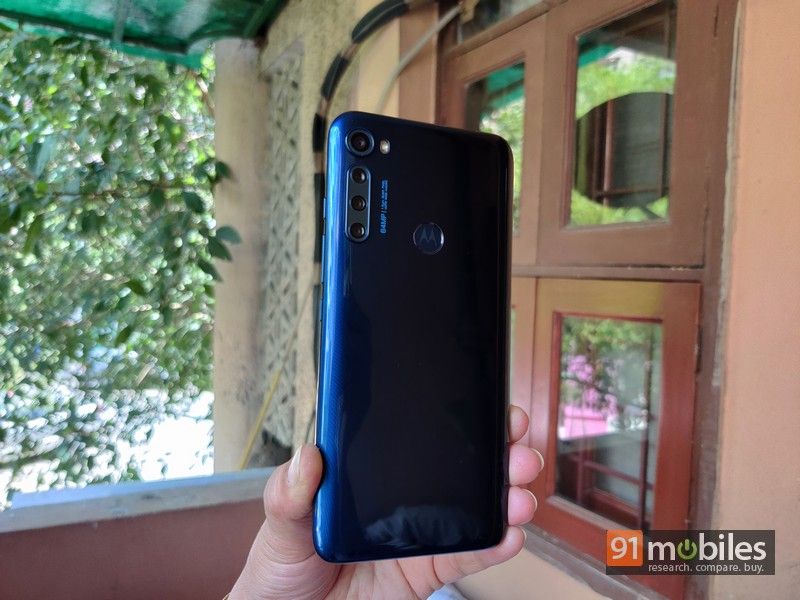 The unboxing experience of the Motorola One Fusion+ is pretty standard. On the top, you get the phone in all its glory along with the usual documentation you get with the purchase of any smartphone. There is a charging brick and a USB Type-C cable present at the bottom along with two SIM card ejector tools. Apart from that, I found that the device already had a clear plastic case within the box itself. 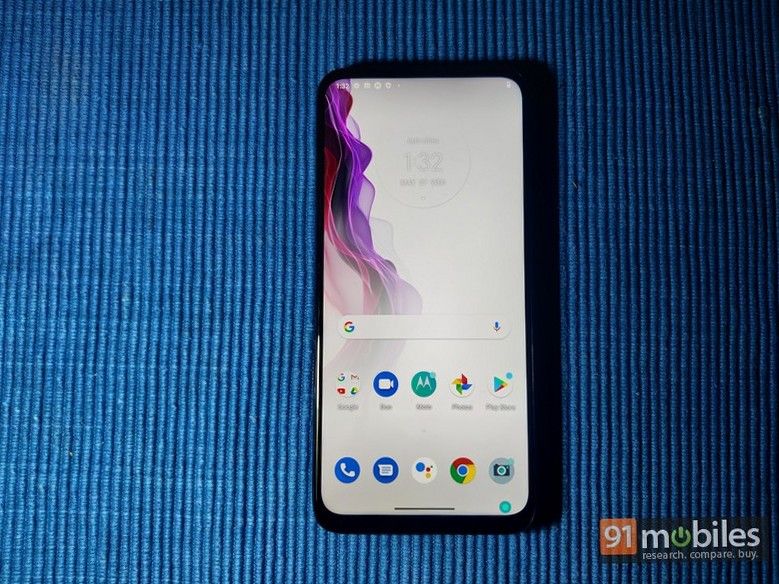 Talking about the design of the device, it sports a 6.5-inch IPS LCD panel with FHD+ resolution and a 19.5:9 aspect ratio. Motorola has claimed that it has the only phone in its price range which has both HDR10+ and DCI-P3 colour gamut support. However, the screen comes with a standard 60Hz refresh rate. As mentioned earlier, the phone has no notch or punch hole of any kind and has instead opted for a pop-up selfie camera. 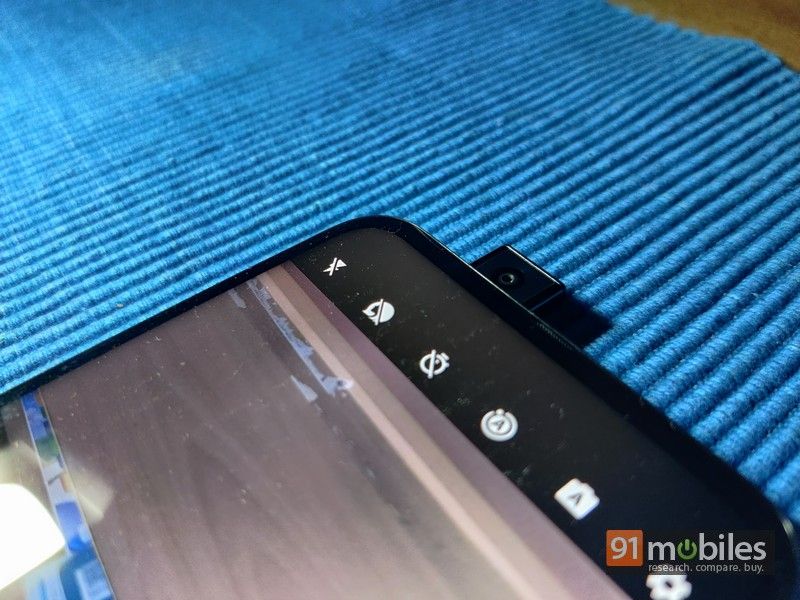 We have received the Twilight Blue variant of the device, and the back of the phone is made from a polycarbonate material. In terms of buttons, the phone has a dedicated button for summoning the Google Assistant along with the standard volume rockers and power buttons. The device has a 3.5mm headphone jack along with a Type-C port and a speaker grille, all of which are present at the bottom.

Talking about the chipset, Motorola One Fusion+’s processing is taken care of by the Qualcomm Snapdragon 730G chipset. The phone has only a single 6GB RAM + 128GB variant and there no option to expand the storage. On the software side of things, the Moto One Fusion+ offers a clean stock Android experience running on the latest Android 10. The company has said that it will guarantee at least one incremental upgrade to Android 11. 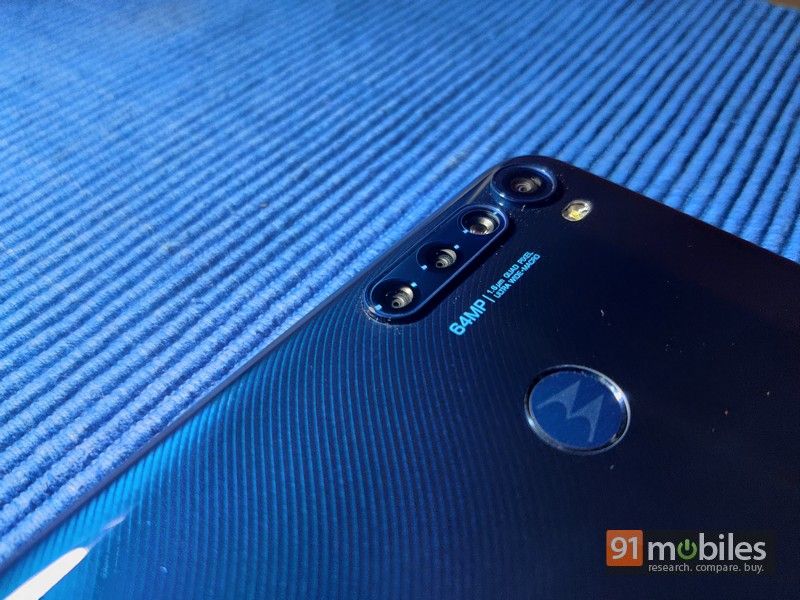 Optics-wise, the Motorola One Fusion+ has a 64MP quad-camera setup which includes an 8MP ultra-wide lens, 5MP macro shooter, and a 2MP depth sensor. The pop-up camera mechanism houses a 16MP sensor. My initial impressions of the camera were quite impressive. Wait for my full review for a detailed outlook on the device’s camera. On a side note, the pop-up mechanism for the Moto One Fusion+ is not as fast at opening up as I had expected.

On the battery front, the Moto One Fusion+ happens to have a 5,000mAh battery which supports up to 15W of fast charging. Connectivity options on the device include dual-SIM 4G VoLTE support, Bluetooth v5, Wi-Fi 802.11ac, GPS, 3.5mm audio jack, and USB Type-C port. 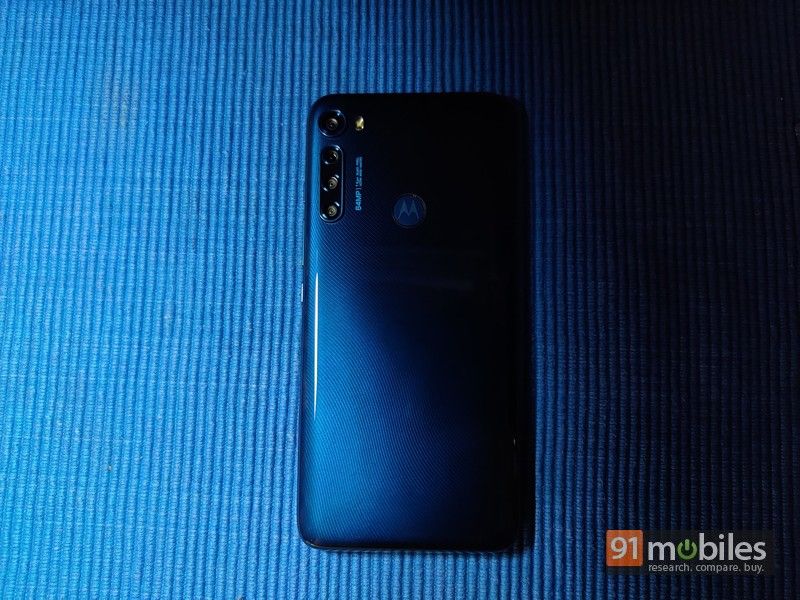 On paper, the One Fusion+ happens to have a lot of things going for it such as a good mid-range chipset, ample amount of RAM, and storage along with a decent set of cameras. Add to that the HDR10+ and DCI-P3 support along with a bezel-less display and you can see why the Moto One Fusion+ could be considered a compelling option in the affordable segment. Stay tuned for my full review on the device.