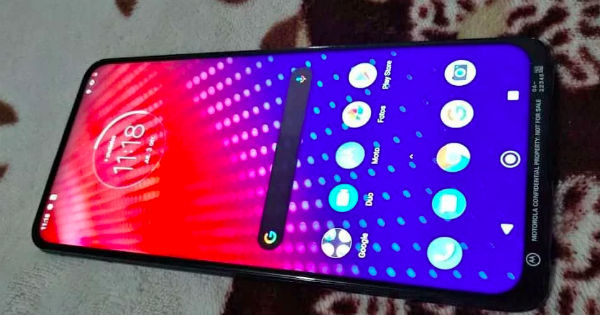 Apart from this, the Motorola One Hyper is said to have the model number XT027-1. The handset will reportedly be powered by Snapdragon 675 chipset and run the latest Android 10 OS out of the box. The phone could house a 6.39-inch IPS LCD screen that bears Full-HD+ resolution and 19.5:9 aspect ratio. For photography, there will be a 32-megapixel selfie shooter on the front and a dual-camera setup at the back that comprises of 64-megapixel primary sensor and 8-megapixel depth-sensing unit. The phone may also come with a 4GB RAM, 128GB storage onboard, a rear-mounted fingerprint scanner, NFC, and a 3600mAh battery.

That’s all we know about the handset so far! The Moto G8 series, meanwhile, is expected to come in as many as three models. There will be Moto G8, Moto G8 Play, and Moto G8 Plus replacing the models of Moto G7 series from earlier this year. The handsets will reportedly feature a dot notch screen, a rear-mounted fingerprint scanner, and up to quad-rear camera setup. As for the specifications, the Moto G8 Plus is tipped to rock Qualcomm Snapdragon 665 SoC and a 6.3-inch display. The Moto G8 Play, on the other hand, sports a MediaTek Helio P60 SoC and a 6.2-inch, HD+ display.