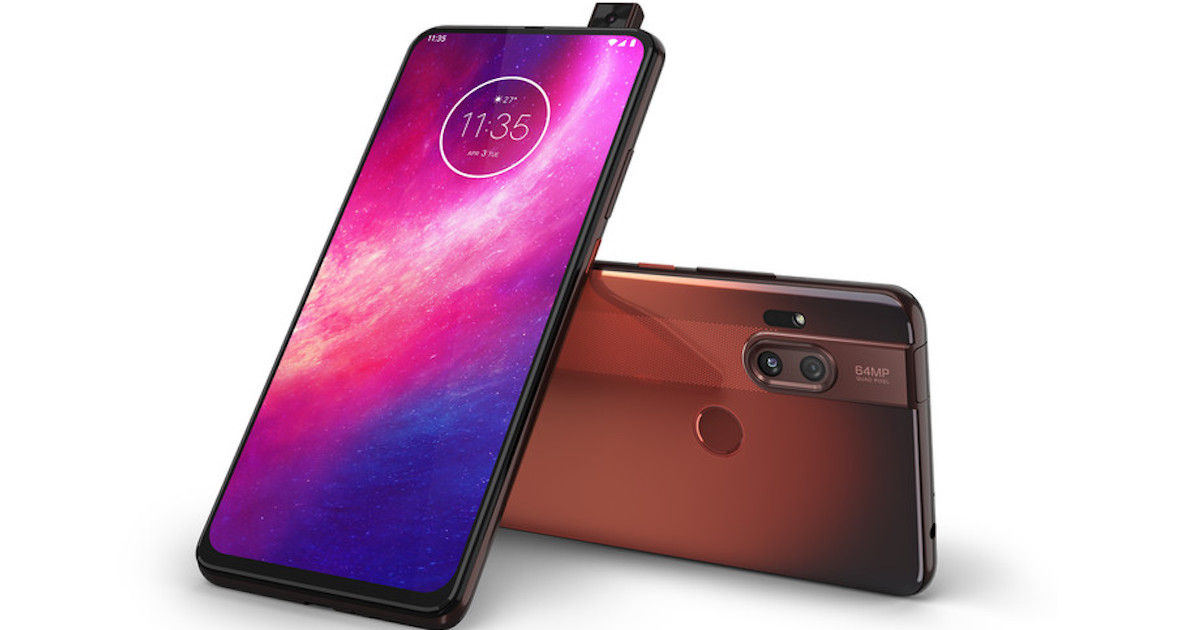 Motorola One Hyper smartphone has launched and it is officially the company’s first smartphone with a pop-up selfie camera design. The smartphone also touts a dual camera module at the rear, which includes Samsung’s 64MP ISOCELL Bright GW1 sensor. Motorola One Hyper comes running the latest Android 10 out of the box to take care of software side of things, sports an edge-to-edge screen with no bezel or notch, and has Qualcomm’s mid-range chipset ticking at its core. The back panel of the phone seems to have a glass layer, with a camera module that will remind you of the Vivo V17 Pro, at the top-left corner and fingerprint scanner at the centre. 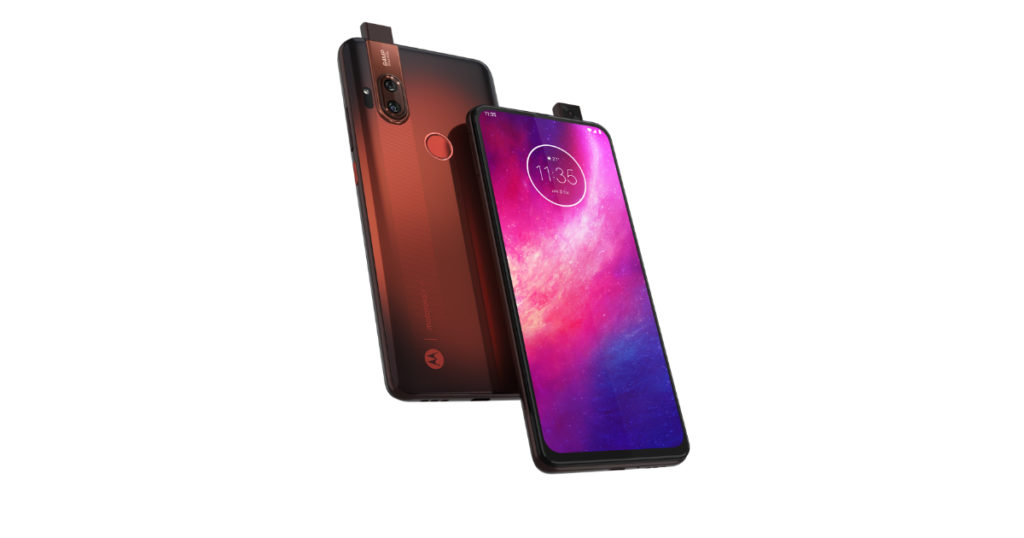 The Motorola One Hyper price is set at $400 that roughly translates to Rs 28,600 in the Indian currency. The handset comes in Deep sea blue, dark amber, and fresh orchid hues, which will be available for sale from Motorola.com starting today in select countries in Europe and Latin America. There is no word over the Motorola One Hyper India launch yet.

Coming to the specifications, the Motorola One Hyper ships with a 6.5-inch LCD IPS screen that bears full HD+ resolution, 19:9 aspect ratio, and 85 percent screen-to-body ratio. The handset is powered by Qualcomm Snapdragon 675 SoC paired with 4GB of RAM and 128GB storage onboard, which is further expandable up to 1TB using a microSD card. The phone is driven by near stock-Android 10, with Motorola’s custom skin atop, out of the box. A 4,000mAh battery with an impressive 45W Hyper Charging fuels the Motorola One Hyper. The company claims that the handset can last up to 38 hours on a single charge.

In the camera department, the Motorola One Hyper packs 64-megapixel main rear camera, with night vision mode, aided by 8-megapixel wide-angle lens that has a 118-degree field of view. The phone’s front camera gets a 32-megapixel shooter, also with night vision mode, for selfies and video calling. The One Hyper bears a rear-mounted fingerprint scanner for security, power and volume hardware buttons on the right spine, and Water-repellent coating for splash resistance. There is a customisable light ring that can alert for calls and messages as well.