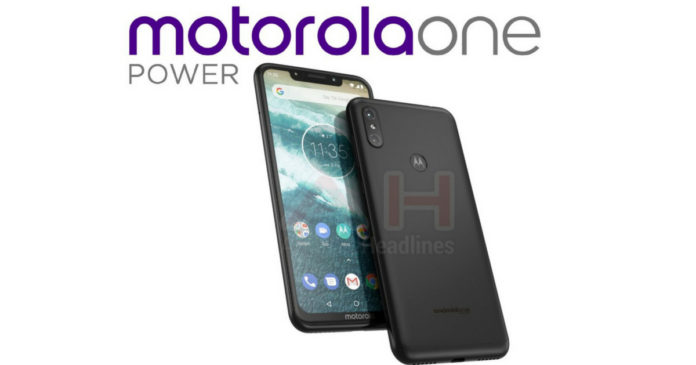 Ever since the American handset maker Motorola was acquired by Google, the brand simplified its approach and has been launching Moto branded smartphones. Even when the company changed hands from Google to Lenovo, it retained the branding as ‘Moto By Lenovo’. However, if the newest leak on the web is to be believed, the handset maker is retracing its steps and bringing back the iconic Motorola branding with a new Android One-powered smartphone.

First reported by AndroidHeadlines, the handset maker seems to be working on a smartphone allegedly called the Motorola One Power. In the image shared by the publication, we can see that the smartphone will come flaunting the taller 19:9 display as it embraces the display notch. We can also see the complete ‘Motorola’ branding on the chin instead of the ‘Moto’ logo that we were used to seeing on the recent Moto smartphones. On the rear panel, we can see the vertically stacked dual camera module in the top left corner with LED flash sandwiched in between. The iconic Motorola batwing logo can also be seen and is expected to have the fingerprint scanner embedded in it. 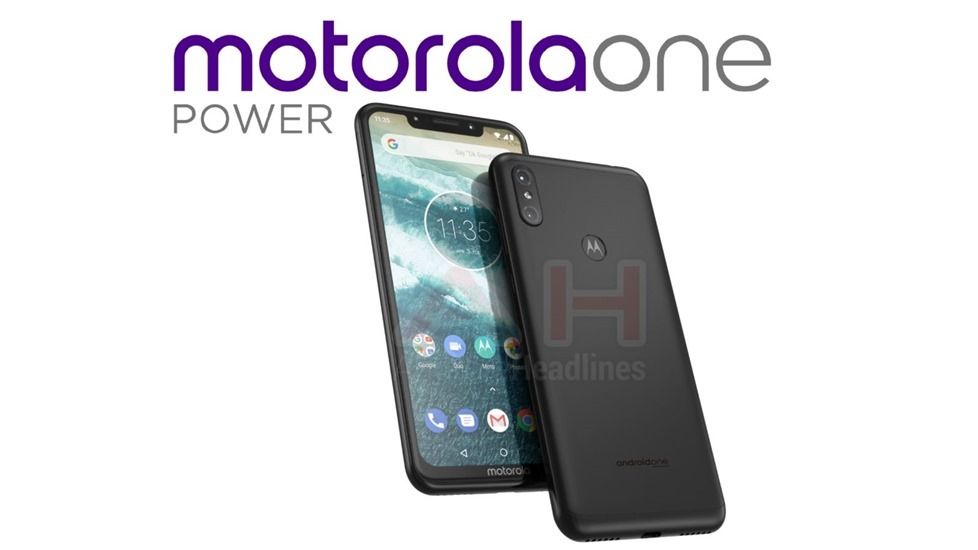 Another interesting revelation from the latest leak comes in form of the Android One branding on the rear panel. This means that the upcoming Motorola One Power could be the second Android One-powered smartphone from Motorola announced for the release in States. The Motorola Moto X4 from the brand was the first ever Android One-powered smartphone to be launched in the US. While the Motorola One Power could find its way to other markets as well, at this point all that is known is that the device is headed to the US.

Apart from the alleged design and Android One branding, nothing much is known about the upcoming smartphone at this point. We will bring you more updates as and when they emerge, so stay tuned.