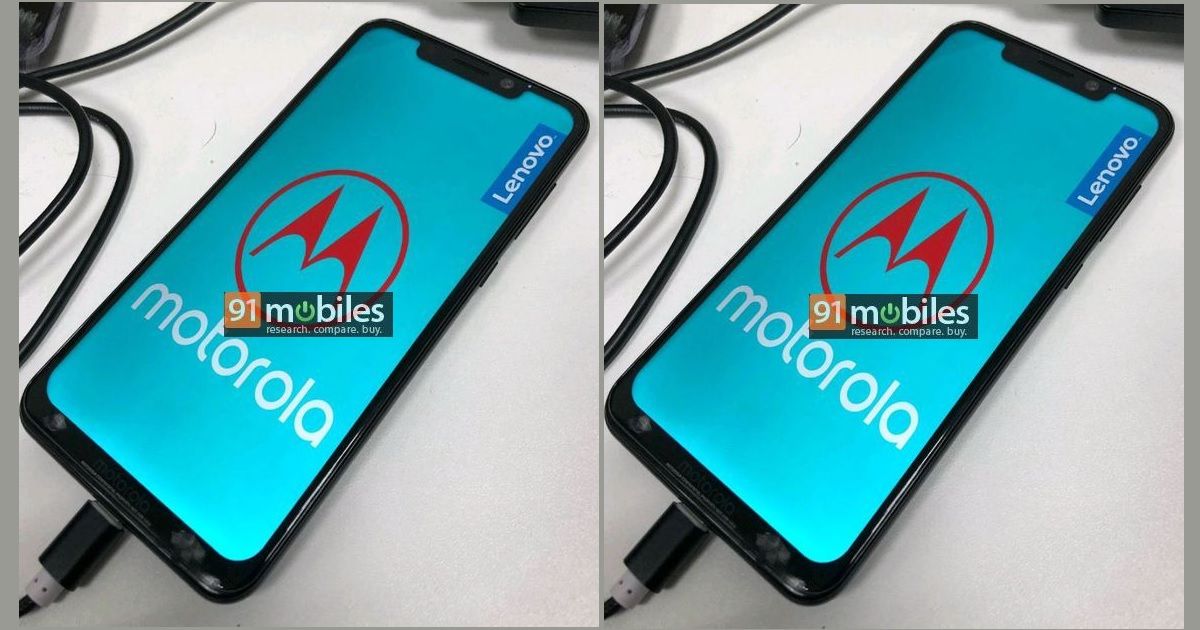 Several reports lately have suggested that Motorola is planning to launch an Android One smartphone in the near future. The phone is rumoured to arrive as a successor to the Moto X4. The upcoming device is expected to be called the Motorola One Power. We have already seen a couple of leaked photos of the upcoming handset. Now, the purported full specifications of the Motorola One Power have been leaked via a promotional poster. 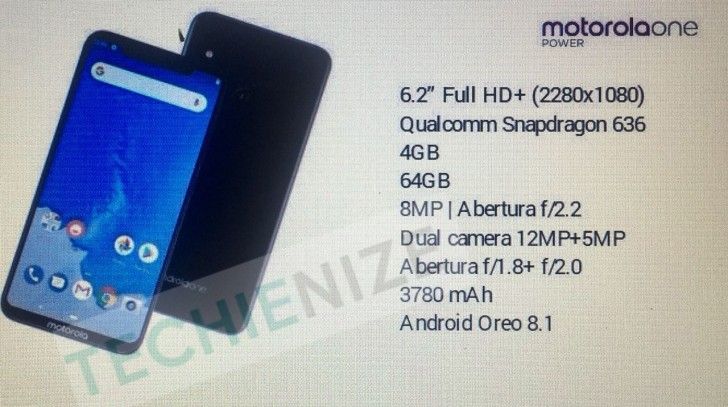 As per the leaked photo, the Motorola One Power could feature a 6.2-inch display bearing a resolution of 2,280 x 1,080 pixels. The image in the poster indicates that the handset will feature a notch above the screen, which is said to be home to the selfie camera and other sensors. The phone is expected to be powered by a Qualcomm Snapdragon 636 processor.

The poster also suggests that the Motorola One Power will arrive with 4GB of RAM and 64GB of native storage, which will likely be further expandable via a microSD card. At the rear, the handset is said to feature a 12-megapixel primary snapper with an aperture of f/1.8, aided by a 5-megapixel secondary shooter with an aperture of f/2.0. Software-wise, it is expected to boot Android 8.1 Oreo, while a 3,780mAh battery will keep the show running.

The specs in the poster of the Motorola One Power contradict with a recent leak. As per the earlier report, the phone is said to offer a 16MP+5MP dual camera setup at the rear, and a 16MP selfie camera. The previous leak also mentioned the presence of 6GB of RAM on board as opposed to 4GB. However, it’s being speculated that the brand could launch two variants of the handset.

There’s no way to confirm the authenticity of the leaked specs at the moment, so it’s advisable to take them with a pinch of salt. As of now, there’s no word when the vendor is planning to launch the Motorola One Power.