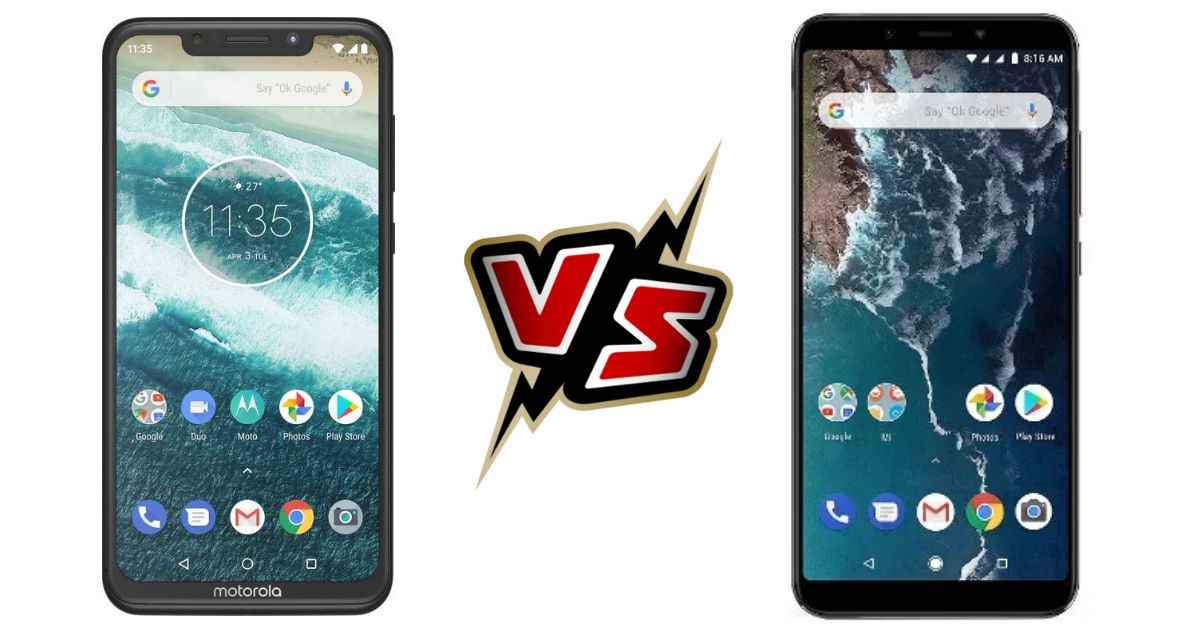 “While the One Power ships with the Snapdragon 636 chipset, the Mi A2 is fuelled by the SD660 processor”

Motorola unveiled its One Power (first impressions) smartphone during 2018’s IFA in Berlin, and the phone has now finally made its way into India. Priced attractively at Rs 15,999, this handset touts large battery and a dual-camera system at the back. Xiaomi‘s Mi A2 may not have a similarly large battery, but it does have its own set of impressive cameras on the rear. And what makes these two phones competitors is the fact that they are part of Google’s Android One program. So if you are wondering which of these is a better buy, then here’s a detailed comparison between the Motorola One Power and Mi A2.

The first thing that will grab your eye when you look at the Motorola One Power is its notch. While the phone has glass on its front, its rear surface is made from polycarbonate that carries a glass-like finish. The Mi A2, despite not having a notch-bearing display, offers minimal bezels on its front surface. Xiaomi’s offering also seems to be more robust as it’s made from aluminium. The placement of the dual camera and fingerprint scanner on both these phones is the same. One thing that’s missing from the Xiaomi handset however, is the headphone socket. Both these phones come with USB Type-C connectors for charging and data transfers. 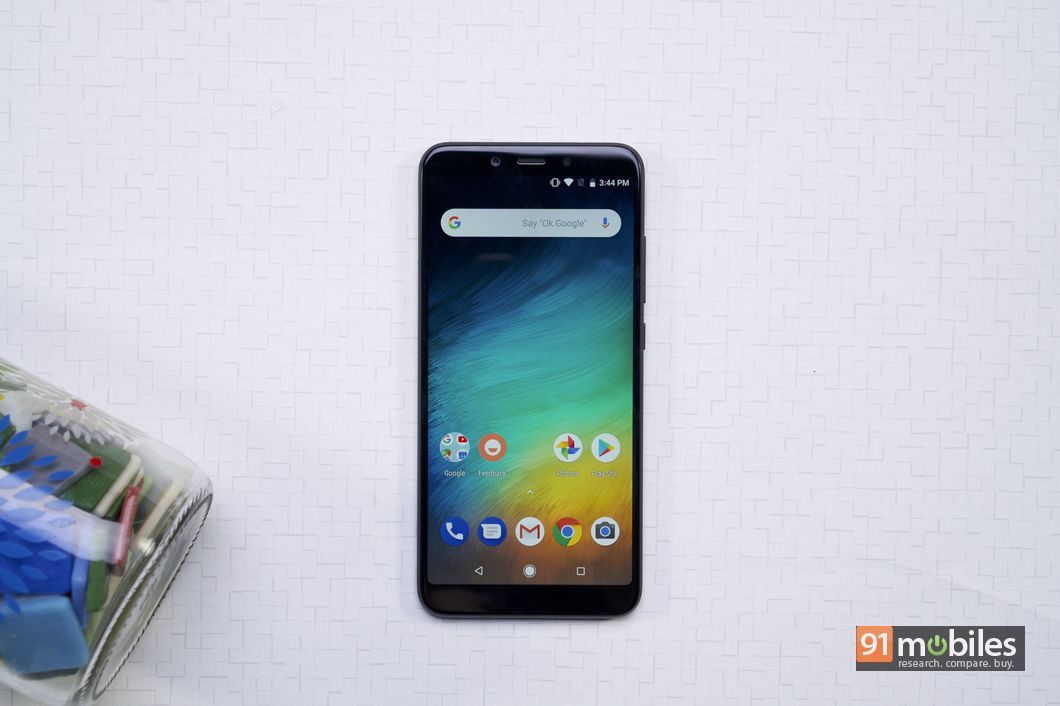 Motorola has bestowed the One Power with the Snapdragon 636 chipset, which comes with a 1.8GHz octa-core CPU and an Adreno 509 GPU. The Mi A2 on the other hand, has gone for the slightly better Snapdragon 660 SoC that has a 2.2GHz octa-core processor and Adreno 512 graphics. This definitely gives Xiaomi’s smartphone an edge over the Motorola handset. Both the One Power and the Mi A2 ship with 4GB of RAM and 64GB of storage. However, the Mi A2 doesn’t allow for storage expansion, while the storage on the One Power can be expanded further with the use of a microSD card.

Both the phones come with Android One software and run Android 8.1 Oreo. The only big alteration they make to the stock Android experience is that they use their own camera apps. And while the One Power delivers Motorola’s trademark gesture-based shortcuts, Xiaomi retains its File Manager and Mi Drop apps on the Mi A2. The companies have also promised an update to the latest build of Google’s OS, i.e. 9.0 Pie. 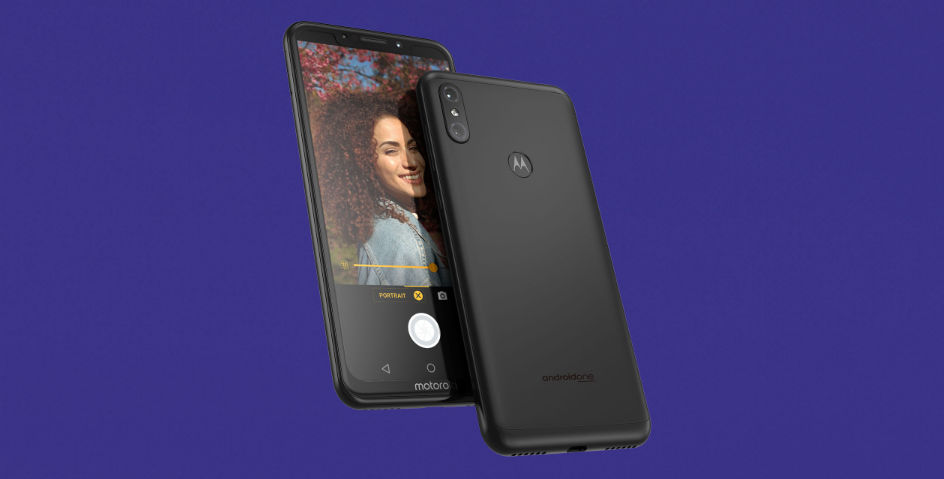 The Motorola One Power comes fitted with a dual-camera module consisting of a 16MP f/1.8 main camera and a 5MP f/2.2 depth sensor. The combination offers the ability to clock portrait images among other things. In contrast, Xiaomi’s Mi A2 features a 12MP + 20MP shooters on the back. Both the sensors are paired with f/1.75 lenses, giving the camera a big edge in low-light imaging. In terms of videos, both these phones can capture 4K videos. In the selfie department, the One Power ships with a 12-megapixel snapper, while the Mi A2 flaunts a higher-res 20-megapixel shooter. Both smartphones also offer software-based portrait mode for selfies.

The biggest strength of the Motorola One Power is its 5,000mAh battery. The cell guarantees two-day battery life. The 3,000mAh pack of the Mi A2 pales in comparison, though the handset does come with the support for QC4.0. In comparison, the One Power features Turbo Charging support, which promises to offer up to six hours of talktime within 15 minutes of charging. 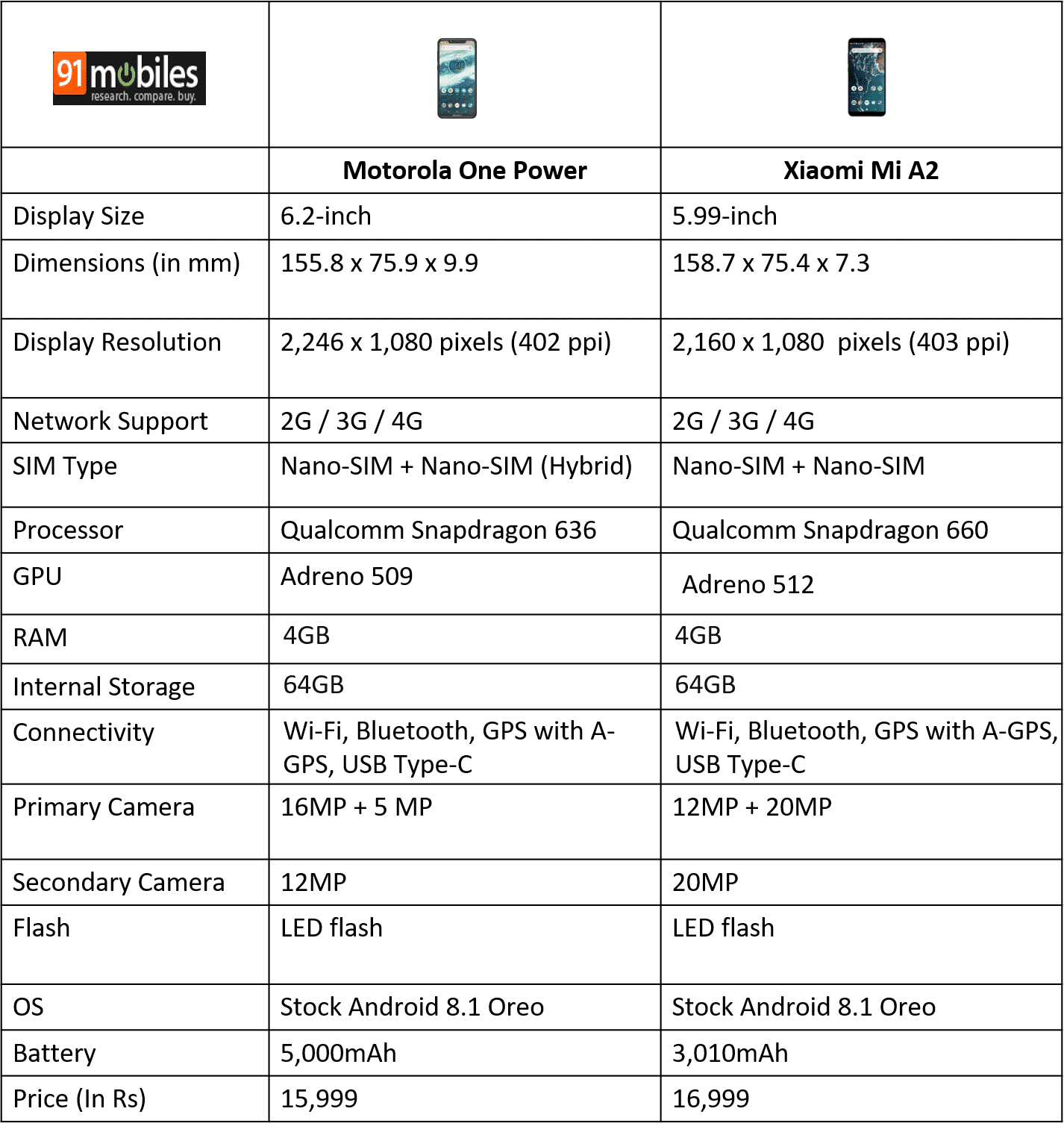 While both the Motorola One Power and Xiaomi Mi A2 are priced similarly and offer the promise of frequent Android updates, they’re quite different. The Motorola One Power will appease those who are looking for a device that can stay away from charger for long. Those fond of mobile photography however, would be more inclined towards the Mi A2. That said, the Xiaomi phone lacks a few important features like the 3.5mm audio socket and microSD card slot. Add to it the fact that the A2 might not be easy to purchase due to its flash sales model, and that makes the One Power an attractive proposition.