Last month, Motorola unveiled its latest One series smartphone called the One Vision in Brazil. Today, the company has launched the handset in India. The Motorola One Vision is the company’s first smartphone with a punch-hole display as well as a Samsung Exynos processor. The phone is a mid-range Android One offering with vanilla Android Pie, a glass back for a premium appeal, minimal bezels, and a dual primary camera setup. It is an Android One smartphone, so it will get upgrades for the next two versions of Android as well as software security support up to 3 years. The company also said all units of the Motorola One Vision sold in the country will be manufactured domestically as part of the government’s ‘Make in India’ programme. 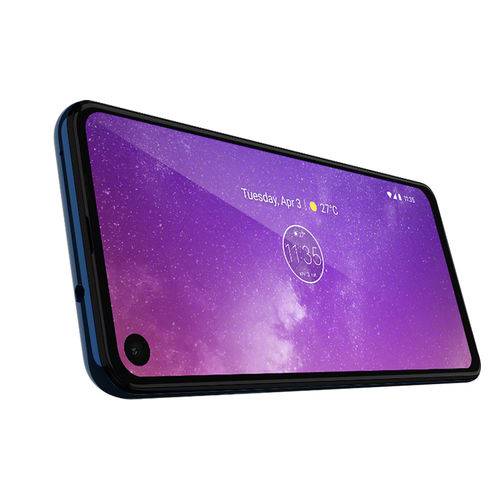 Motorola One Vision price in India

The Motorola One Vision price in India has been set at Rs 19,999 for the sole option with 4GB RAM and 128GB internal storage. It will be available exclusively via Flipkart in India and come in Bronze and Sapphire gradient colours. The former colour model will go on sale from June 27th at 12pm, while the latter will be available from the next few weeks.

As for the launch offers, the brand is offering a cashback of up to Rs 3,750 and additional data up to 250GB for Vodafone Idea users. Additionally, there’s a no-cost EMI for six months on purchases made via all bank debit and credit cards. It’s worth mentioning that the launch offers are available only till July 4th.

The Motorola One Vision sports a hole on the top-left side of the screen, which houses the selfie camera. While the top and side bezels are almost non-existent, the handset has a thick chin. At the rear, the device has a vertically-placed dual camera setup, apart from the fingerprint sensor in the middle. Apart from the stock version of Android 9 Pie, the phone also has features like Digital Wellbeing and a Night Vision mode that allows you to capture bright and sharp mages in low-light conditions. 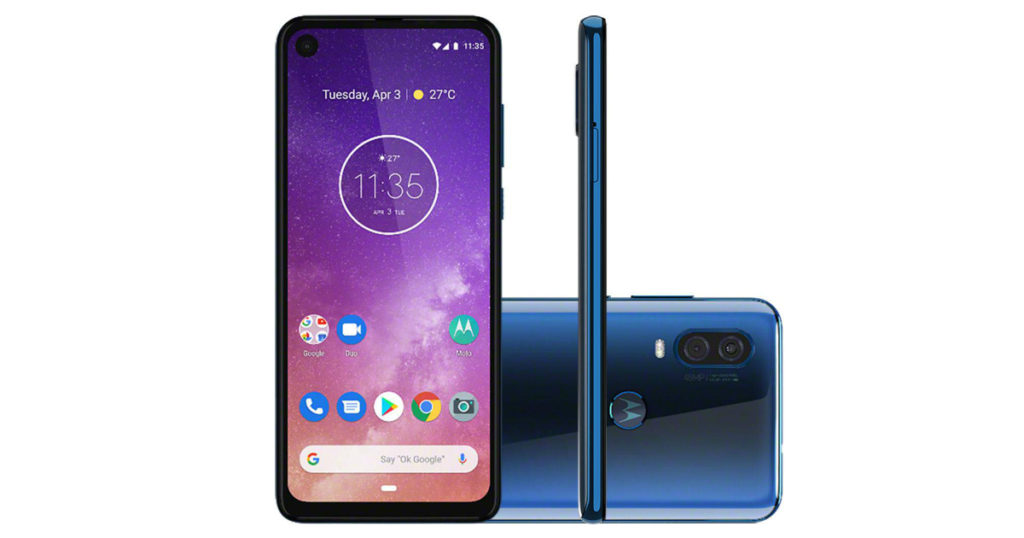 Moving on to the other specifications, the Motorola One Vision sports a 6.3-inch display with a resolution of 1,080 x 2,520 pixels and an aspect ratio of 21:9 (the only phone in India to offer such a tall design). The phone is powered by a 2.2GHz Exynos 9609 processor. The handset has 4GB of RAM and 128GB of native storage, which can be further increased up to 512GB by inserting a microSD card. 4D glass design on the back and Dolby-tuned speakers are also part of the package.

For imaging, the Motorola One Vision has a 48MP primary snapper, accompanied by a 5MP depth-sensing camera. The smartphone has a variable aperture of f/1.7 to f/2.2 and a dual-LED flash unit at the rear. On the front, there’s a 25MP shooter for selfies with an aperture of f/2.0. The connectivity options include 4G LTE, Wi-Fi, Bluetooth 5.0, A-GPS with GLONASS, NFC, dual-SIM slots, a USB Type-C port, and a 3.5mm headphone socket. A 5,000mAh battery with 15W TurboCharge fast-charging support completes the list of the specifications.