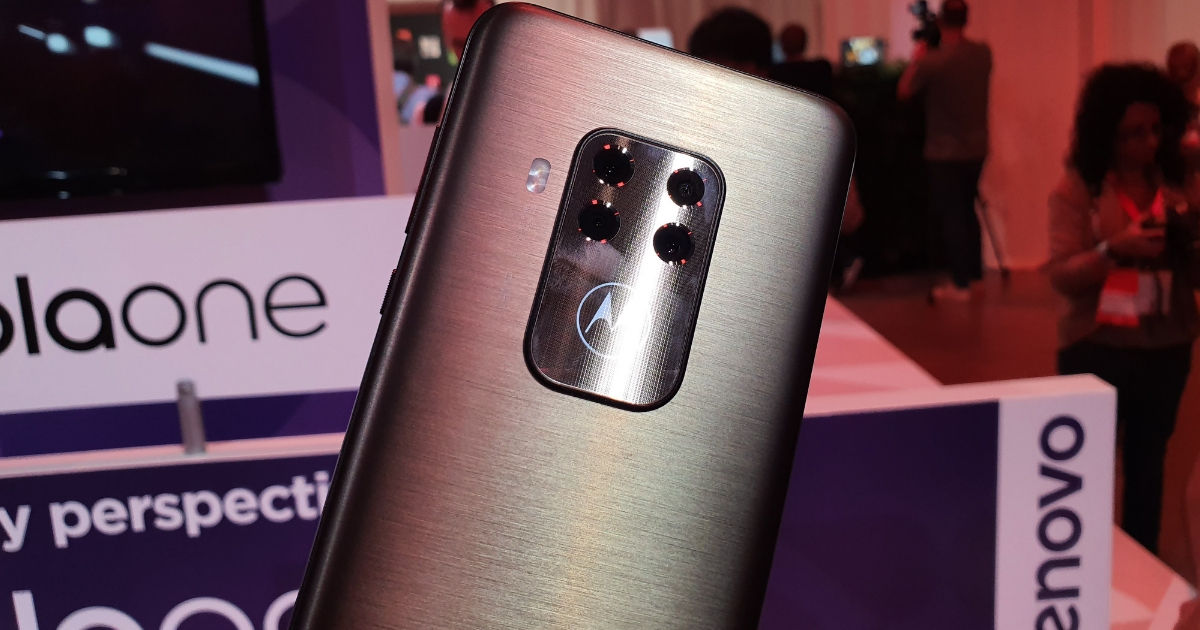 It seems that smartphone makers have latched on to the idea of “the more the merrier“. Perhaps that explains why we’re seeing so many devices offering not one, not two, but as many as four cameras on the back. The latest manufacturer to jump on the fray is Motorola, which has just unleashed the oft-rumoured Motorola One Zoom. But is the handset just about its cameras, or is there more to it than meets the eye? Well, I did manage to get up close with it, and here’s what I think… 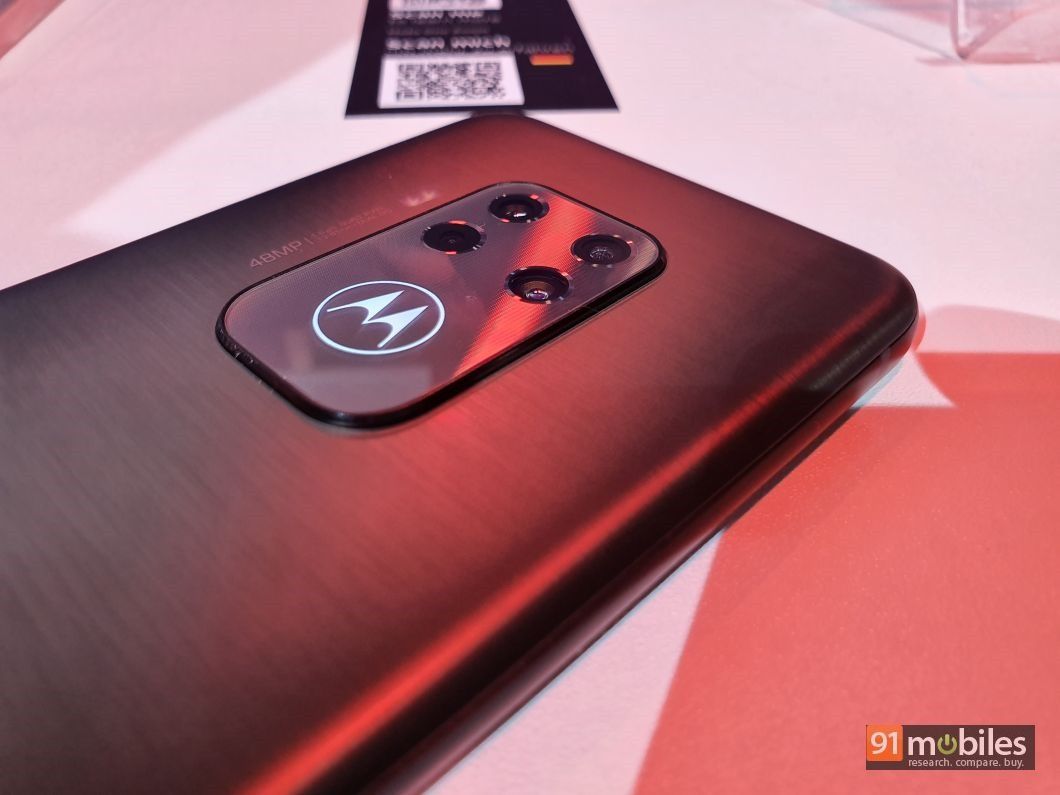 Starting with the cameras, the One Zoom offers a 48MP optically-stabilised shooter with an aperture of f/1.7, which is paired with a 16-megapixel ultra wide-angle snapper offering the ability to click 117-degree field of view, an 8MP OIS-equipped telephoto sensor that enables 3x zoom (and hence the phone’s name), and a 5MP depth-sensing unit. This isn’t really a surprising combination for a quad-camera module, but it does cover most of the everyday scenarios for shooting. The camera UI is also quite easy to use, and the portrait mode even lets you customise the blur effect as well as apply various effects. The One Vision (review) had a capable Night Vision mode, and that makes its way to Motorola’s latest too.

I also liked the fact that Motorola has chosen a Matrix-style arrangement for these sensors at the back. You’ll find them placed towards the centre in a protruding glass module along with a Batwing logo. The iconic Motorola emblem also gets another use as it doubles up as a notification light. Now, this is quite cool, and this entire module of cameras and the logo, even though it’s raised from the surface, gives a unique identity to the One Zoom. 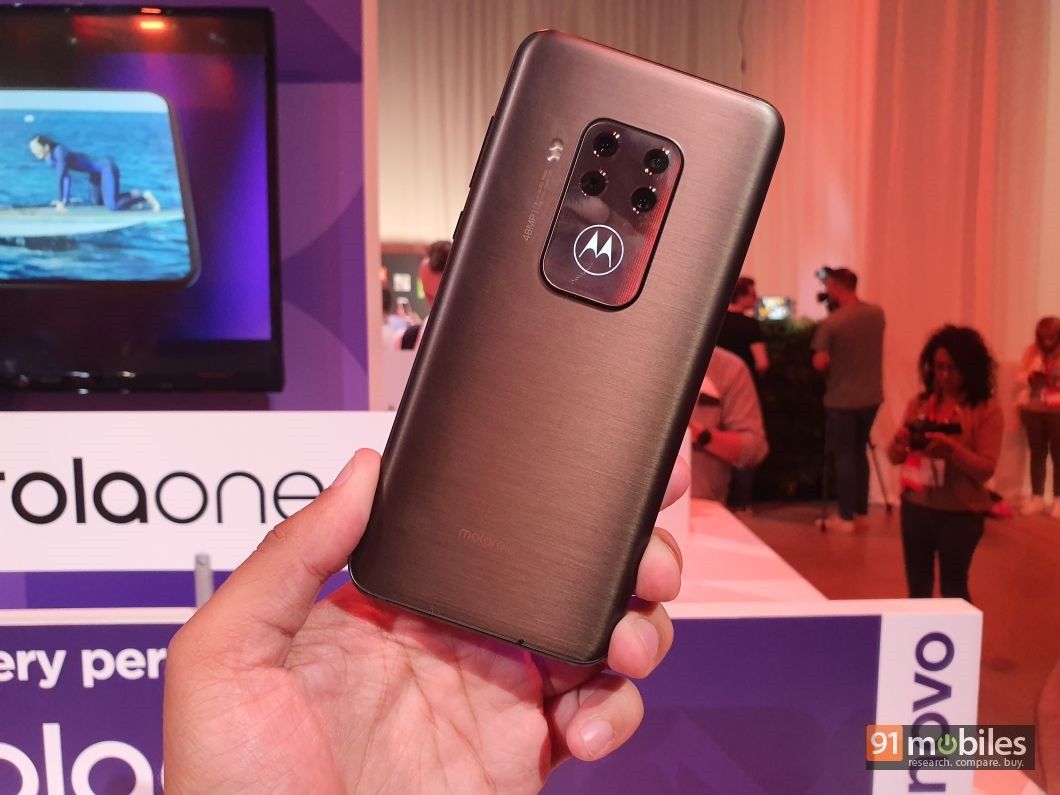 There’s one more difference at the rear – the panel has a satin finish, which we saw on the Nokia 7.2 (first impressions). I really liked this texture, as it’s smooth and offers good ergonomics while ensuring that it doesn’t catch fingerprints or smudges. While the demo unit I checked out was in charcoal, the Motorola One Zoom is available in purple hue too. Other design elements on the phone are fairly standard.

Motorola One Zoom design gallery
1 of 6

Coming to the front, Motorola’s One Zoom features a 6.4-inch waterdrop notch-toting display with an aspect ratio of 19.5:9. Now there are slight bezels at the bottom, and even at the top for the device to be called entirely bezel-less, but the panel does offer an immersive experience with full HD resolution and good colour reproduction. The screen is protected by a layer of 2.5D Panda glass. The fingerprint sensor is also available beneath the display, though you can also use the face unlock capability enabled by the 25-megapixel selfie shooter at the fascia. 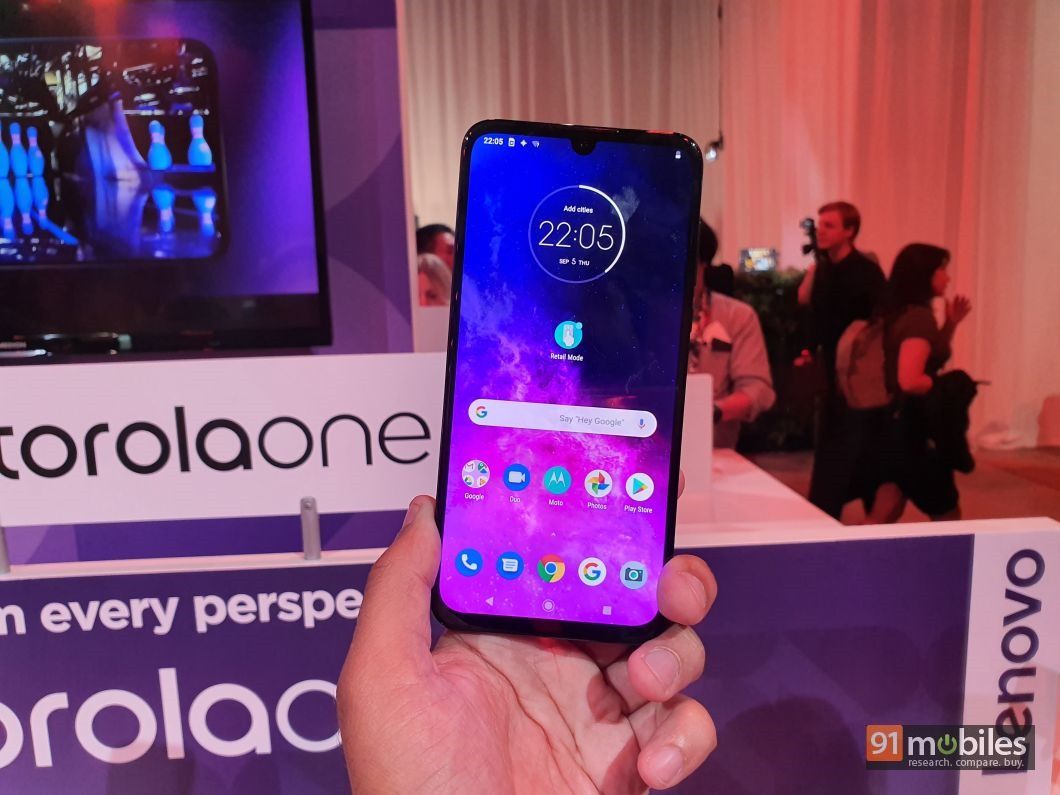 Inside the Motorola One Zoom runs Qualcomm’s Snapdragon 675 chipset. The 11nm SoC is mated to 6 gigs of RAM, and should ensure good performance whether it’s normal tasks or gaming. 128GB of built-in memory takes care of your storage needs, and you can choose to extend it further with the use of a microSD card, if you’re willing to forgo dual-SIM functionality. Interestingly, the Motorola One Zoom deviates from the previous devices in the lineup, for it doesn’t ship with Android One. That doesn’t mean however, that its interface is any different as the phone features stock Android 9.0 Pie with signature Motorola features, but it remains to be seen if it’ll be getting updates as frequently as Android One-toting handsets. 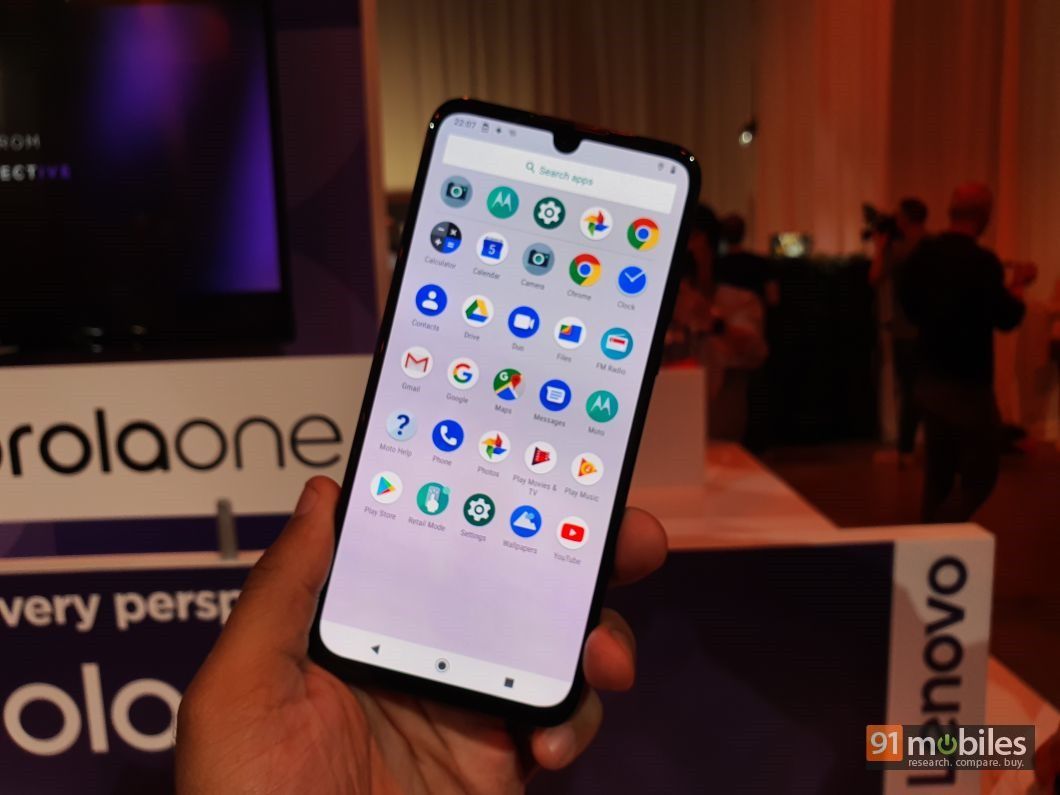 Fuelling the package is a respectable 4,000mAh battery. It comes with the brand’s Rapid Charge functionality, which promises to offer two hours of talktime within just 15 minutes of juicing up. 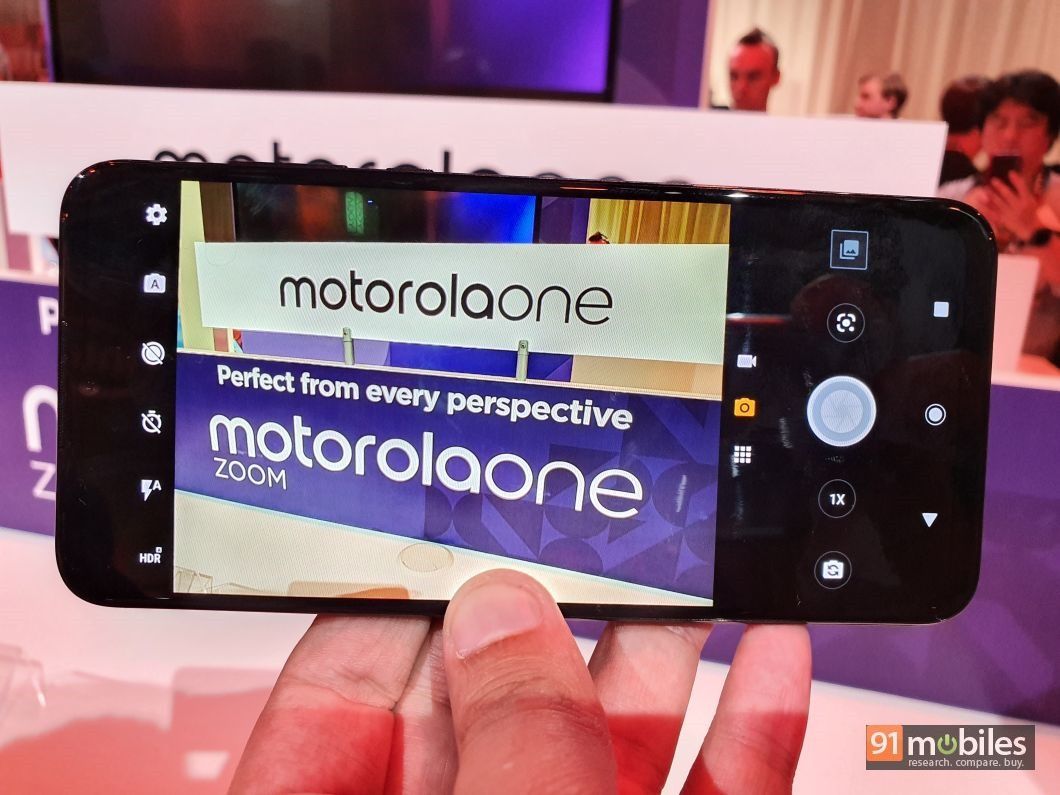 The Motorola One Zoom price in India isn’t known at this point, but based on its European pricing of €439 (~Rs 32,000), it seems to be on the higher side. We can only expect the brand to price the handset more aggressively if and when the device is being launched in the country. With that said, the One Zoom certainly comes across as a well-rounded mid-ranger and we can’t wait to put its camera prowess to test.