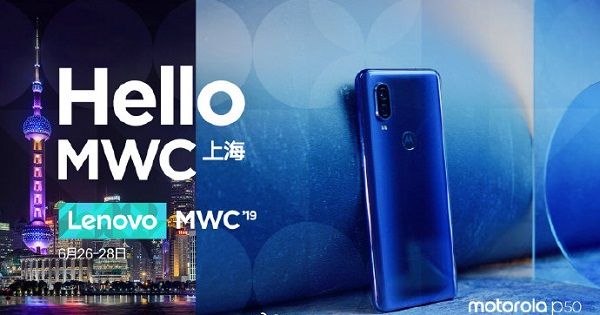 Lenovo-owned Motorola will be refreshing the its P series shortly. The vendor has teased the launch of its Motorola P50 smartphone on microblogging platform Weibo. The handset will be unveiled at the ongoing Shanghai MWC 2019 expo in China and succeeds last year’s Motorola P30 smartphone. While Motorola hasn’t announced the exact launch date, the poster it shared has the official Shanghai MWC19 dates — June 26-28th, suggesting the Motorola P50 could launch soon. 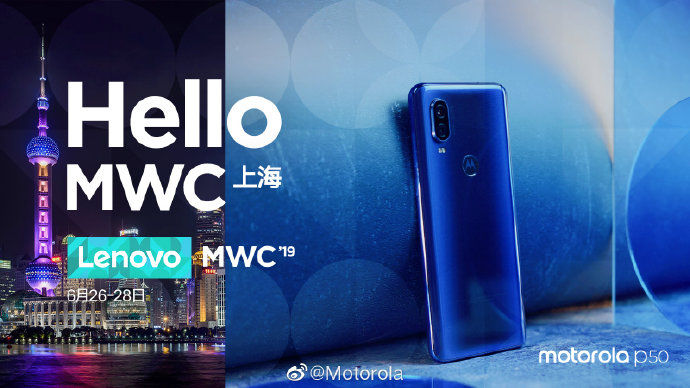 The teaser only has the handset from the back, with the design reminiscent of the Motorola One Vision that was launched in India earlier this month. Therefore, the Motorola P50 could be a rebranded version of the One Vision in China. To recall, the company launched its Motorola P30 Note smartphone last year as Motorola One Power for the markets outside China.

If that’s the case, the Motorola P50 could come with a punch-hole 6.3-inch display with full HD+ resolution and 21:9 aspect ratio. It may have a 2.2GHz Exynos 9609 mobile platform ticking at its core coupled with 4GB of RAM and 128GB of native storage, which can be further increased up to 512GB by inserting a microSD card. For photography, the phone may sport a 48MP primary snapper accompanied by a 5MP depth-sensing camera on the rear with f/1.7 and f/2.2 aperture lenses respectively, backed by dual LED flash. The front camera may employ a 25-megapixel shooter for selfies and video calling.

While the Motorola One Vision boots on stock-Android 9 Pie out of the box, the Motorola P50 will most likely have a custom skin atop Android. A massive 5,000mAh battery with 15W TurboCharge fast-charging could fuel the handset. The fingerprint scanner will be on the rear underneath the display.