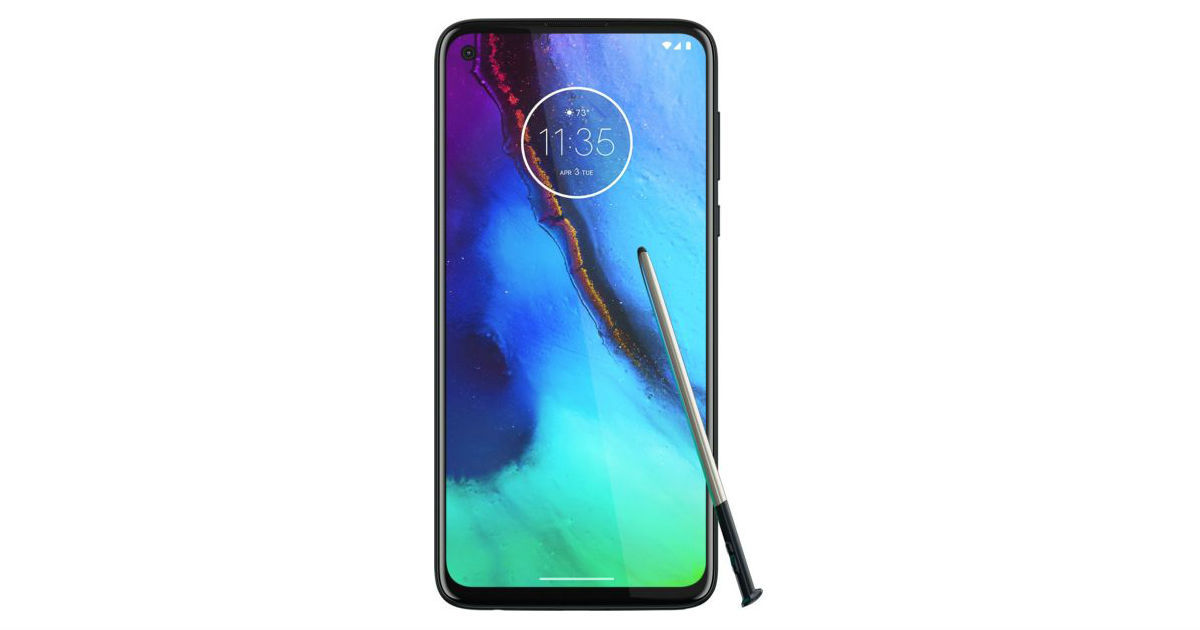 Lenovo-owned Motorola seems to be working on a new phone that will come with stylus support. Renowned tipster Evan Blass, better known as @evleaks on Twitter, has shared an official-looking render of the unnamed Motorola smartphone. The image shows the smartphone with a punch-hole display and a stylus next to it. The end of the stylus looks like it slides into the phone, just like the S Pen that comes with Samsung’s Galaxy Note phones.

There isn’t much we know about the smartphone at the moment, but its overall design seems to be inspired by Motorola One Action, which was launched in India back in May last year. The fascia of the unknown Motorola phone appears to flaunt a near bezel-less display with a punch-hole at the top right corner and a chin at the bottom. The phone’s screen reveals April 3, which could be its launch date. It’s mere speculation and we’d advise you to take it with a grain of salt.

The Motorola One Action, to recall, is an Android One offering that runs stock-Android 9 Pie out of the box. It rocks a 6.3-inch full-HD+ (1,080 x 2,520 pixels) IPS CinemaVision display along with 21:9 aspect ratio and punch-hole for the selfie camera at the top left corner. The phone has an octa-core Samsung Exynos 9609 SoC, coupled with Mali G72 MP3 GPU and 4GB of RAM under the hood. This is paired with 128GB built-in storage and a 3,500mAh battery.

In optics, the One Action features a triple rear camera setup that bears a 12MP + 5MP (depth) + 16MP sensors. The front camera of the phone gets a 12MP front-facing punch-hole camera. The handset comes with a rear-mounted fingerprint scanner for security and connectivity options such as 4G LTE, Wi-Fi 802.11ac, Bluetooth v5.0, GPS/A-GPS, NFC, USB Type-C and a 3.5mm headphone jack. The Motorola One Action was launched in India at Rs 13,999 but is currently selling at Rs 10,999 on Flipkart.