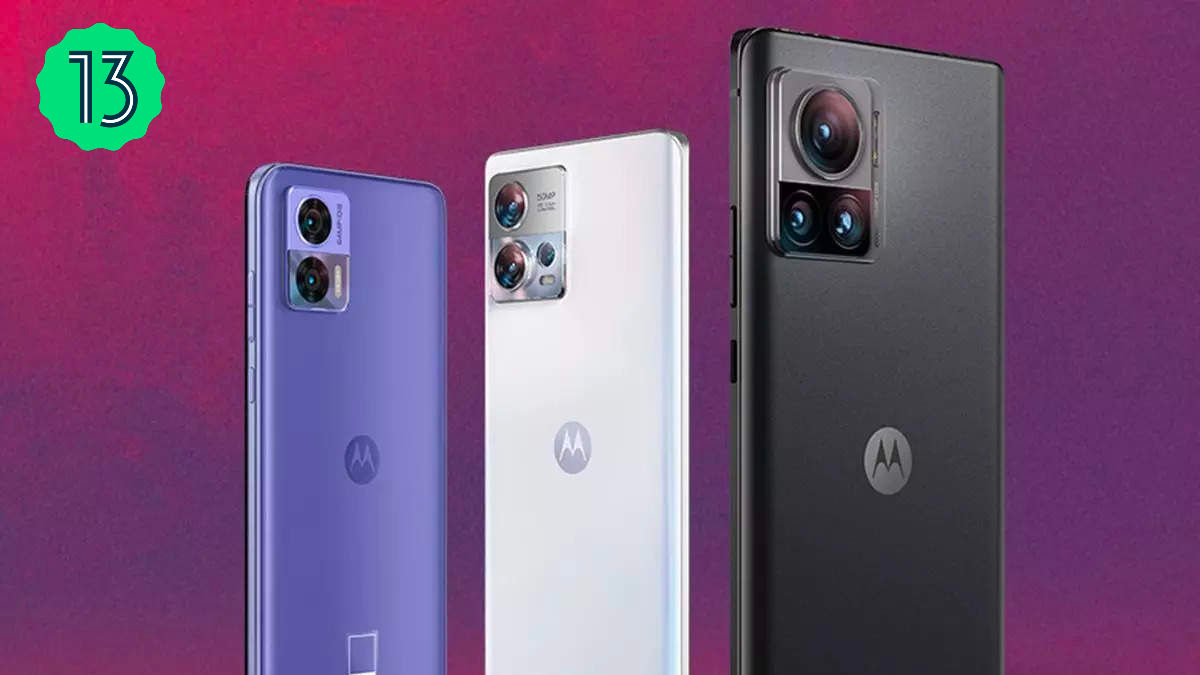 Motorola has rolled out a list of 10 smartphones that are due to get the Android 13 software update next. The new list adds to the initial batch of Motorola smartphones that were slated to get the Android 13 update rolled out back in August. The new list now includes some of the more popular Moto devices such as the Razr 2022, Moto Edge 30 Ultra, and Moto G52. However, a timeline for the rollout of the latest Android version on these devices has not yet been presented.

More Motorola phones to get the Android 13 update

Motorola has released the list of 10 additional devices that are next in line to get the Android 13 software update. The list now contains 20 Motorola devices that are now scheduled to get upgraded to the latest Android platform. The devices are enlisted below:

However, there is no confirmation of when the above devices are going to receive the update. The company’s official statement that was issued via an agent suggests that “select devices” on the list are set to receive the update in early 2023. The company has not yet released a schedule for the software rollout. Some of the lower-end handsets are expected to receive the update much later in the programme. Moreover, devices such as Moto E series smartphones, Moto G22, and the Moto Gx1 devices, still have not been included in the list.
ShareTweetShare
Follow Us