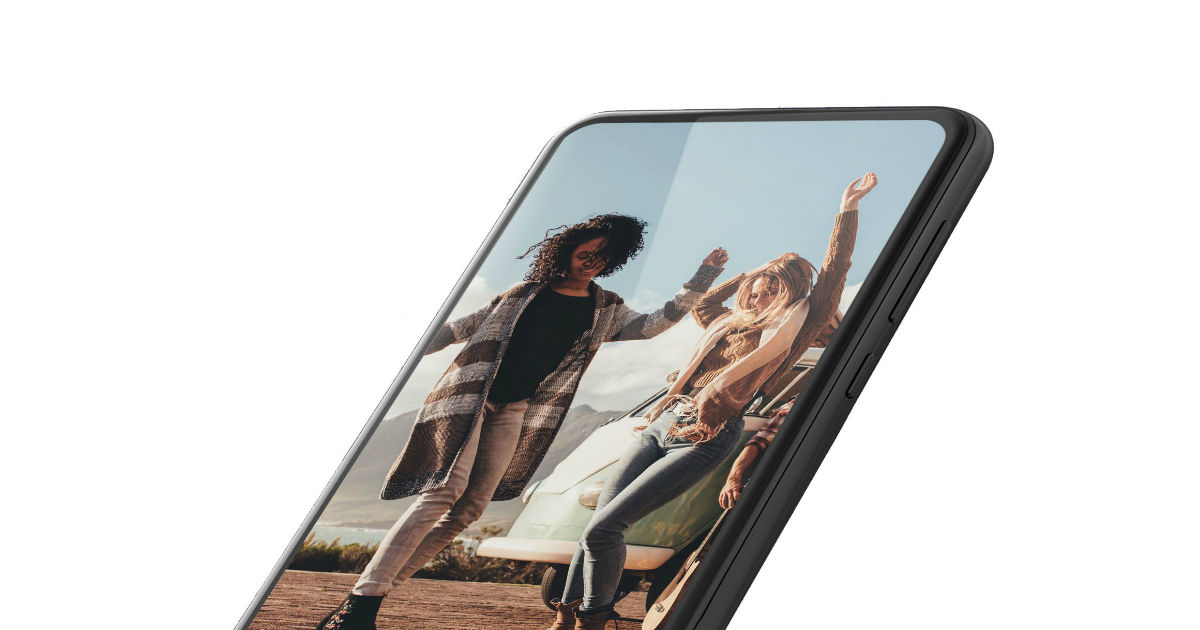 “The mysterious Motorola phone could have a pop-up selfie camera module to minimise the bezels, which would be a first for the brand”

A mysterious Motorola phone with ultra-slim bezels and no notch display has surfaced on the internet, courtesy of noted tipster Evan Blass. While the leaked image reveals the front design in its full glory, the port placements and the rear panel is still under wraps. The exact identity of the phone is also not known at the moment. Since there is no notch or punch-hole, Motorola might adopt the pop-up selfie design considering we are quite at least months away from commercial application of under-screen selfie cameras. This will be a first for the brand, which has so far not launched a pop-up camera phone.

There is a sizeable chin below the display to accommodate the Motorola branding. The volume rocker and power button are placed on the right spine, while the SIM tray could be present on the left. Another image of the same Motorola phone shows slim bezels on the sides. At the moment, the specification details are scarce, but from the looks of it, the handset could be a mid-range phone with Snapdragon 600 series chipset and is likely to run on Android 9.0 Pie with stock Android. Unfortunately, nothing else is known about the mysterious Motorola phone, but we can expect to know more details in the coming days.

Separately, Motorola is reportedly gearing up to launch Motorola One Action smartphone in India on August 23rd. The handset is said to flaunt a 6.39-inch Full HD+ punch-hole display and is powered by the Exynos 9609 SoC. It reportedly packs up to 4GB RAM and 128GB storage. In terms of optics, it has a 13MP selfie snapper, and rear triple camera setup consists of a 13-megapixel primary sensor, an ultra-wide-angle sensor and a depth unit. the smartphone is said to have a 3,500mAh battery with 15W fast-charging support. It is expected to run on Android 9.0 Pie. There is a rear-mounted fingerprint sensor for security.