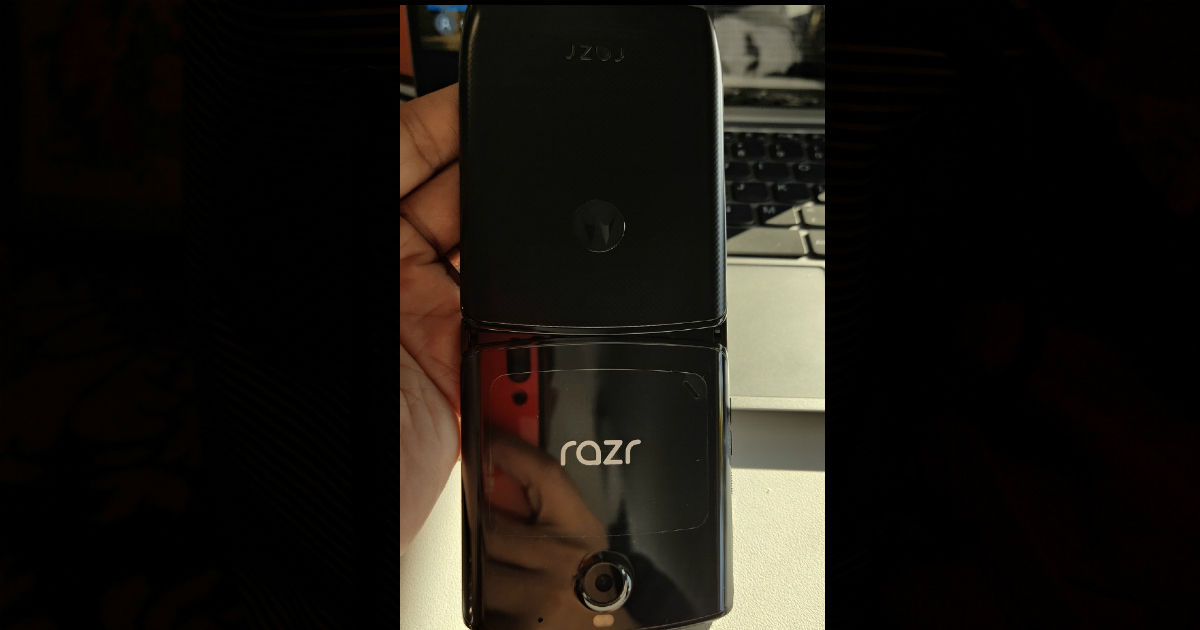 “Motorola has published pictures of the Made in India Moto Razr (2019) retail box, suggesting the foldable is ready to go on sale soon”

Motorola Razr (2019) is yet to go on sale in the US despite being announced back in December. Supply prediction is said to be causing the delay of the phone as the company clarified there’s no technical issue with the design or build. Now, it looks like the phone’s China launch is around the block as Motorola has published pictures of the Moto Razr (2019) retail box. According to a report from IT Home, Lenovo’s mobile head in China has shared photos of the foldable phone ahead of the official launch in the country. These photos show off the retail box design with key specifications and regulatory details.

The Motorola Razr (2019)’s retail box is triangular in shape and has key specifications printed at the back, including 6GB RAM and 128GB storage. It has a model number ‘XT2000-2 moto razr’ and ‘Made in India’ sign is also spotted in one of the photos. However, this was revealed in several unboxing videos. The product photos don’t show any significant differences from the launch photos, which means Lenovo-owned Motorola hasn’t made any major changes. The ‘Made in India’ stamp is also not indicative that the Motorola Razr will launch in India, although the company is expected to bring it to country to take on the Samsung Galaxy Fold.

Motorola Razr 2019 is a flip phone that gets a vertical folding display that folds like a clamshell and a secondary screen on the cover. The Flex View foldable screen is a 6.2-inch pOLED panel with HD resolution and 21:9 aspect ratio. The second quick view display, which is used for a quick glance at notifications, media controls, Google Assistant responses and more, is 2.7-inch in size with 600 X 800 pixels resolution and a 4:3 aspect ratio. The Motorola Razr 2019 is powered by a Snapdragon 710 SoC coupled with 6GB RAM and 128GB storage. It runs on Android 9.0 Pie out of the box. 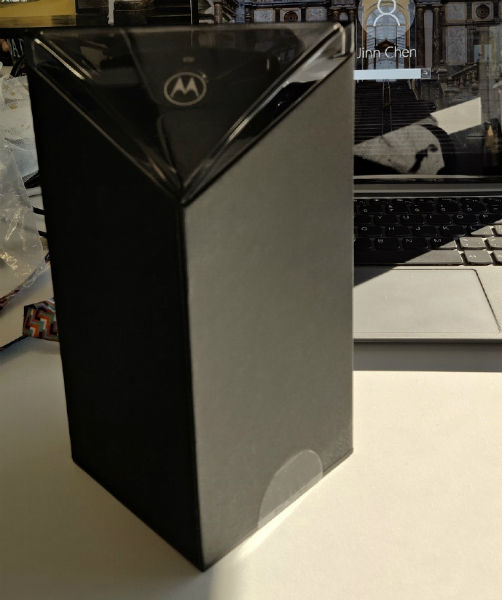 In terms of optics, the Moto Razr 2019 rocks a single 16MP camera sensor with f/1.7 aperture, EIS, Dual Pixel and laser autofocus, and dual-LED flash. It has a 5MP selfie snapper for selfies and video chats. A 2,510mAh battery with 15W TurboPower charging support fuels the handset. There is a rear-mounted fingerprint sensor for security, splash-proof nanocoating, and eSIM support.