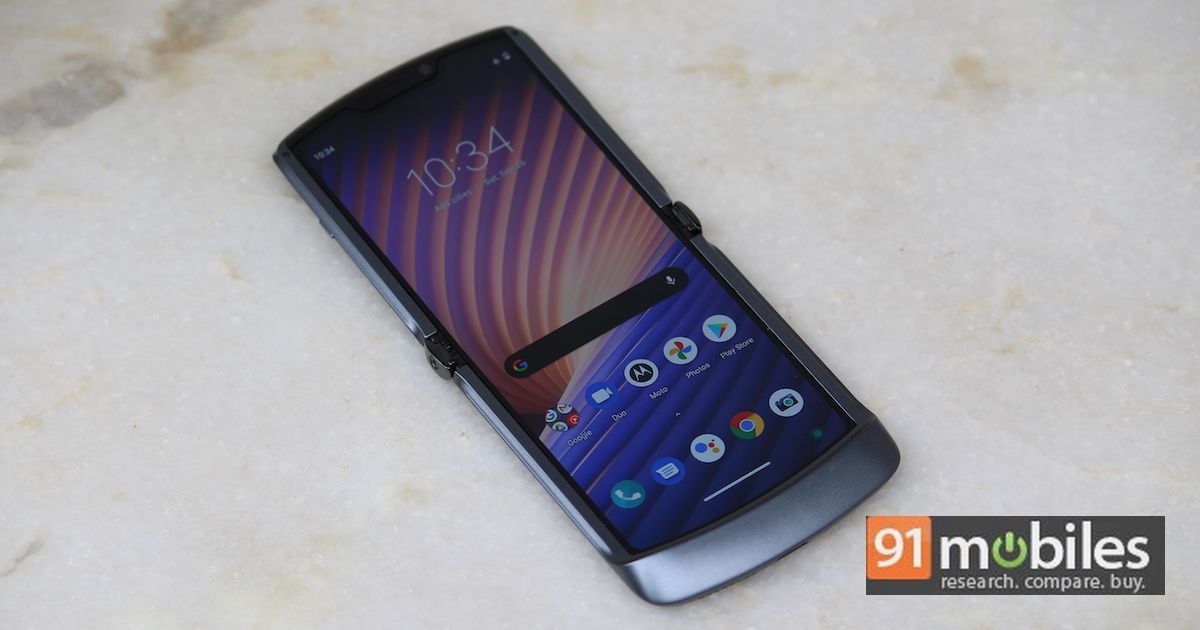 Motorola revived the iconic Razr in a foldable avatar back in 2019, which brought along with it tons of nostalgia as well. After all, you don’t get to see many flip phones these days, and here is Motorola still trying to make the flip form factor work for the modern user. The advancement in flexible screens allowed the brand to bring the Razr back. With a flexible main screen that flips open through a hinge design and a cover display for when you want to quickly glance at the screen, the Razr 2019 had the right ingredients. The Razr 2020 now looks to improve on its predecessor.

The first foldable Motorola Razr banked on nostalgia to entice customers. The second Motorola Razr, well, still banks on that same nostalgia for customers who were not entirely convinced with what the previous model offered. So, Motorola kept the same design language and form factor and made most of the changes under the hood, because that’s what people took issue with the most when it came to the 2019 Razr. We’ll talk about the hardware in a little bit. Let’s get to the design first. 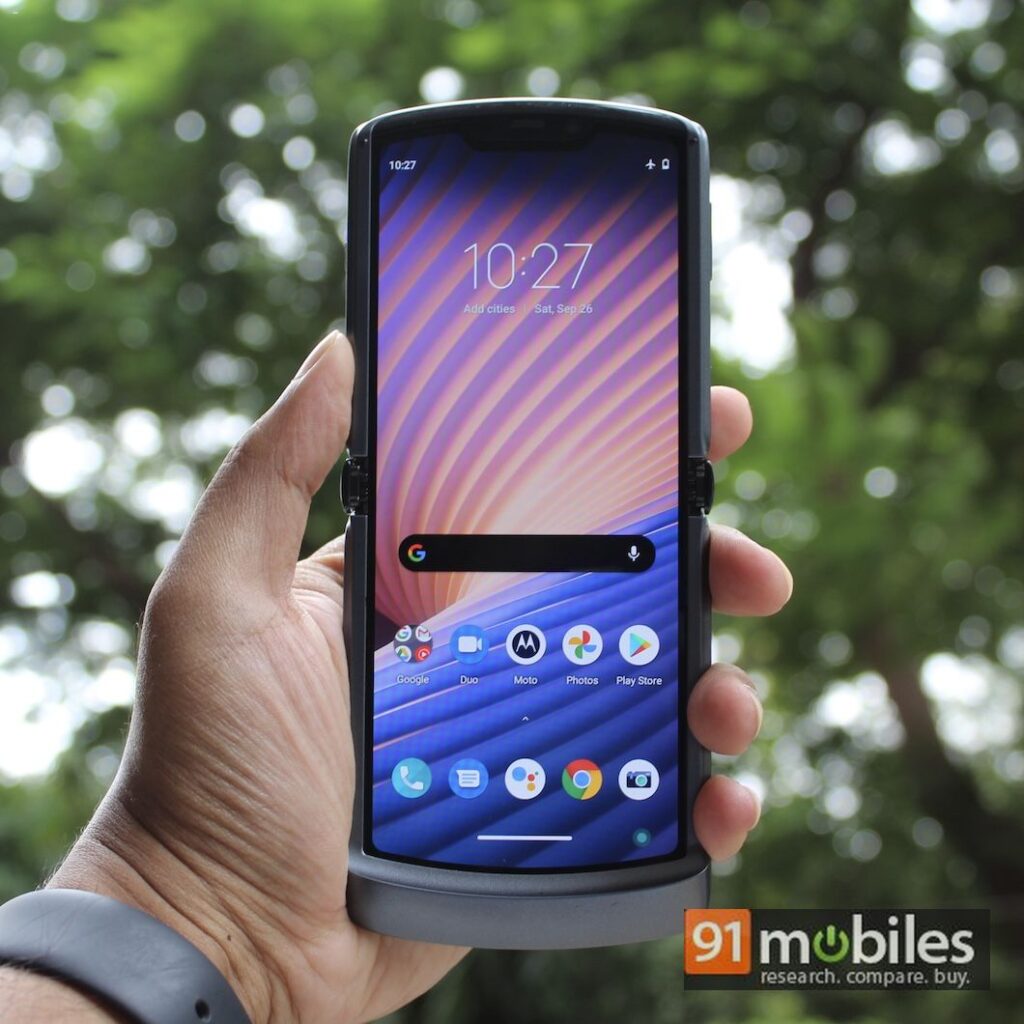 Not much has changed between the last Motorola Razr and the second generation Razr. The design is essentially the same, offering a vertical flip phone that can fold in half much like the iconic Moto Razr. You can still flip the phone open with your thumb and shutting it is as satisfying as ever, especially when you want to end a call like folks used to do with a swagger back in 2004 with the original model. 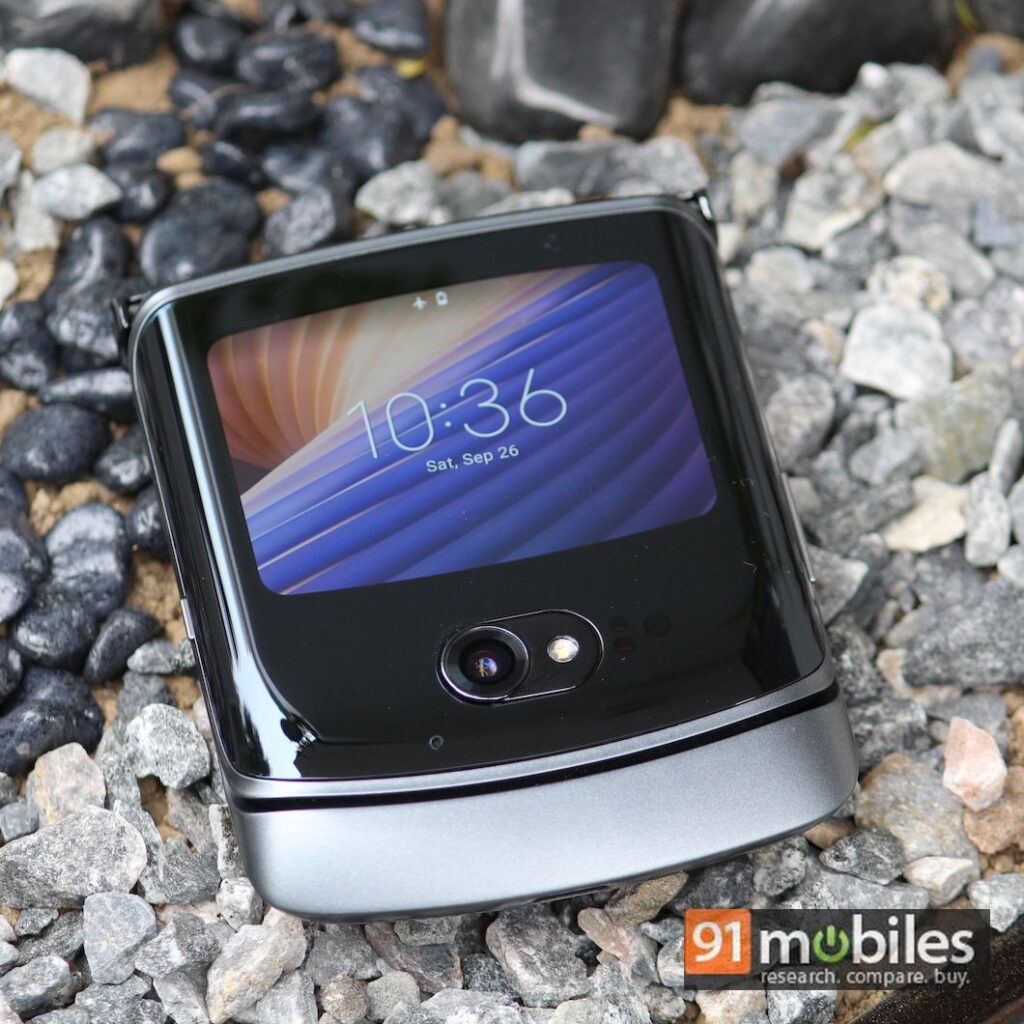 There are some subtle changes to the design such as the angular chin, which makes the phone feel sleeker than before. The fingerprint sensor has moved from the front chin to the back and is now embedded in the Moto logo, which feels more familiar. The rear panel is now made of glass instead of textured plastic, making It feel a little more premium, which is what you want from a $1,399 phone. The Type-C port and speaker grille are found at the bottom. Notably, there is also a physical SIM tray, which is a welcome addition as the 2019 model only supported eSIM. 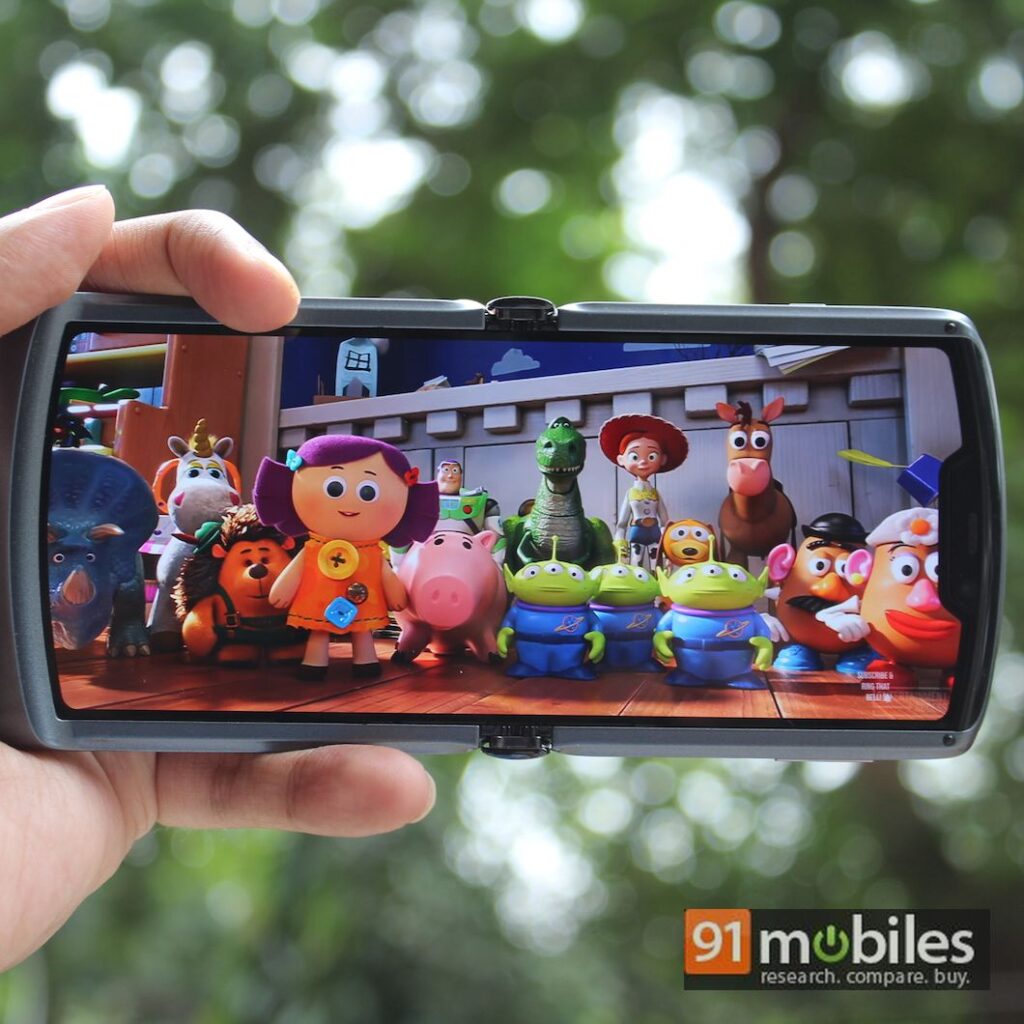 The main display is a 6.2-inch foldable plastic OLED screen with a 2,142 × 876 resolution and a 21:9 aspect ratio. The Razr 5G does not come with 1080p resolution screen, which is disappointing considering the price tag. So, the maximum resolution on YouTube, for example, is capped at 720p. Meanwhile, the cover display is 2.7 inches in size with an 800 × 600 resolution. The smaller display is supposed to be brighter than the one on the 2019 model, but we can’t confirm this. Suffice it to say that it does look good and vibrant. The cover display comes with its own UI and a limited set of apps, including Messages, Notes, and News. There’s also the YouTube app, but we really don’t see anyone using the small display to watch videos. 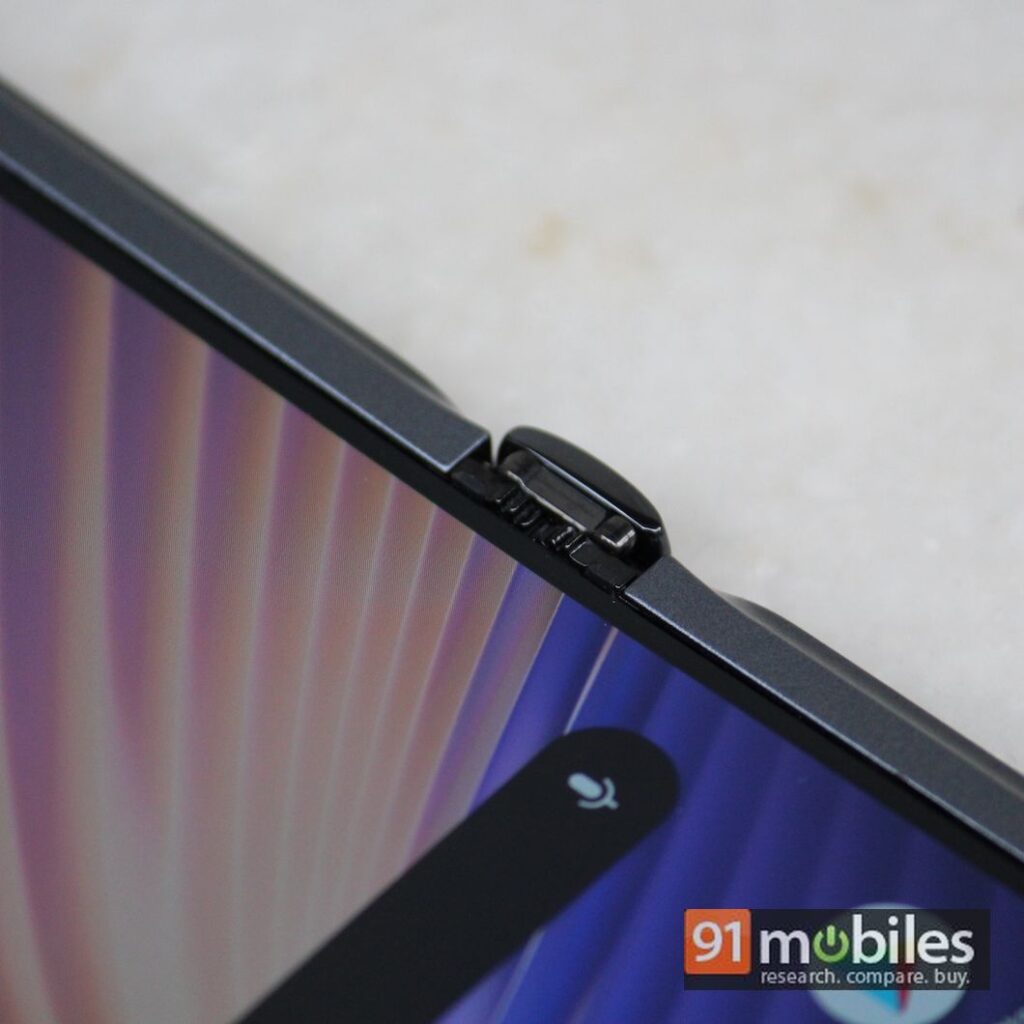 The opening and closing of the Razr 5G are possible thanks to the stainless steel hinge, which has been upgraded. Motorola says the hinge offers zero gap, which essentially means it will be difficult for dust or small particles to get through and behind the flexible screen. The phone folds quite flat and we couldn’t see any major gaps. You also won’t notice any crease along the middle of the screen, at least not initially. However, we could hear some creaks from the hinge while opening and closing the device. 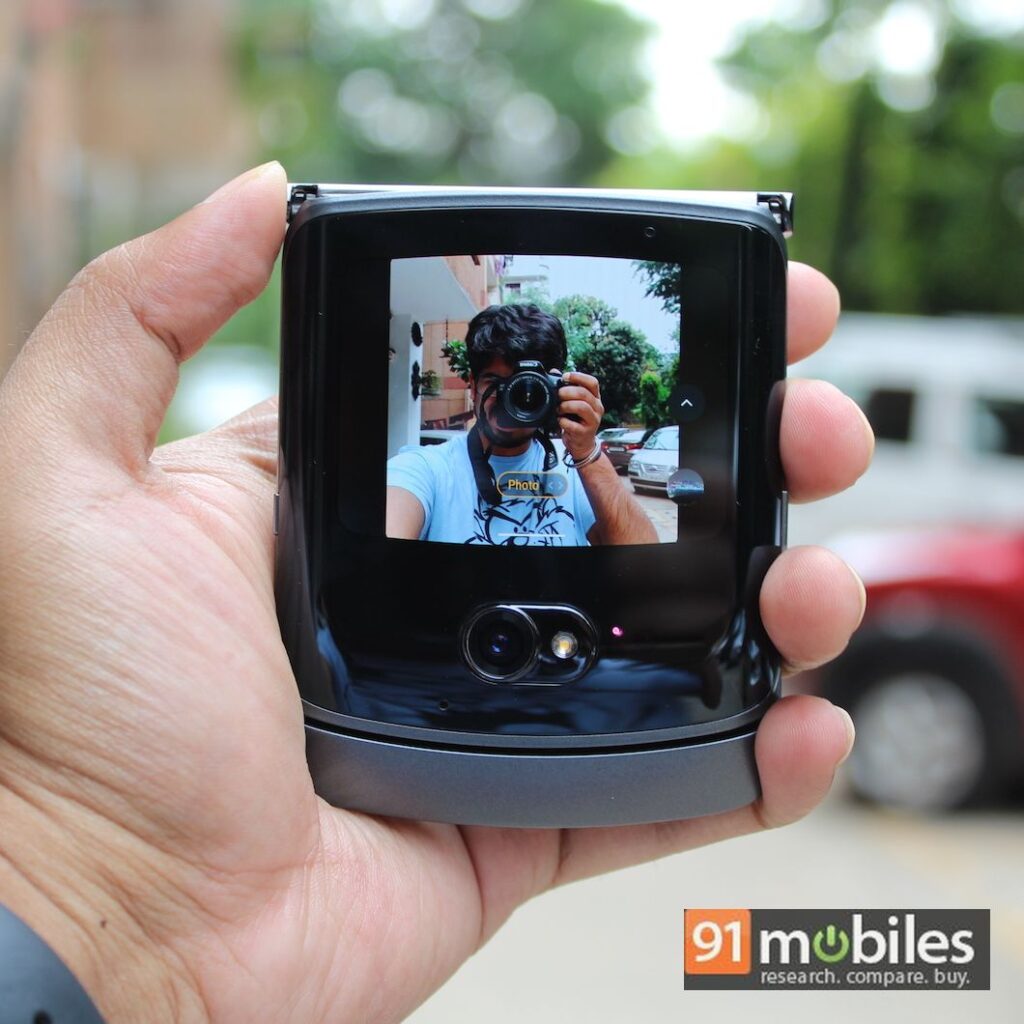 The main camera just below the cover display is a 48MP f/1.7 sensor with OIS support and there’s a secondary 20MP camera above the main display. Given the position of the 48MP sensor, it is likely going to be the most used camera among the two. You can take selfies through the 48MP sensor by closing the flip phone and using the small display as the viewfinder or you can use it to shoot what’s in front using the main display as the viewfinder. In our very limited time with the device, we couldn’t test how good the cameras on the Motorola Razr 5G are. 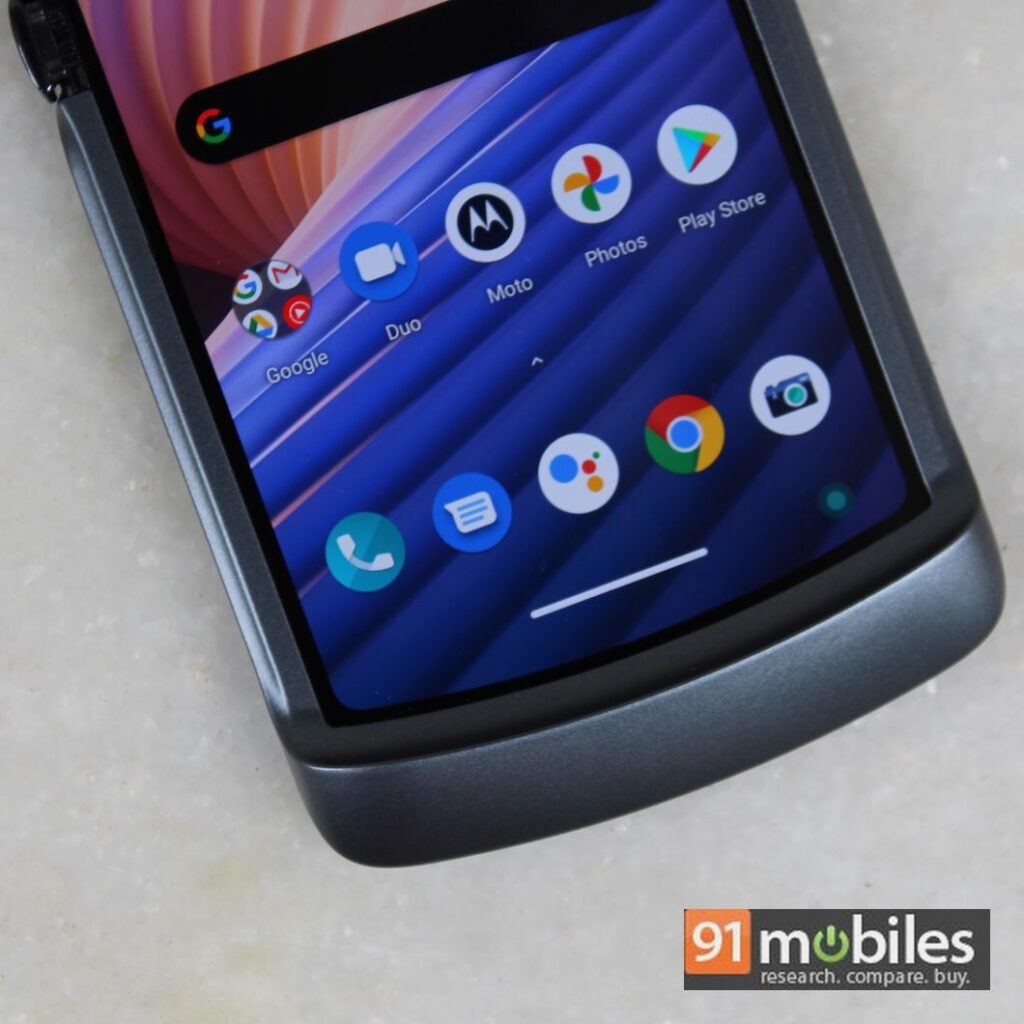 The new Motorola Razr 5G uses the Snapdragon 765G chipset, which is a welcome upgrade over the Snapdragon 710 chipset that powered the predecessor. That said, consumers may still feel short-changed as one would expect a flagship processor powering a phone that costs over Rs 1 lakh. However, the Snapdragon 765G is a fast and capable chipset to handle day-to-day usage with ease. During our brief time with the device, apps opened quickly and we noticed no lag or stutters while browsing through the UI. The phone runs a near-stock Android 10 interface on the main display while the smaller display has a custom UI that allows for limited functionality. 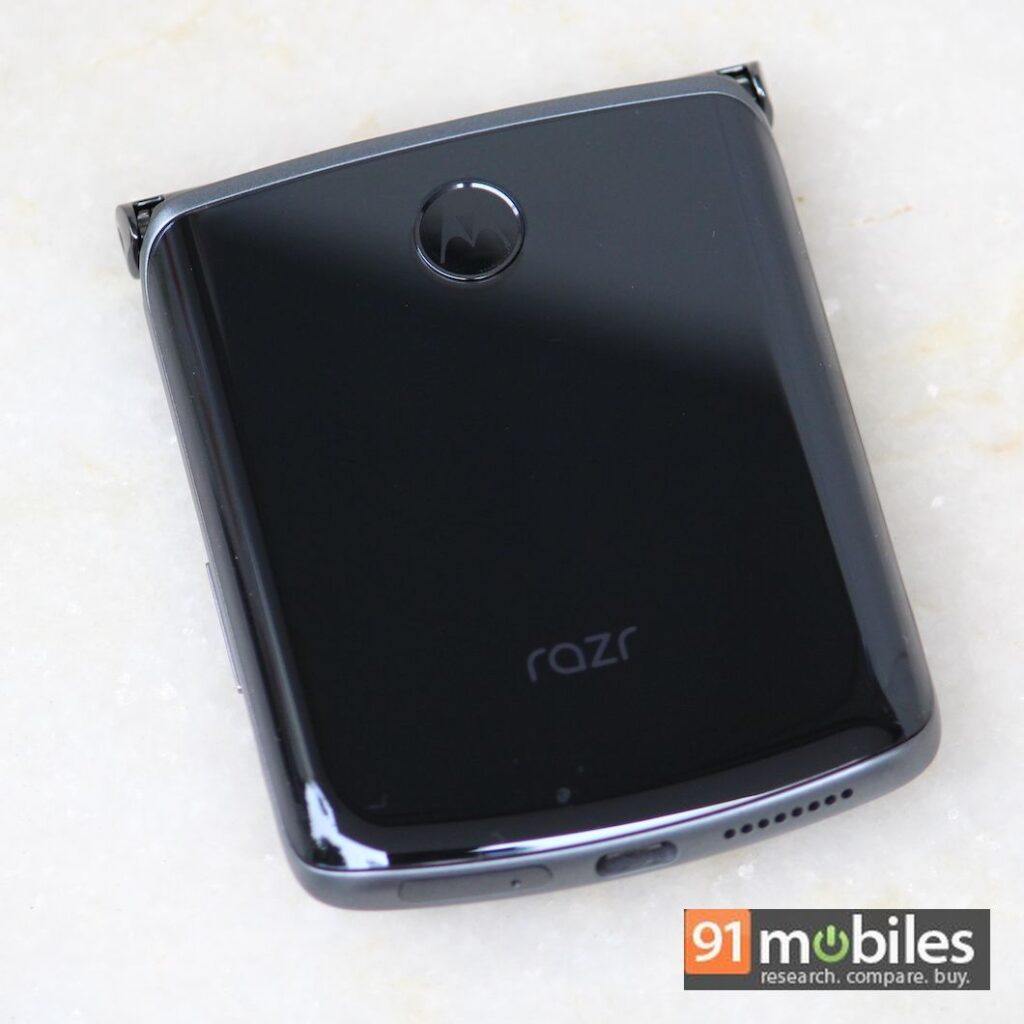 The Motorola Razr 5G packs a 2,800mAh battery, which is a minor upgrade over the 2019 model. The battery capacity sounds quite underwhelming for a phone with two displays, but that seems to be one of the tradeoffs to the Razr’s slim form factor. Suffice it to say that the phone can’t be expected to last more than a full day on a single charge. 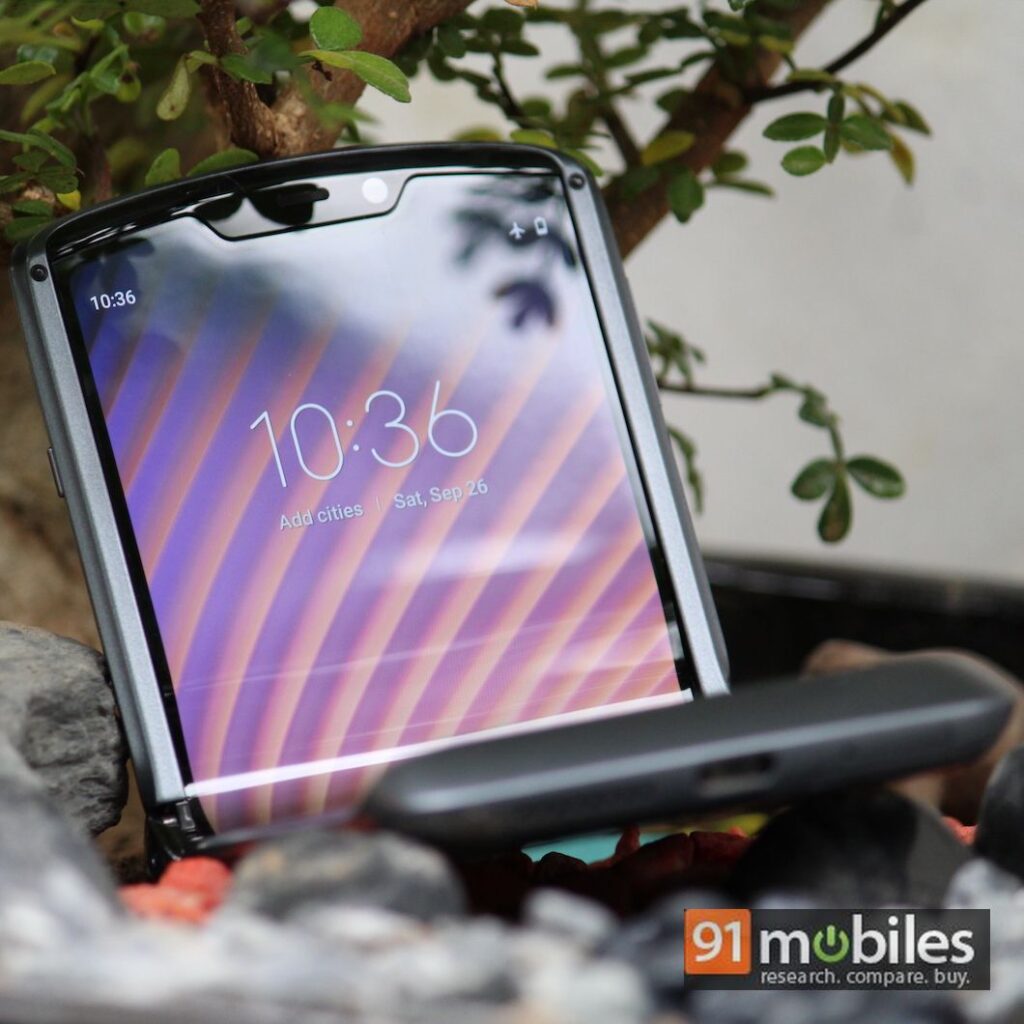 The Motorola Razr 5G looks like an incremental yet satisfying upgrade over the 2019 model. It comes in a sleeker package and has some necessary upgrades under the hood to justify the premium price tag. Based on our brief interaction with the device, we found that the nostalgia factor is very much there and the phone still stands out due to its flip design. Only time will tell whether the hardware improvements make it appealing to consumers.