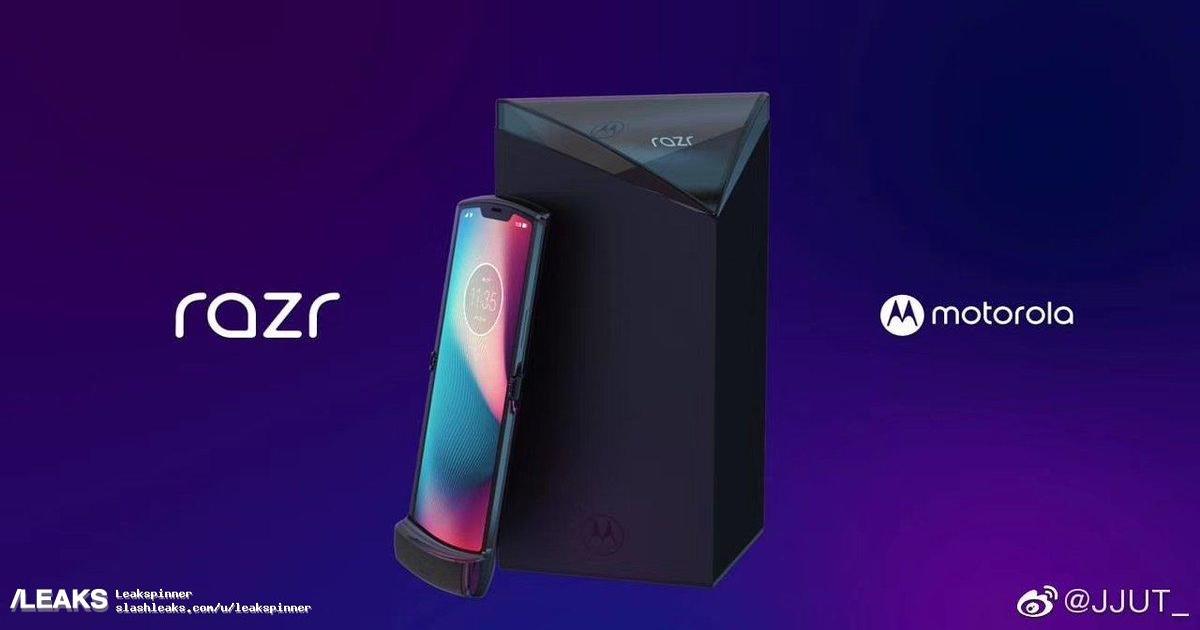 It is already known that Motorola is reviving its iconic RAZR brand with the launch of a new RAZR foldable phone soon. Thus far we’ve seen renders of the phone offering a closer look at that design and some key specifications as well. Now, a concept render video of the handset, made by well-known @waqarkhantech, has been shared on social media and shows how the folding mechanism might work. According to Engadget, this teaser video was a fan-edited render that Lenovo used for a press demo.

Though it isn’t an official Lenovo render, the fact that the company is sharing it on its social channels for promotion definitely adds some weight. It also closely matches with the Motorola’s recent patent filing for a folding phone. The handset is also teased to come in black, red, and blue colour options. From the video, it is evident that Motorola might opt for a smaller panel reminiscent of the original RAZR series. The outside screen can be used to check notifications at a glance, which is rather practical. Though the pricing isn’t revealed yet, reports suggest it could be in the range of $1,500 (around Rs 1,05,400).

Going by the previous leaks and rumours, the Motorola RAZR is expected to be powered by the Qualcomm Snapdragon 710 chipset and is said to house a 2,730mAh battery with 27W TurboPower charging feature. It is reported to ship in two variants: 4GB + 64GB, 6GB + 128GB and run on a customised Android OS out of the box. The handset is expected sport a 6.2-inch OLED display with 876 x 2,142 pixels resolution, and a cover display will bear 600 × 800 pixels resolution. At the moment, everything is just a speculation, so we suggest you take this with a pinch of salt and wait for an official announcement, which is expected shortly.