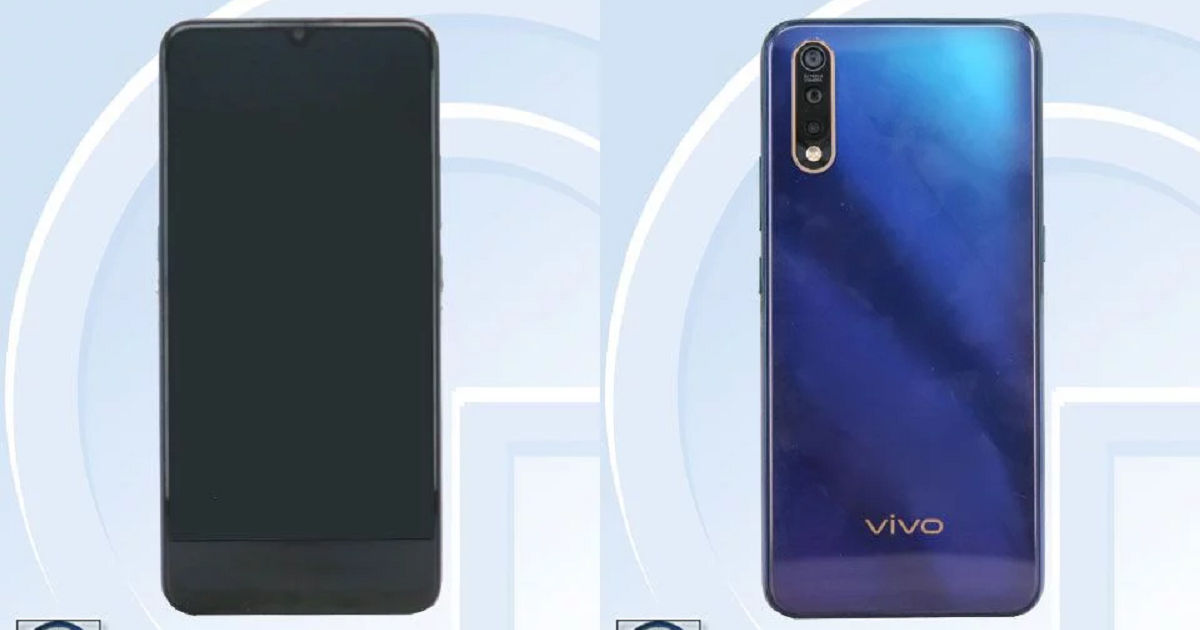 Vivo has been quite active in the affordable smartphone segment in the past few weeks and it looks like the streak will continue. A new Vivo handset with model number 1951 was spotted on Geekbench and the app revealed a Snapdragon 710 SoC coupled with 6GB of RAM on board the handset. This model was recently certified at BIS India which hints that the device is en route to the country soon. Now, Vivo will also be announcing the Z1 Pro in the country but the Vivo 1951 is a slightly different handset with the Snapdragon 710 SoC. It is quite possible that it could be a rebranded version of the Vivo Z5X. 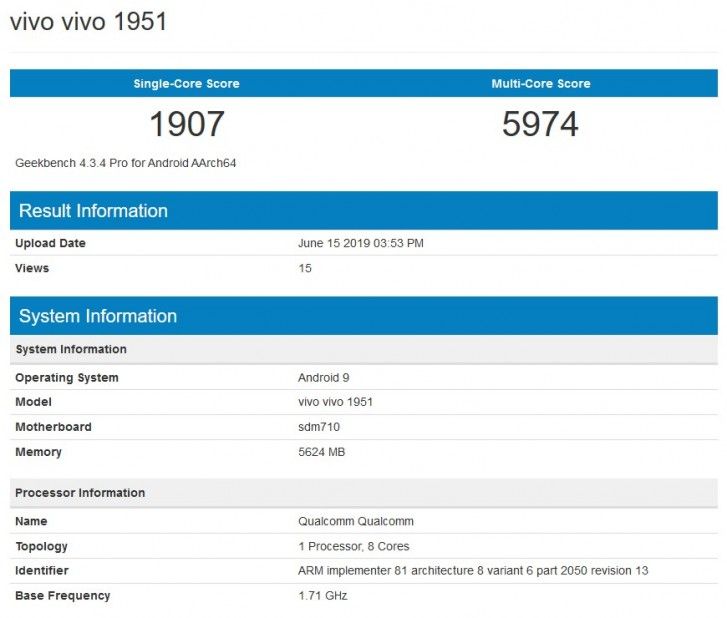 The Vivo 1951 is amongst several Vivo mid-range handsets that have recently been spotted online. However, not much is known about its design or retail branding as this is its first appearance. Another Vivo model that appeared on TENAA recently that has a similar profile is the Vivo V1913A. It has a 2.0GHz octa-core processor which could be the Snapdragon 710 and is fitted with a 6.38-inch AMOLED display and a 4,490mAh battery. It also has 4GB/6GB RAM options and a triple camera setup consisting of a 16MP, 8MP, and 2MP cameras. The handset also comes preloaded with Android Pie similar to the Vivo 1951.

What we do know for certain is that Vivo has no major smartphone announcements coming in China as of this writing but the Z1 Pro is scheduled to launch in India. It’s already known that the Vivo Z1 Pro will be an online-exclusive handset boasting a Snapdragon 712 SoC for India. It also has a beefy 5,000mAh battery and a triple camera setup. Since the Vivo 1951 has already received BIS certification in India, we expect a launch in the near future.