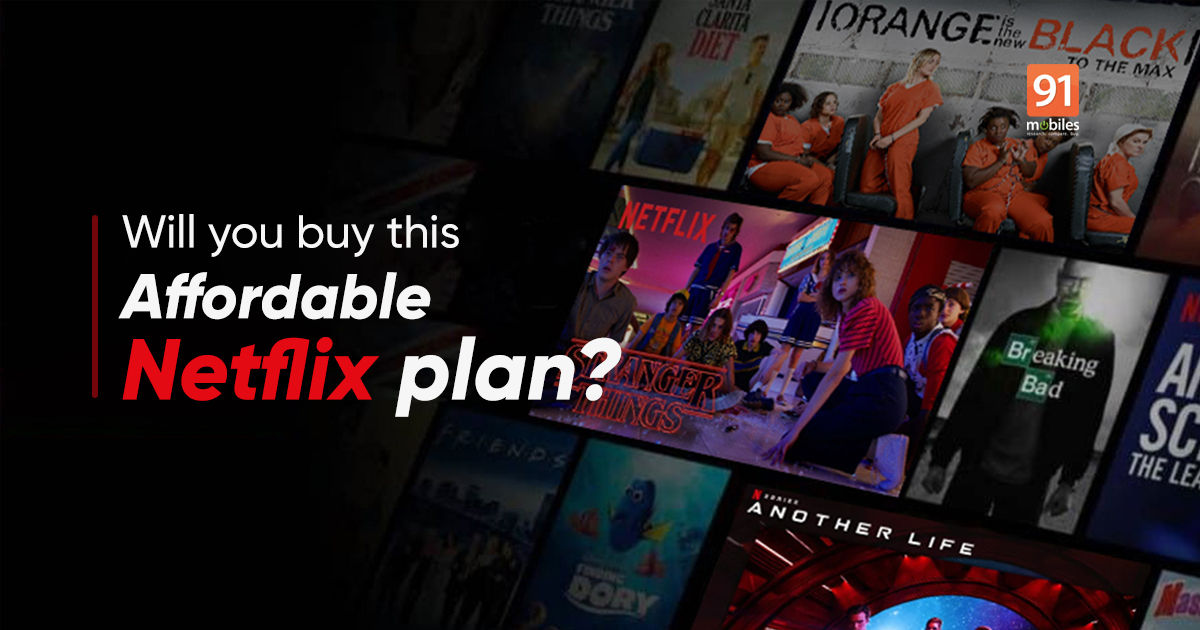 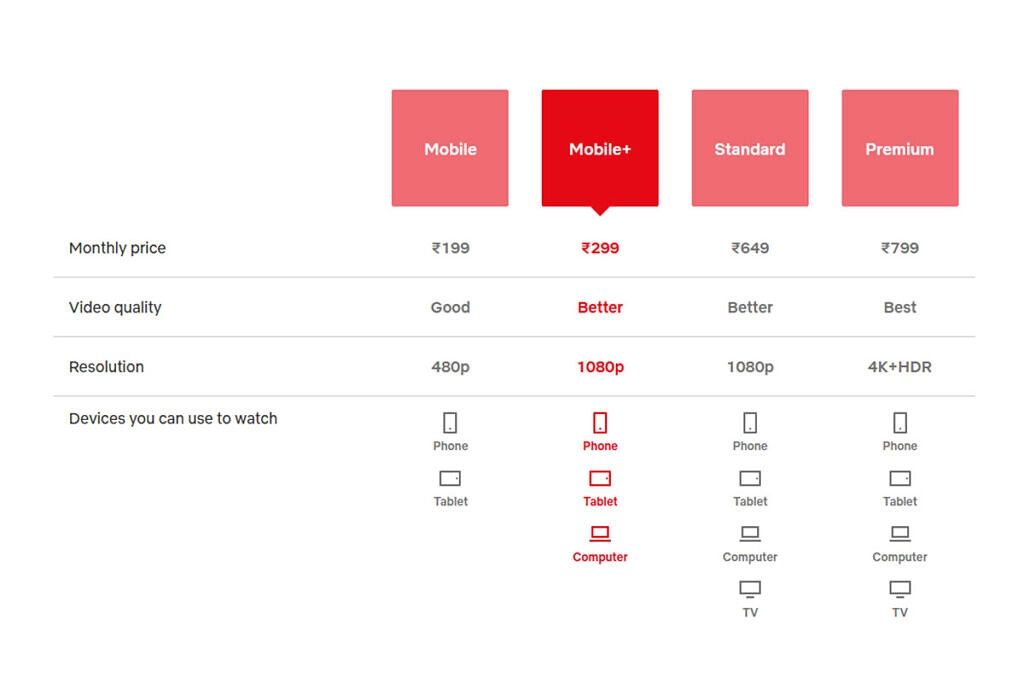 “We launched a mobile plan in India to make it easier for anyone with a smartphone to enjoy Netflix. We want to see if members like the added choice Mobile+ brings. We’ll only roll it out long-term if they do,” a Netflix spokesperson told The Economic Times. That said, this is not the first time Netflix is seen testing a mobile plus plan. The platform had previously rolled out a Mobile Plus plan priced at Rs 349. It was also the upgraded version of the Rs 199 plan but did not offer HD content to users.

If the Rs 299 plan gets a wider rollout at all, it’ll join the other Netflix plans in India. In addition to Rs 199 Mobile-only plan, Netflix also offers a Rs 499 Basic plan that also offers content in SD resolution, but you can access the app on a TV as well. Then, there is a Rs 649 Netflix Standard plan that offers access to content on a smartphone, tablet, TV, or PC with up to two screens at a time in HD resolution. Lastly, there is the Premium plan at Rs 799 that offers up to four screen access at a time at UHD (4K resolution) with HDR. All these plans have a validity of a month.