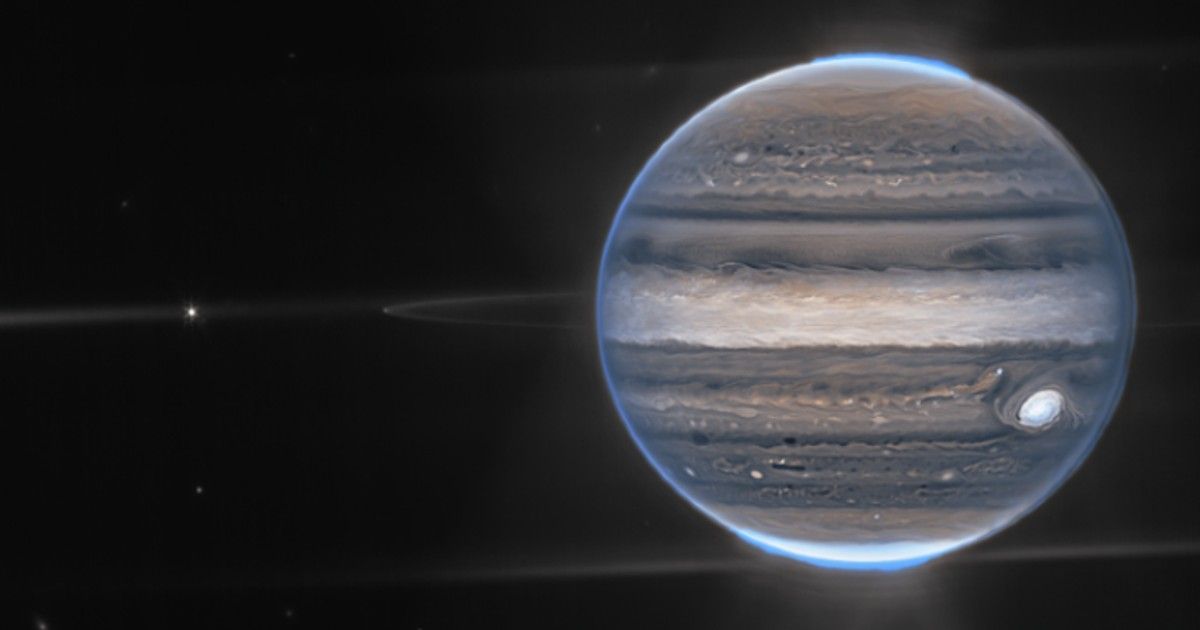 NASA has revealed two unprecedented images of Jupiter, the largest planet in the solar system, and its elements captured in infrared by the James Webb Space Telescope. The images uncover the planet for the first time in a greenish-blue avatar with its auroras, hazes, satellites, two tiny moons, and galaxies in one image.

However, this doesn’t mean that the gas giant is blue; it is never actually blue but yellowish just like how we have been seeing it until now in almost all our science textbooks from school, the internet, images by NASA, etc. Moreover, the The Great Red Spot, which is a famous storm so massive that it could swallow Earth, appears white in these images just like the other clouds as a lot of sunlight is being reflected by them.

Giant news from a giant planet!@NASAWebb captured a new view of Jupiter in infrared light, uncovering clues to the planetâ€™s inner life. Two moons, rings, and distant galaxies are visible. Get the details: https://t.co/6WKbAQY78z pic.twitter.com/9uaACCPGyU

The reason why these images reflect Jupiter in blue and greenish hues is to make Jupiter’s unique features to stand out but the infrared light is not visible to the naked eyes. Thus, the images are artificially coloured using different filters to match the visible spectrum i.e, the electromagnetic spectrum visible to the human eyes.

Imke De Pater, professor emerita of the University of California, Berkeley who headed the Jupiter observations with Thierry Fouchet, a professor at the Paris Observatory, said that honestly even they hadn’t expected the images to be this good. Have a look at the images below. 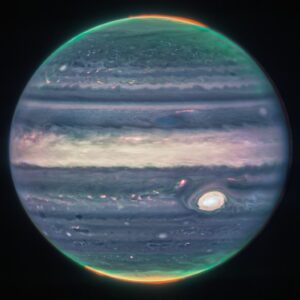 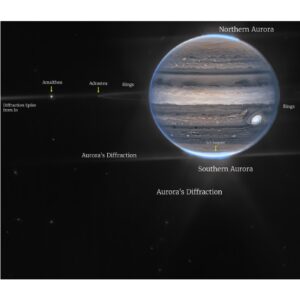 The second picture specifically depicts a bolder and clearer view of Jupiter’s features including rings and moons. Fouchet remarked that this image from Webb sums up the science of their Jupiter system program, which focuses on the dynamics and chemistry of Jupiter, its rings, and its satellite system.

How are the pictures from James Webb processed?

NASA clarified that the final images that are released to the public at large are not exactly how they are first received by the space agency from the James Webb Space Telescope. Apparently, the light detectors on the James Webb send information back to the scientists who then collect this information and then process and compile them to create the final images. The task of processing and compilation this raw data takes place at the STScI (Space Telescope Science Institute.)

Google Pixel 6a, Pixel 4a now getting Android 13 update in India

The task of processing the newly released images of Jupiter was completed by Judy Schmidt of Modesto California, an amateur image processor. She ironically has no formal education in the field of astronomy but has been recognised for her work by professional scientists like Hammel.

The second image that included the tiny satellites was processed by Schmidt along with Ricardo Hueso, a co-investigator on these observations. Hueso is a student of planetary atmospheres at the University of the Basque Country in Spain.

NASA defines James Webb Space Telescope as the world’s largest, most powerful and, most complex space telescope ever built to solve the mysteries of the solar system, look beyond the other stars, and more.