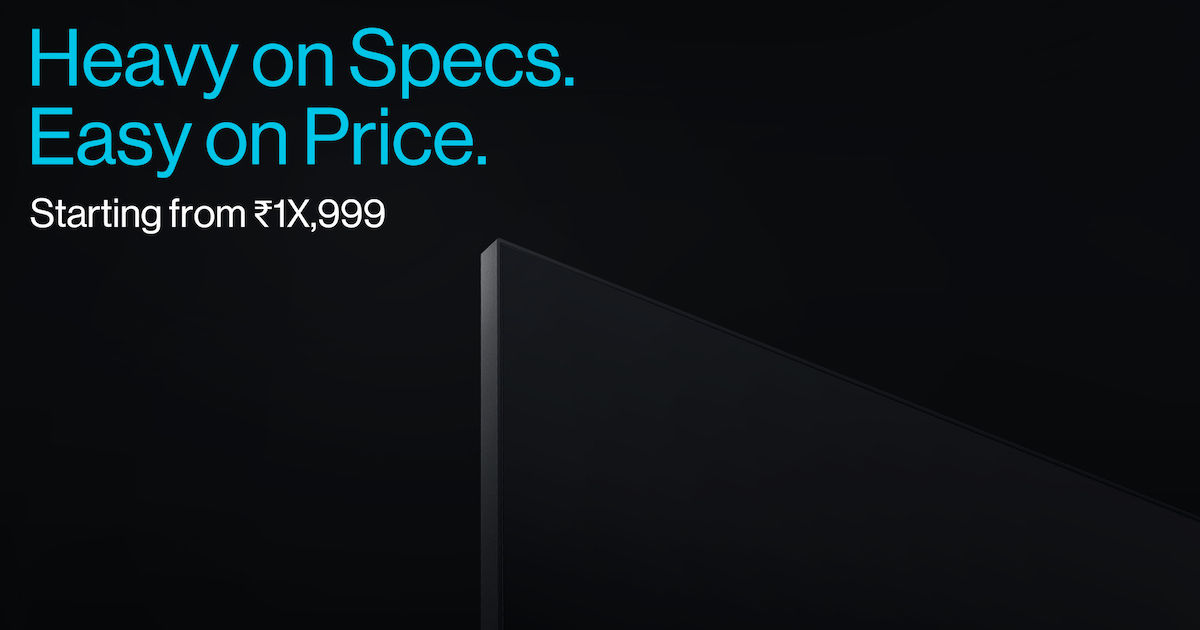 OnePlus will be launching new OnePlus TV models in India on July 2nd and the company has confirmed they will go on sale on Amazon. In a separate new teaser, the company has also teased the India price of the new OnePlus TV series. The models are expected to come with a price tag much more affordable than the premium Q1 series and will likely take on the Mi TV and Realme TV in the budget segment. As per a teaser by the brand, the OnePlus TV price in India will start from under Rs 20,000. This is in line with a report by The Economic Times on Monday that said one of the models will cost around $200 (approx Rs 15,000).

As per the teaser image, the OnePlus TV India price will start from under Rs 20,000, which means it could be anywhere between Rs 15,999 to Rs 19,999. The exact prices will be announced on July 2nd. OnePlus says it aims to bring a similar premium experience that the Q1 series offers, but at prices that are more accessible to the masses in India. The smart TV segment has been disrupted by Xiaomi, which has been offering premium 4K smart TVs at mid-range prices.

OnePlus recently revealed that it is keen on launching more affordable products in 2020. While the company did not explicitly reveal the names of the products in the pipeline, one of them is widely believed to be the OnePlus Z. The upcoming mid-range OnePlus phone is said to launch in India on July 10th, a few days after the launch of the OnePlus TV. The launch of the OnePlus Z and new OnePlus TV next month suggests the company is ready to get back into the budget and mid-range market to take on its rivals.