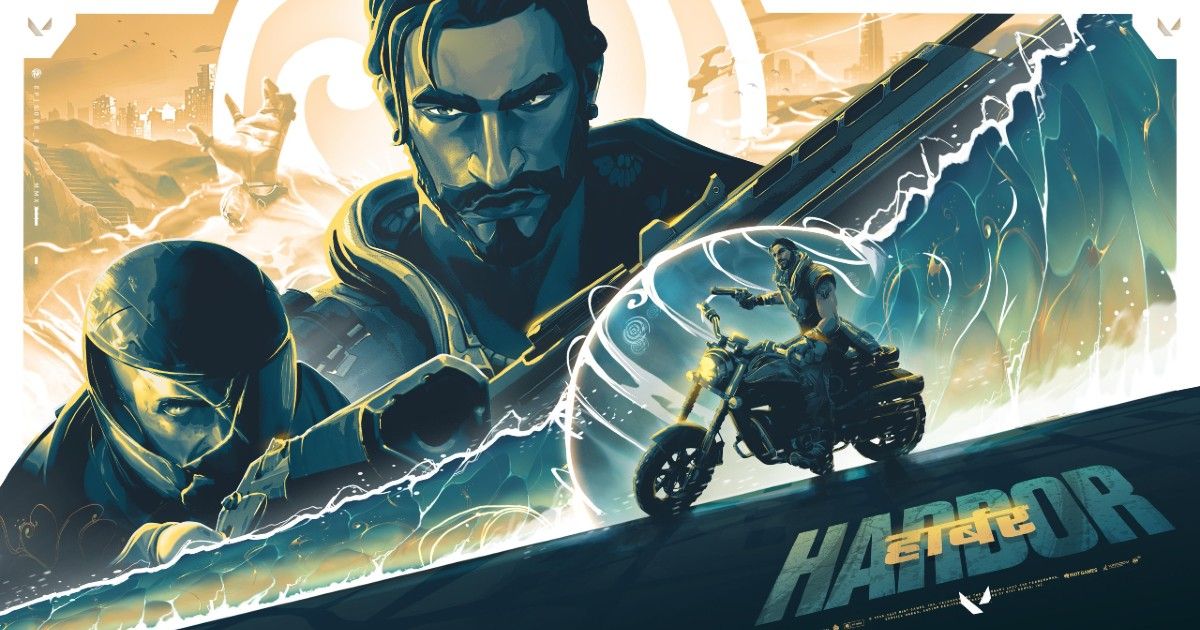 Riot Games has been teasing an upcoming Valorant Agent from India for quite a few weeks. Riot has now shared a trailer for the new Agent called Harbor, after the full trailer was leaked online. Originally, the trailer was supposed to go live today, but it was released earlier due to the leak. While Harbor’s abilities are under the wraps, the trailer gives a glimpse at his journey so far, building some lore for the character. Harbor will arrive in Valorant’s upcoming season.

The new Valorant trailer features Harbor and shows his journey from the streets of Delhi and Mumbai to meeting Brimstone and stealing an ancient relic. This stolen relic seems to give extraordinary powers to Harbor, like deflecting bullets. Based on the trailer, Harbor can apparently spawn walls or spheres that can deflect bullets. Leaks suggest Harbor can create a wall of water that can be bent according to his will. Besides these, he can seemingly create a water bubble that can deflect bullets. Harbor may also be able to summon waves of water, and use a disc shaped device as his ultimate. None of these abilities have been confirmed by Riot yet. Harbor’s abilities will be officially revealed when the Agent in added to Valorant.

Harbor is expected to arrive in Valorant alongside the Episode 5 Act 3 update that is scheduled for October 18th. Riot keeps adding new Agents and game modes to Valorant frequently. The developer had teased an upcoming 5v5 tournament mode for the game last year. While there hasn’t been much information since, the new game mode is rumoured to launch after Episode 5 Act 3 ends. If this turns out to be true, Riot will most likely share more information about Valorant 5v5 tournament in the coming months.

Valorant Mobile release date, download, gameplay, and everything else you need to know