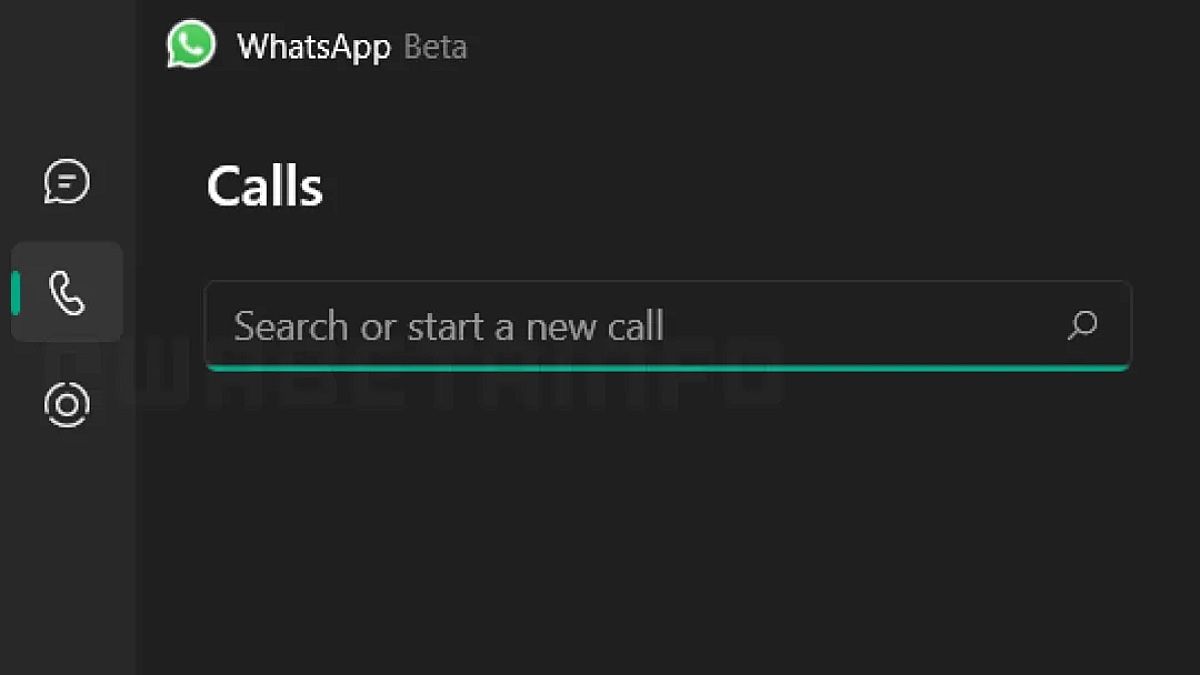 WhatsApp has been reported to be working on a new feature that would allow users to make voice or video calls directly from desktops that support webcams and microphones. Now, according to a new beta version of the app on WhatsApp Windows app, the service has moved one step closer to supporting voice and video calls on its desktop app as well. The word comes from popular beta updates tracker, WABetaInfo, which states that users may soon see a new feature that would track their call history on the device.

How the WhatsApp desktop calling may work

According to the report, the feature would be a part of a new sidebar layout that adds a host of new features to the platform. The sidebar itself has not been new, and is presently used to switch between the chat windows, and the second page that displays the disappearing status updates posted by users on WhatsApp.

Now, according to a screenshot posted by WABetaInfo, the new feature could appear between the chat and status windows, and be signified by a call button. Clicking on the same will open a drop-down page that will display the call history of a user. A search bar to the top of this page shows ‘Search or start a new call’, suggesting that WhatsApp would soon allow users to start making phone calls from their desktop apps as well.

It remains to be seen how such a feature would be received by users. WhatsApp has over 2 billion users around the world, and over 400 million users in India. This would make it the go-to choice for voice and video calls, without needing to switch to a different platform such as Zoom, Microsoft Teams, etc.

The draft Telecom Bill proposed by the union government has also urged for online services such as WhatsApp to be regulated under the same laws as telecom services, a proposal that industry bodies and companies have so far opposed. With calling now coming into the fold for its desktop app as well, it remains to be seen how the industry would react to such a feature.