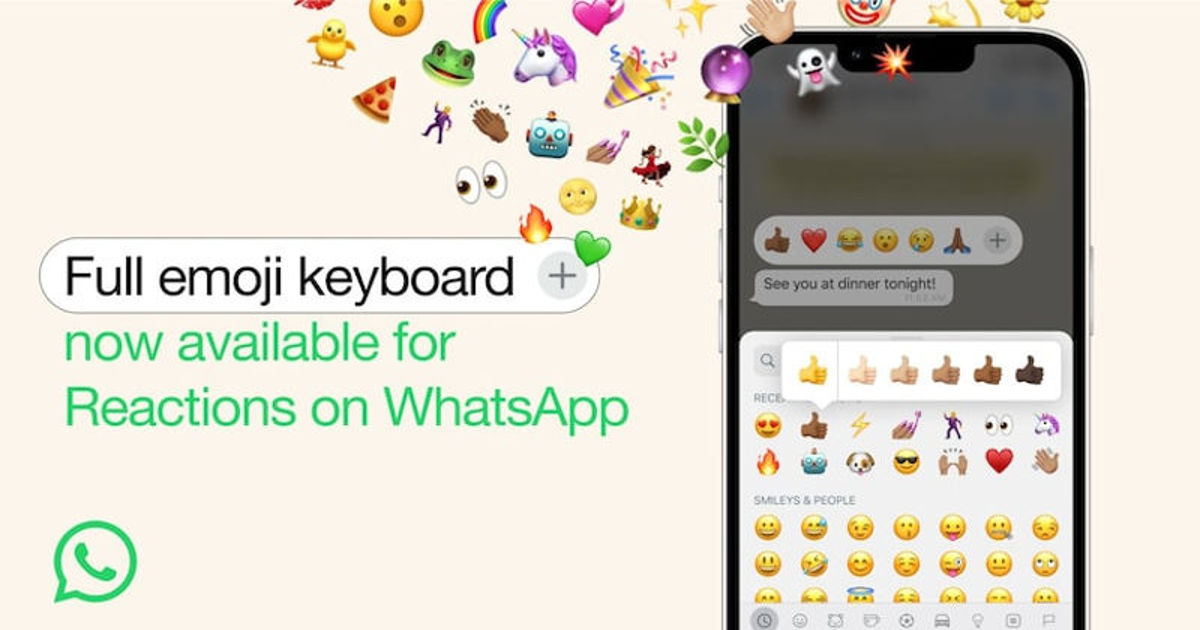 WhatsApp rolled out the emoji reaction feature a few weeks back for all its users but there were only six emoji reactions available at the time of launch, including ‘surprise’, ‘laughing’, ‘sad’, ‘cry’, ‘red heart’, and ‘pray’. However, that is changing now as the instant messaging app is now rolling out the ability for users to use any emoji as a reaction to text messages and media files in a group or individual chat. There will be a new plus symbol that will unlock more emojis in a tray at the bottom.

The emoji tray will also have a search bar where users can look for a more relevant emoji instead of just five existing options. Additionally, WhatsApp will also allow users to adjust the skin tone of the emoji, which was not available with the previous update. The feature will be available to everyone in a phased manner.

WhatsApp will soon roll out more emoji reactions on its chat platform. The feature was released with just five reactions and the company had mentioned it will add more gradually and it looks like the time is now arriving. The emoji reaction feature was long awaited on WhatsApp as Facebook and Instagram had the option for a while. The reception to the feature on WhatsApp seems to be working pretty good as it is very engaging in keeping the conversations going on.

No more stalking: WhatsApp testing feature to let you hide your 'Online' status

WhatsApp confirmed the availability of more emoji reactions and said that it partnered with the creators of World Emoji Day, Emojipedia, to detail some of the most “hotly debated and newest emojis” that users will be seeing in the chats. It said that users will get access to this information once the new update starts rolling out.

Separately, WhatsApp is said to be working on a feature that would allow users to sync their chat history between multiple devices. The feature will be reportedly called the ‘ companion mode‘. It will let users link a secondary mobile device to their WhatsApp account without needing active internet connectivity. However, the exact rollout details of the feature are kept under wraps, for now.