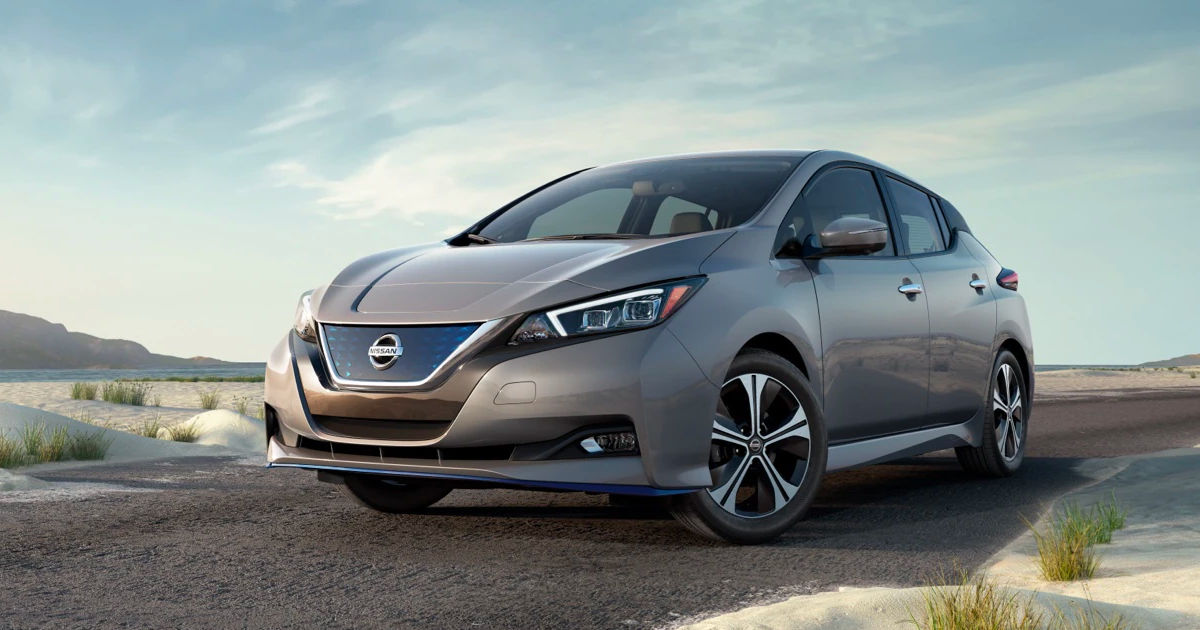 Nissan Motors India might be considering the Nissan Leaf fully electric hatchback for the Indian market. As the EV trend catches on in India, major automakers, both indigenous and global, are willing to bet big money on electric vehicles to tap into the booming market. While foreign brands such as Hyundai and MG Motors are doing well in India with their Kona EV and ZS EV products, it is the Indian auto giant, Tata Motors, rallying at the top with its Tata Nexon EV and Tata Tigor EV. This healthy competition could hence lure in brands such as Nissan to bring electric cars such as the Nissan Leaf EV to India. 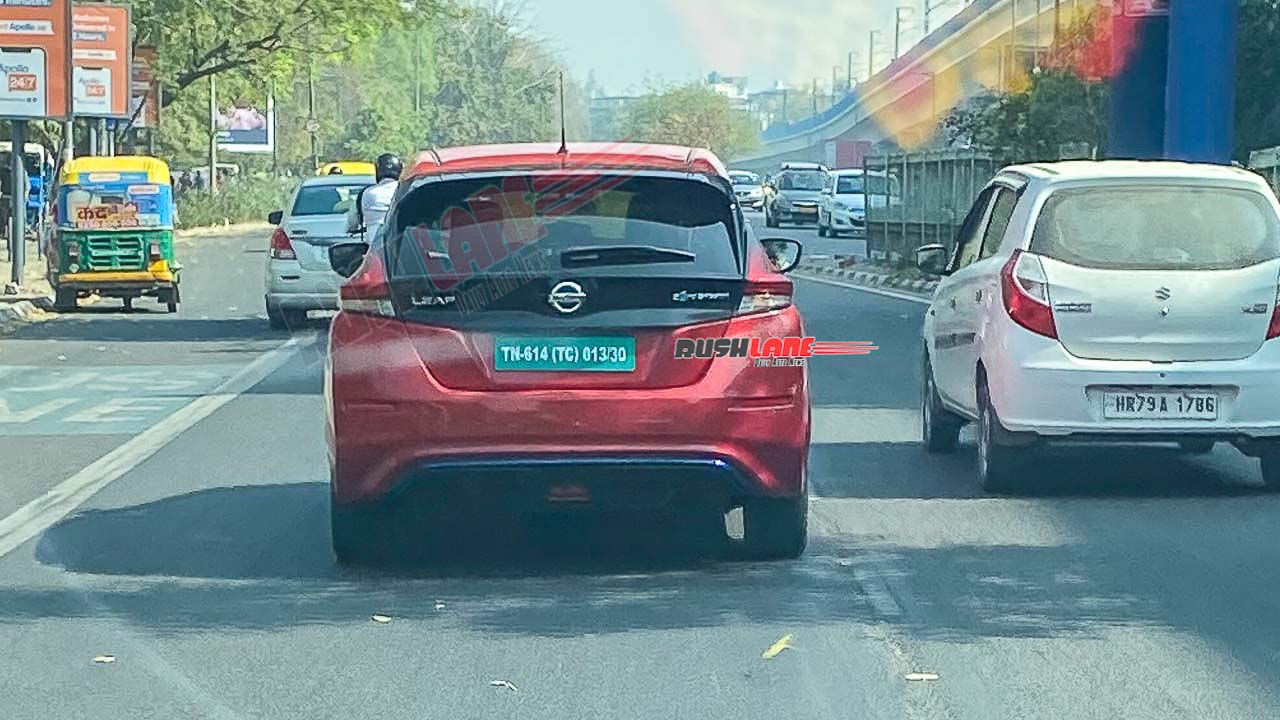 Nissan Leaf is a global product from Nissan Motors and has been on sale in the market for a long time. It is one of the earliest EVs to have hit the market and in 2020 went on to become the highest-selling EV in the world with more than 4,50,000 odd units sold since 2010. The Nissan Leaf which is a premium large hatchback is a fully electrified product from the Japanese motor company. 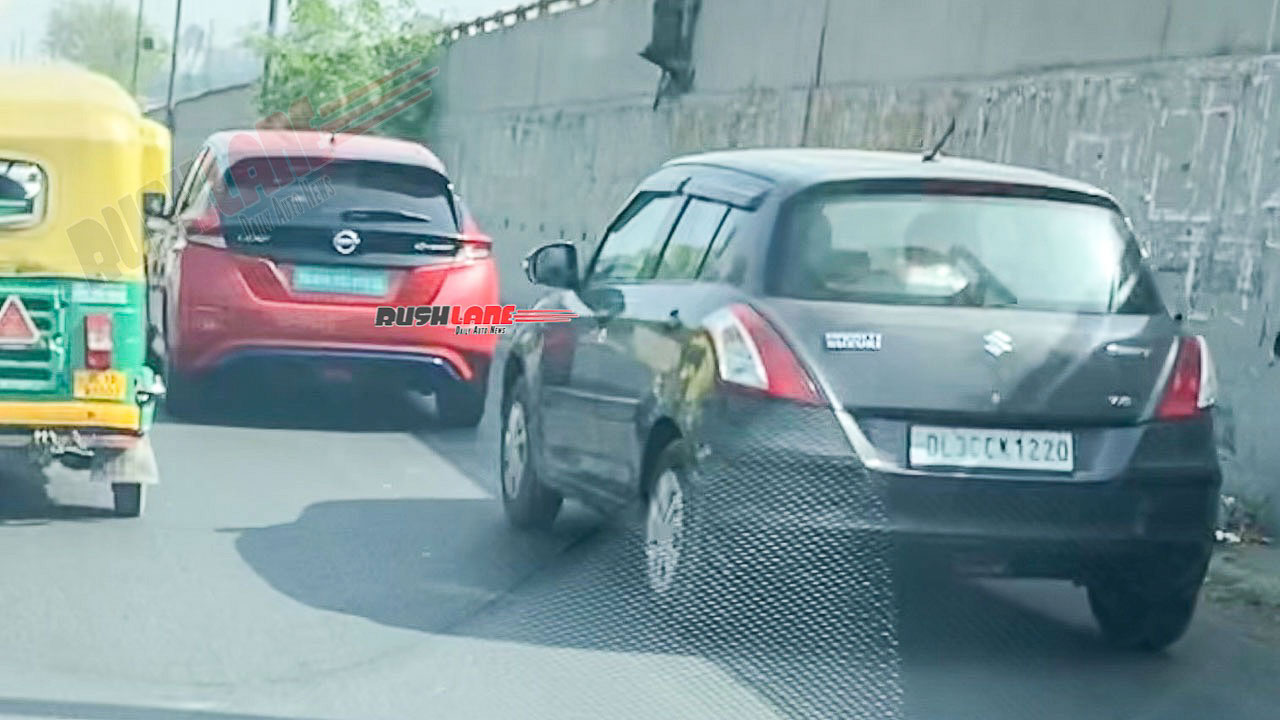 Interestingly enough, the Nissan Leaf has been on test on Indian roads earlier as well, RushLane reports. However, prospects of the electric hatchback in the Indian automotive market seem stronger than ever given the market maturity in the last few years. It also aligns with the ambitions of Makoto Uchida, Nissan’s CEO, who plans to launch an EV in India. The test mule on test here whose pictures were taken by motor enthusiast Swarup Mishra can hence be a hint at the car’s arrival in India. The test mule in question is devoid of camouflage and most of its exterior design traits are visible albeit from the rear end view.

Kia EV6 to reportedly launch in India by June 2022: here's what we know so far

The Nissan Leaf is an electrified large hatchback, a niche and pricey segment for India, and can be expected to be brought in via the completely built units (CBU) route. Nissan Leaf EV price in India is expected to be around Rs 40 lakh, which means it could compete with the Mini Cooper SE and the more expensive Volvo XC40 Recharge.

The Nissan Leaf utilises an electric powertrain and the one likely to come to India comprises a 110kW (147hp and 320Nm) motor paired to a 40kWh battery pack that is good for 225km of range on a single charge. This powertrain propels the hatchback from standstill to 100kmph in 7.9seconds and up to a top speed of 144kmph. The battery pack from a household circuit fully recharges in 12 hours 15 mins and a CHAdeMO type 46 kW DC fast charger can juice up the vehicle in about 41 minutes.

The Nissan Leaf also boasts of the latest technologies such as ADAS which will include a whole suite of assistive technologies, e-Pedal to enable one-pedal driving, extensive regenerative braking, and creature comforts such as Apple CarPlay, Android Auto, auto-dimming rearview mirrors, Bose sound system and more.