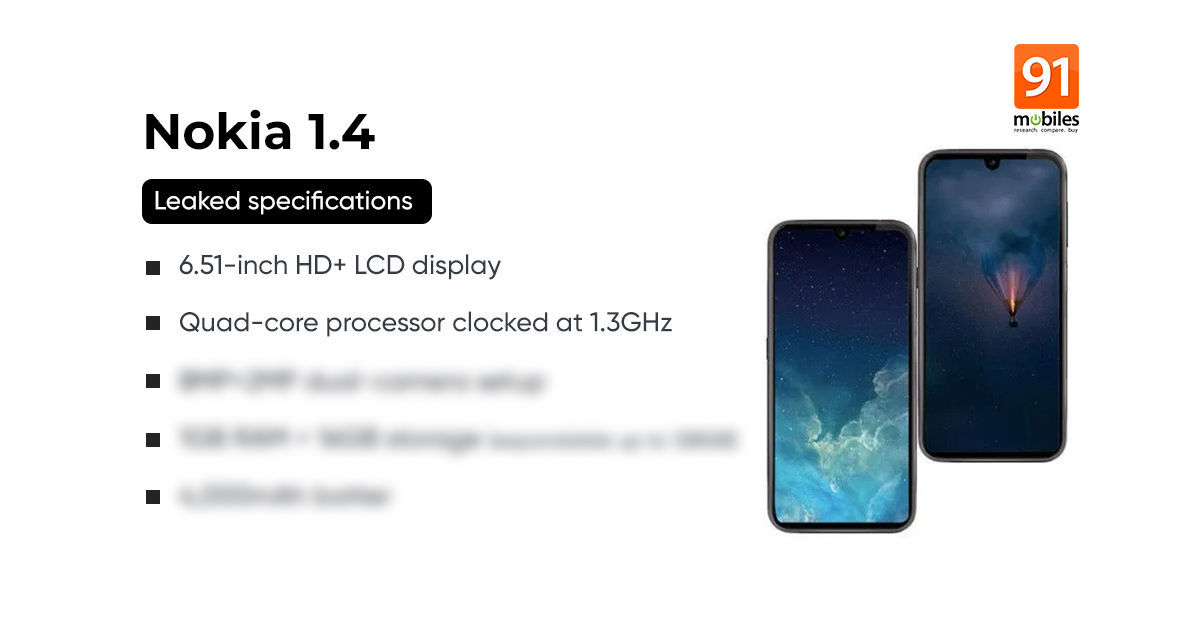 Nokia 1.4 launch seems to be getting closer as we have now discovered the phone on the Wi-Fi Alliance certification website. A Nokia phone with model number TA-1322 has appeared on the certification site along with variant TA-1323 and TA-1329. This model is believed to be the Nokia 1.4 and it was previously spotted on the FCC certification website in December. The Nokia 1.4 specifications and design were teased on the FCC website, but the Wi-Fi Alliance doesn’t reveal all that much. However, it does indicate that the smartphone may be launched soon.

We have spotted the Nokia TA-1322, TA-1323, and TA-1329 models on the Wi-Fi Alliance website and they seem to be variants of the same Nokia 1.4. The TA-1322 model is the global version with Dual SIM support, while TA-1323 and TA-1329 are Dual SIM and Single SIM variants for the US market. The certification website also reveals that the Nokia 1.4 will come with Android 10 and 2.4 GHz Wi-Fi support only, which suggests an entry-level smartphone.

Previously, the Nokia TA-1322 aka Nokia 1.4 design was spotted on the FCC website. It revealed a phone with a circular rear camera module and a fingerprint sensor just below it. Interestingly, this design is similar to the Nokia 7.3 renders that have been doing the rounds.

Nokia 1.4 price and specifications have also been leaked in the past. The budget smartphone is said to be priced below EUR 100 (approx Rs 8,900), though the phone’s India price could be lower if it comes to the country that is. The Nokia 1.4 is tipped to come with a 6.51-inch HD+ display and an unspecified 1.3GHz quad-core processor. The entry-level device is said to come with just 1GB RAM and 16GB internal storage, which would make it an Android Go smartphone. The Nokia 1.4 is also tipped to come with an 8MP dual-camera system, a 5MP front camera, and a 4,000mAh battery, among other things.