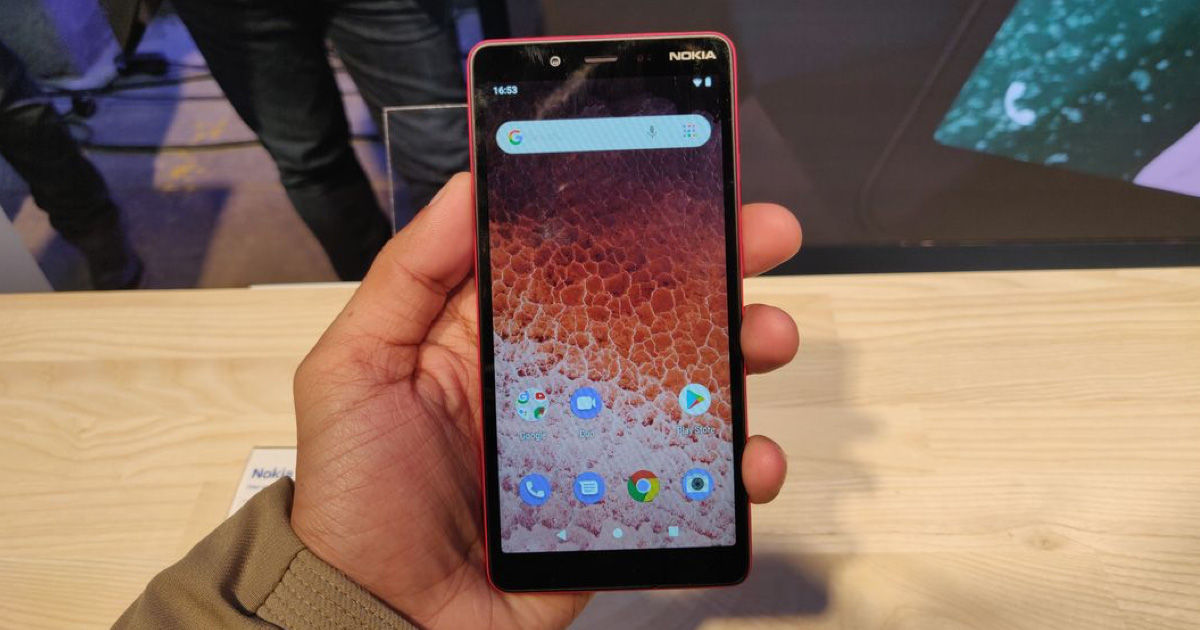 If there’s one smartphone company that really knows how to cover all the bases, it’s undoubtedly Nokia. Reason being, the company has just announced a slurry of smartphones at its pre-MWC event this year catering to every price bracket. Of the four Android-based devices announced, the Nokia 1 Plus is the most affordable smartphone that you can get your hands on. So what do you get for your dough? Let’s take a closer look at the phone. 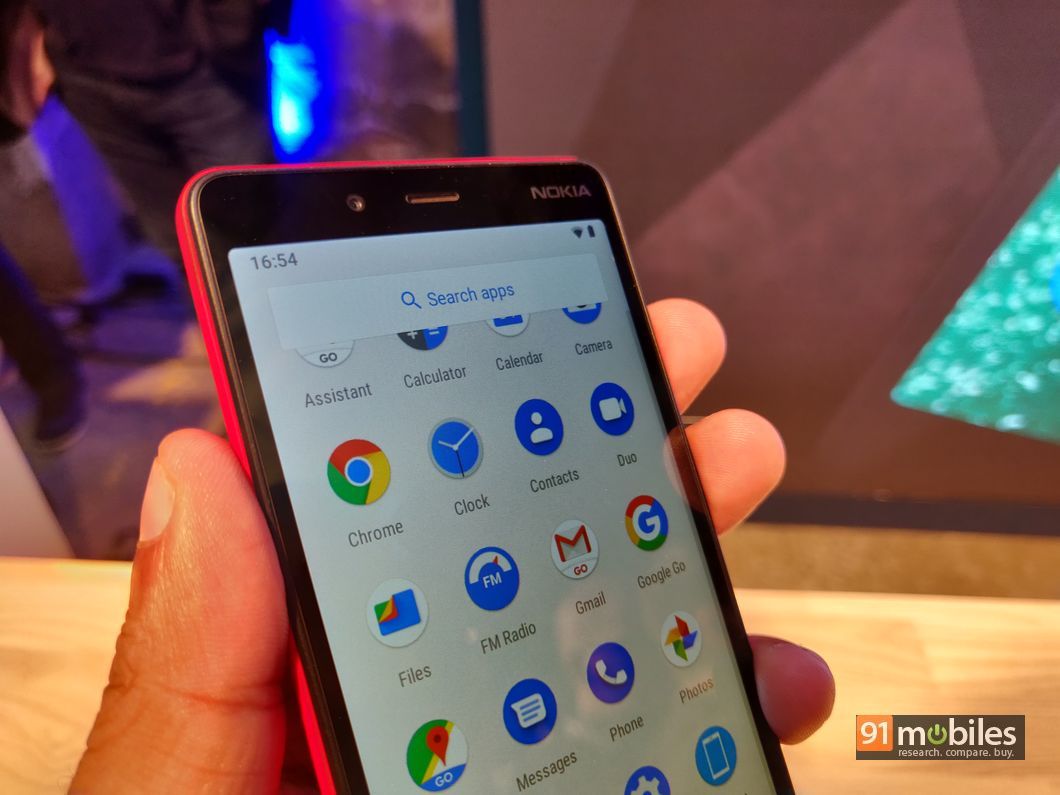 The Nokia 1 Plus draws parallels to its predecessor in more ways than one. In fact, as its moniker suggests, the Nokia 1 Plus is just a bigger version of the Nokia 1 smartphone, which was launched last year. On that note, the device now ships with a larger display measuring in at 5.45-inches with a resolution of 480 x 960 pixels. The panel also sports a more modern 18:9 aspect ratio and consequently, you’ll notice that the Nokia 1 Plus has substantially sleeker bezels than its predecessor. 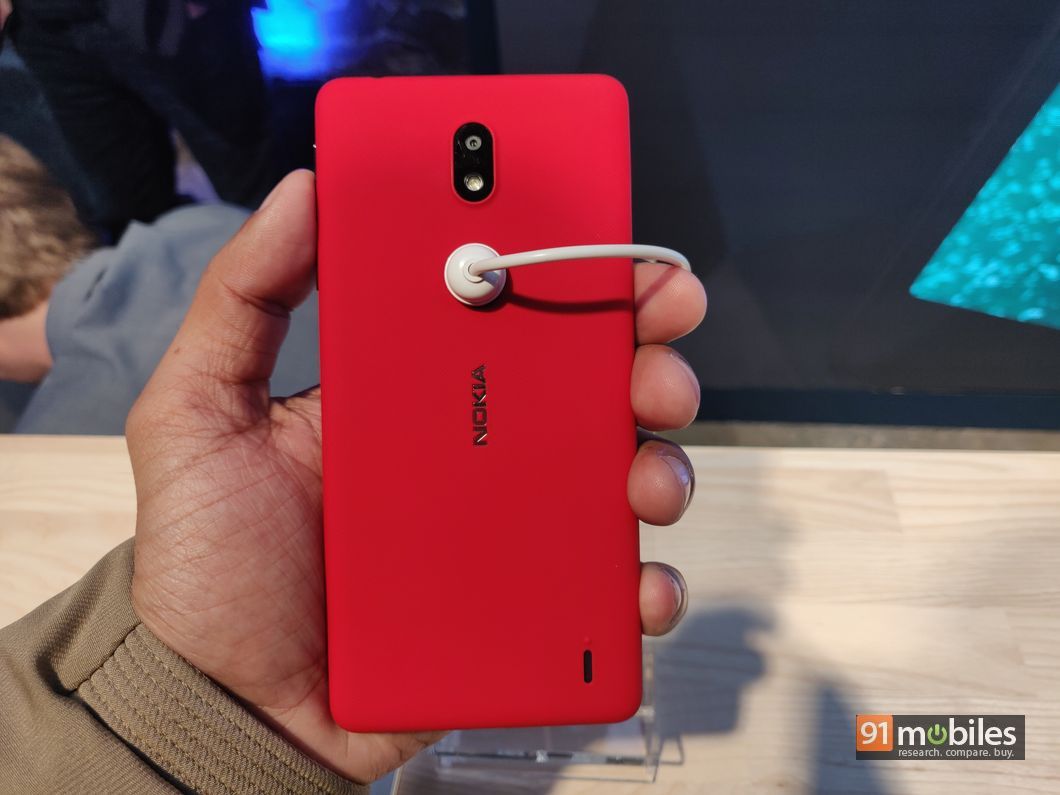 As for the rest of the design, the Nokia 1 Plus too has been constructed in entirety using polycarbonate and the phone ships with a removable back cover which can be opened to access the replaceable battery. The smartphone is a tad bit boxier than its predecessor, but quite honestly, I found the newer design quite appealing. It also lends the phone a more robust build, and oddly enough, accentuates the in-hand feel too. In hindsight, that could have something to do with the company’s 3D nanometer finish, which adds a comforting texture to the back of the device. 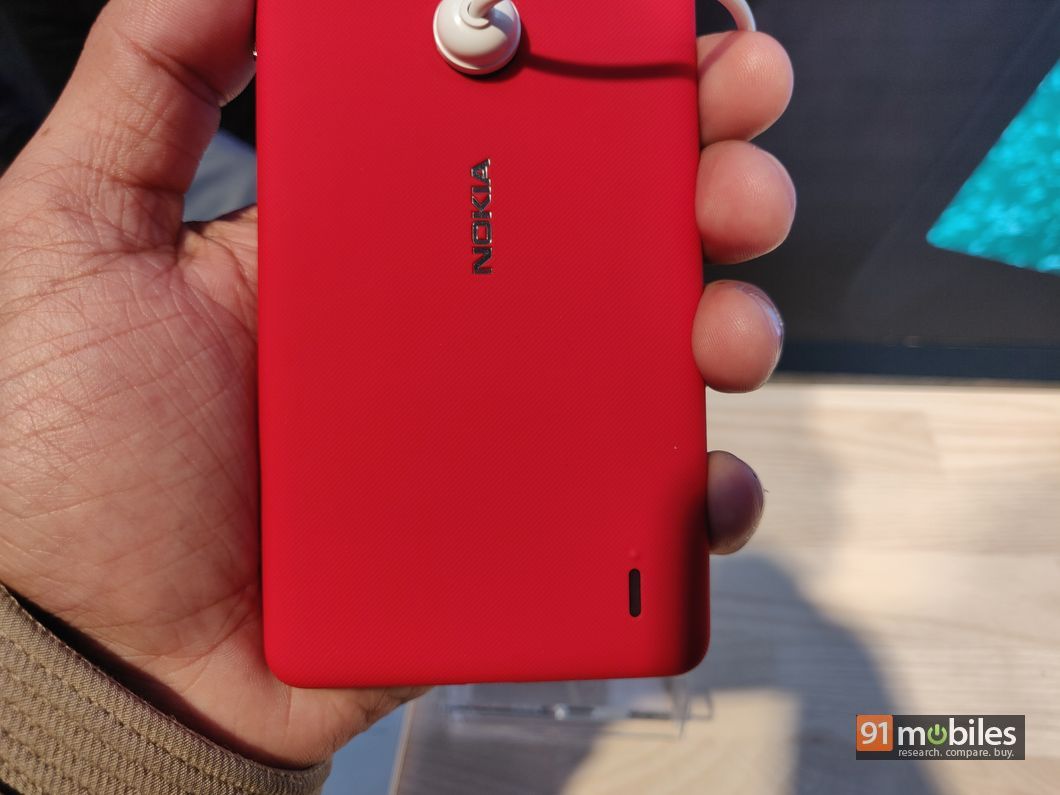 The placement for ports and buttons is a standard affair on the Nokia 1 Plus, with the power button and volume rocker taking up space on the right fascia of the device. Towards the bottom, buyers will find a micro-USB port to charge the smartphone, with a mono-firing speaker positioned at the back. There’s no fingerprint sensor onboard the Nokia 1 Plus, which is more than acceptable going by the smartphone’s price. On the flip side, you do get an old-fashioned headphone jack located at the top of the device which will let you plug in your standard earphones. 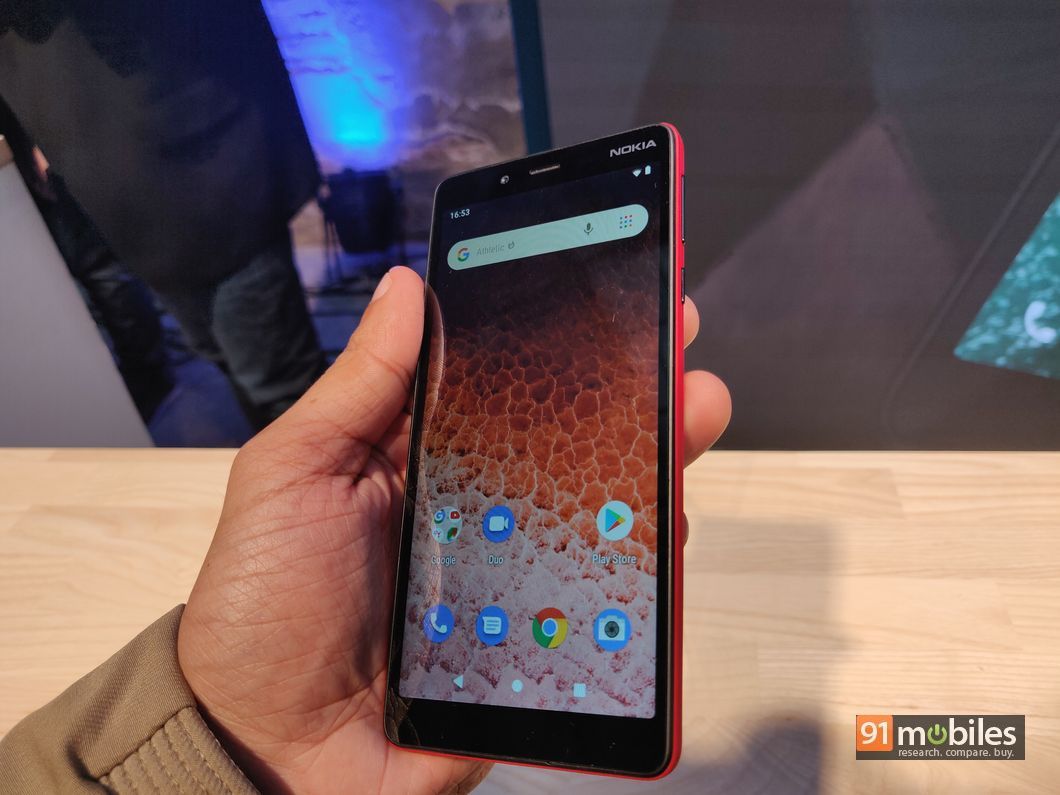 Underneath its plastic chassis, the Nokia 1 Plus is driven by a quad-core MediaTek MT6739WW processor which works alongside a gig of RAM and 8GB of built-in, user-expandable storage. Now, don’t be appalled by the handset’s specs — it is an entry-level Android smartphone after all, aimed at those who’re coming from a feature phone. To that extent, the smartphone works well. App launch times weren’t the quickest and there were some noticeable jitters when I was jumping from one app to the other, but for the most part, the device held up well. I will have more to say about the 1 Plus’ performance when I get to spend more time with it, so stay tuned. 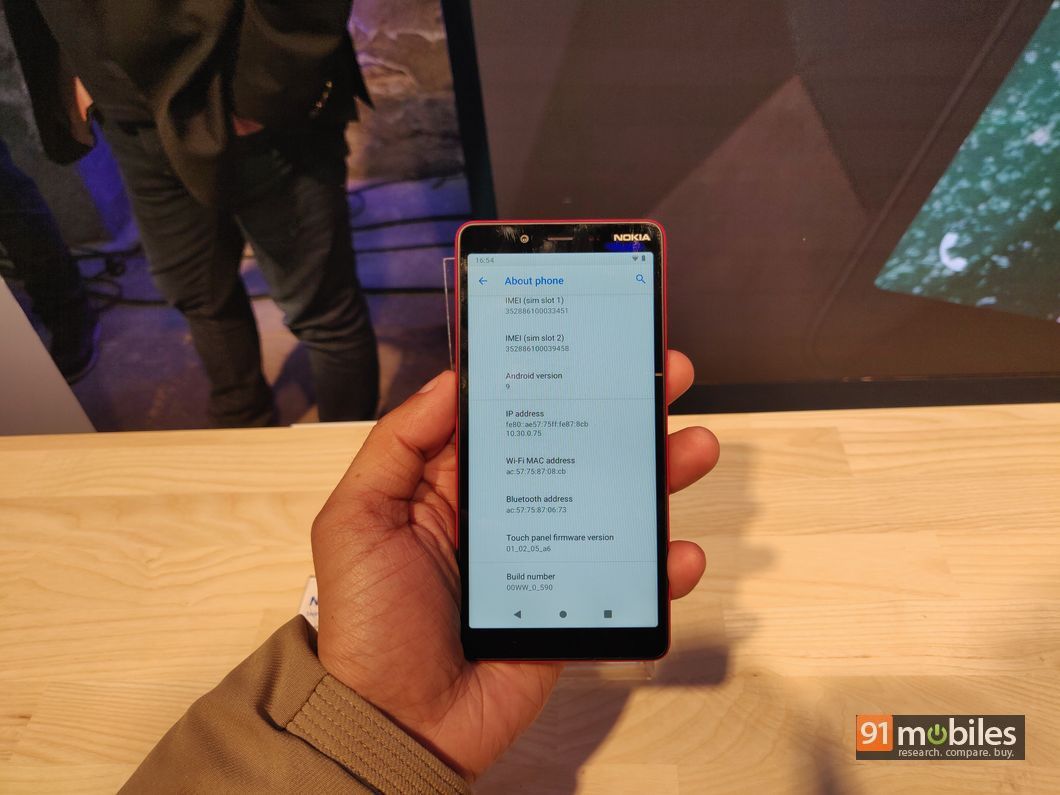 For software, the Nokia 1 Plus ships with Android Pie Go Edition, which for the uninitiated, is a lightweight version of the latest Android iteration and is completely stock. What’s more, to leverage the smartphone’s low-end hardware, Android Go allows buyers to download the ‘Go’ version of some popular apps. These apps retain most of the core features of their regular counterparts without eating up the system’s resources all that much, making them well suited for devices like the 1 Plus. 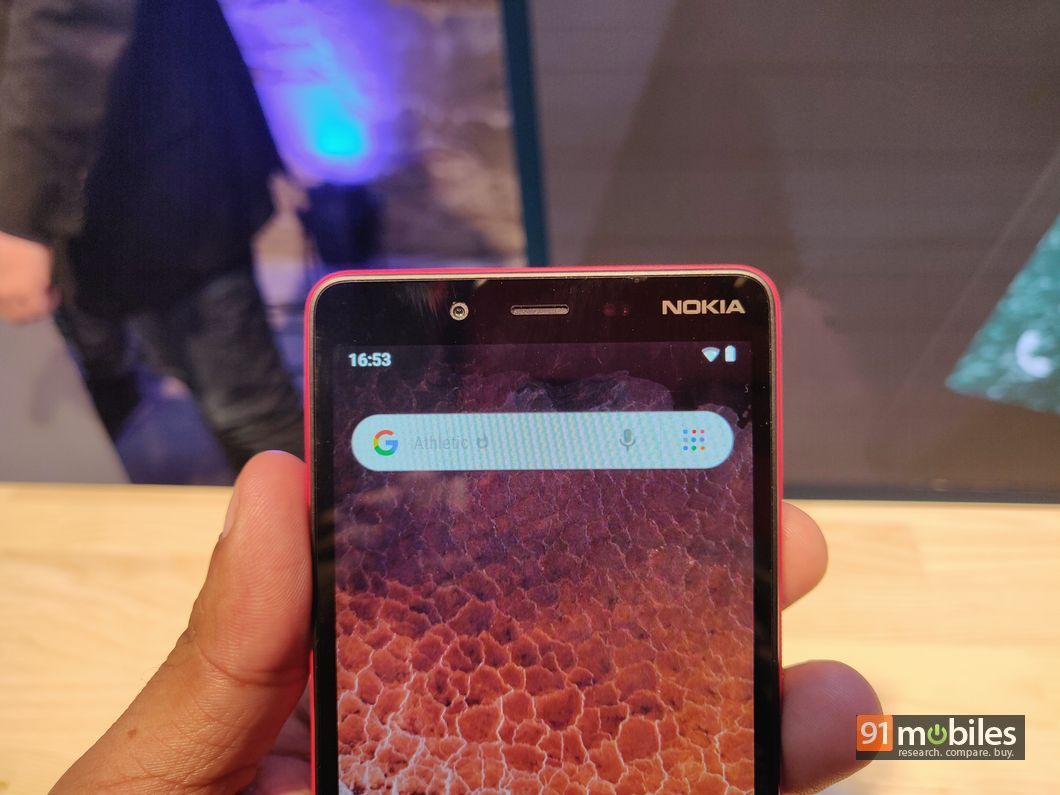 In the camera department, the Nokia 1 Plus features a pair of 8MP and 5MP sensors positioned on the back and the front respectively. Unfortunately, I couldn’t take photos with the device on the show floor, so you’ll have to wait for our full review of the device to know more about the same. As for the battery, the handset is fueled by a 2,500mAh cell which as I mentioned previously, is replaceable. 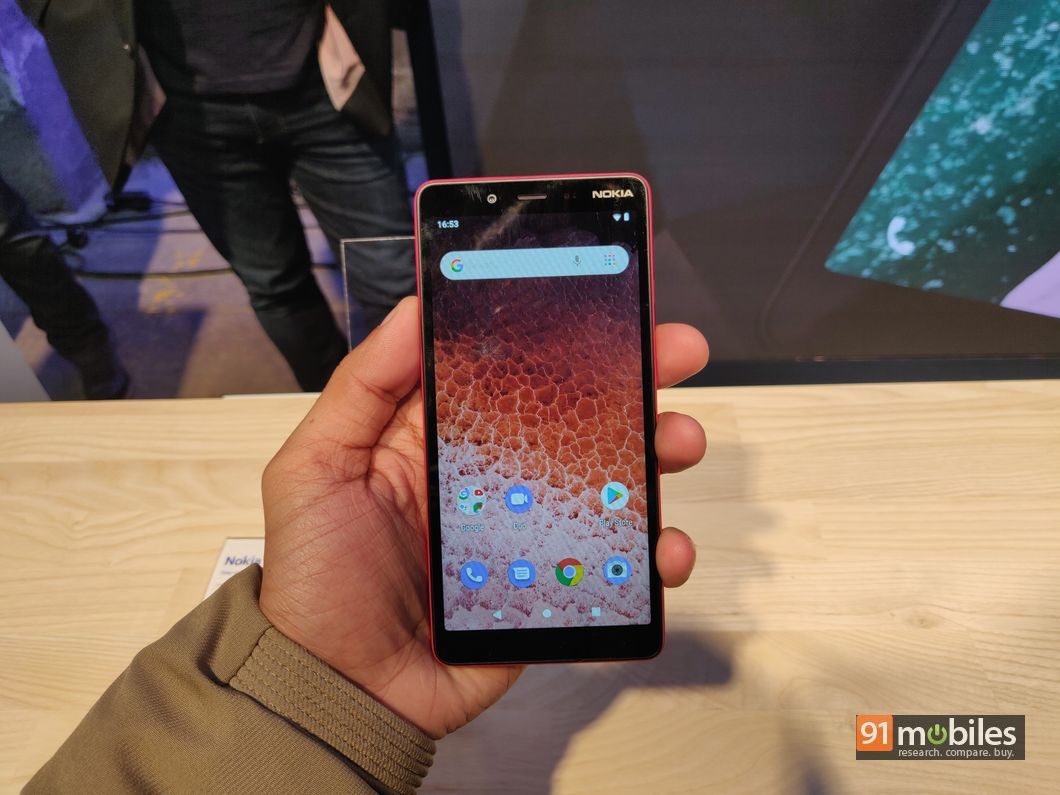 Coming to the pricing, the Nokia 1 Plus will retail for $99 (~Rs 7,000) and will go up on sale starting next week. While there are a handful of full-fledged Android smartphone in this price segment, it’d be interesting to see how the 1 Plus manages to stand out, if and when it launches in India.