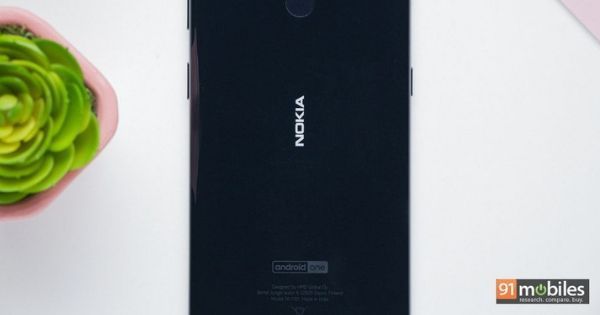 HMD Global may soon refresh its budget lineup to take on the likes of the Redmi 8A and Realme 3i. The Nokia 2.3 has seamlessly surfaced on a Spanish store website, just a day after the brand announced it will host the launch of a yet-unnamed Nokia phone on December 5th. Nokia 2.3 is believed to be a low-end offering and could come with a somewhat similar price tag as its predecessor Nokia 2.2. As per the listing, the Nokia 2.3 price is going to be $93.990, which roughly translates to Rs 6,750 in Indian currency. The handset will be powered by Android and is expected to come in at least Green colour.

The rest of the Nokia 2.3 specifications are vague at the moment; however, a report by NokiaPowerUser suggests that the handset could ship with 2GB of RAM and 32GB storage onboard. This would be a worthy upgrade the 16GB storage available on the earlier models. The storage on the Nokia 2.3 will most likely be further expandable using a microSD card.

Furthermore, the Nokia 2.3 is allegedly in work with model number ‘TA-1206′. The model number was spotted in a database in three colour variants: Sand, Cyan Green, and Charcoal. The handset will reportedly feature a 6.1-inch display with HD+ resolution and a waterdrop notch atop to house the selfie camera. A 3,920mAh battery will allegedly run the entire setup.

We’re expecting the Nokia 2.3 chipset, camera hardware, and other hardware to be better than the Nokia 2.2, which is currently available at Rs 5,999 in India. The latter rocks 5.7-inch HD+ display, MediaTek Helio A22 SoC, 13-megapixel primary camera, a 5-megapixel shooter on the front for selfies and video calling. A 3,000mAh battery rounds off the specs of the Nokia 2.2.

As mentioned above, HMD Global is yet to announce which model it will launch on December 5th, it is widely expected to be the Nokia 8.2 mid-ranger. We’re hoping the Nokia 2.3 launches the same day.