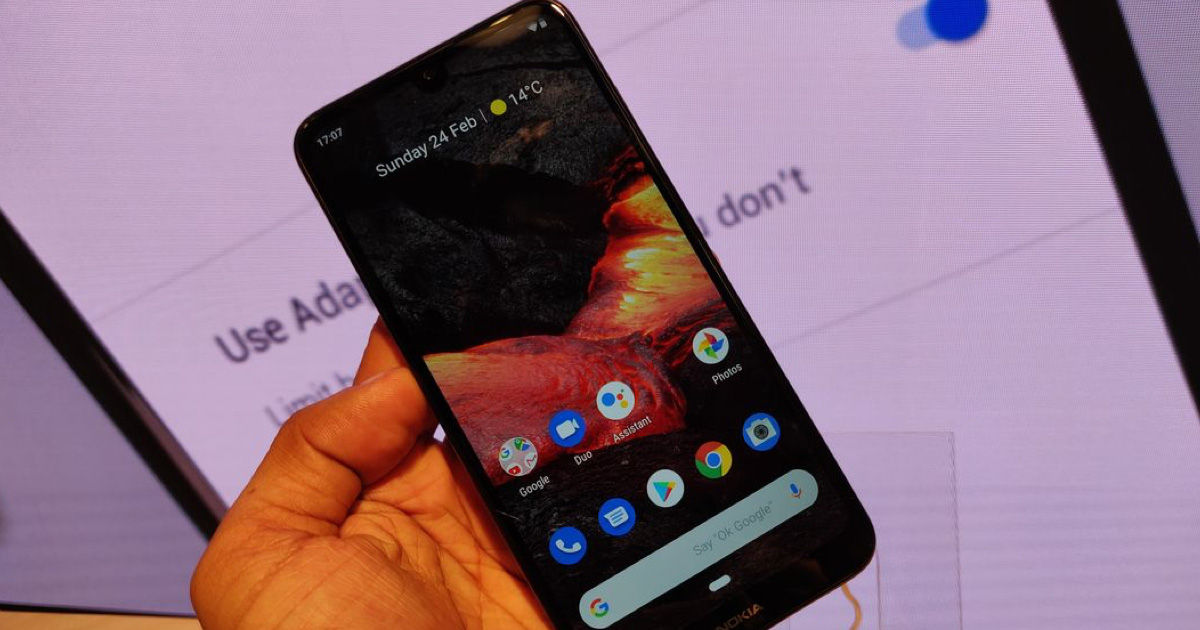 “Up close with Nokia’s latest affordable handset — the Nokia 3.2”

Try, try until you succeed — that seems to be the motto Nokia is abiding by this year. While last year’s Nokia 3.1 was a compelling affordable handset, it was overshadowed by the competition. However, with its successor — aptly termed as the Nokia 3.2 — the company has opted to equip the device with a substantially more powerful SoC, and has given its design a facelift too. I managed to get my hands on a unit at this year’s MWC, and here’s why I feel it could create ripples in the Indian smartphone industry. 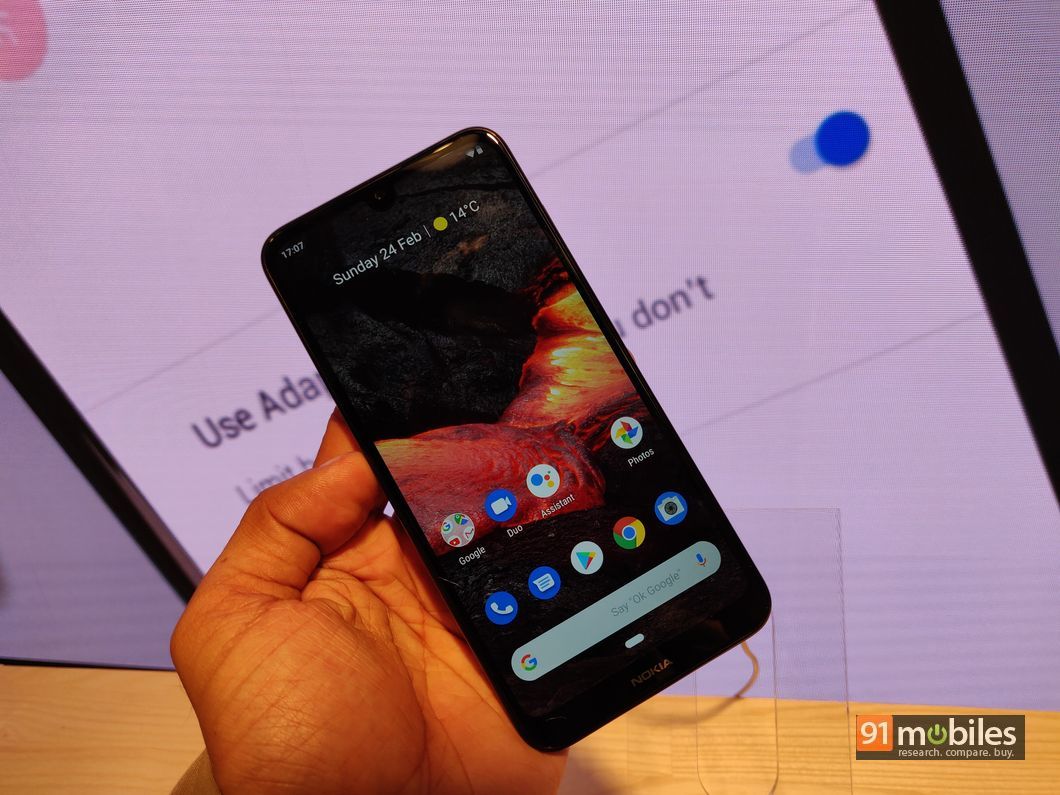 In my books, Nokia’s 3.2 is THE smartphone to get if you’ve spent all your money on streaming services like Netflix. The device is extremely affordable and for the price, offers a massive 6.26-inch HD+ display and a humongous 4,000mAh battery, making it a godsend for people who like to consume media on the fly. 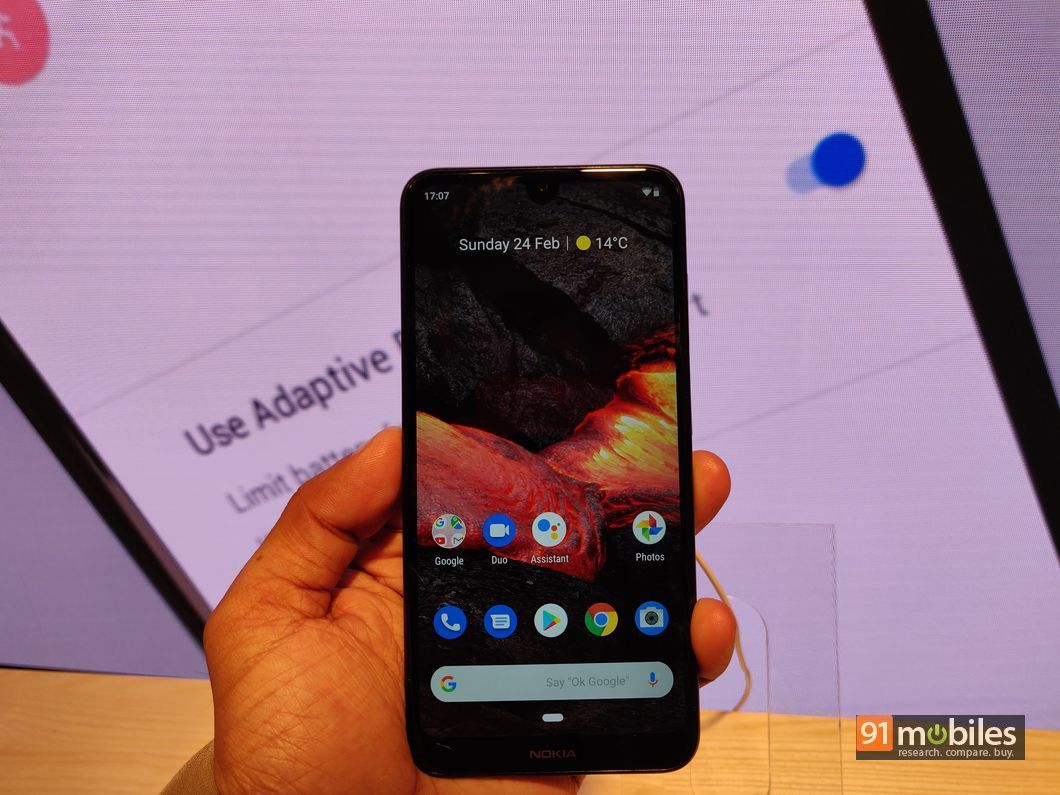 Thankfully, despite its massive screen or its beefy battery, the smartphone doesn’t feel too unwieldy in the hand as it ships with slim bezels a relatively sleek girth measuring in at 8.6mm. However, I would still recommend buyers to exercise caution when using the smartphone with just one hand as it’s not the most grippy smartphone in the market. That’s partly due to the handset’s glossy back which is as slippery as it is a fingerprint magnet. 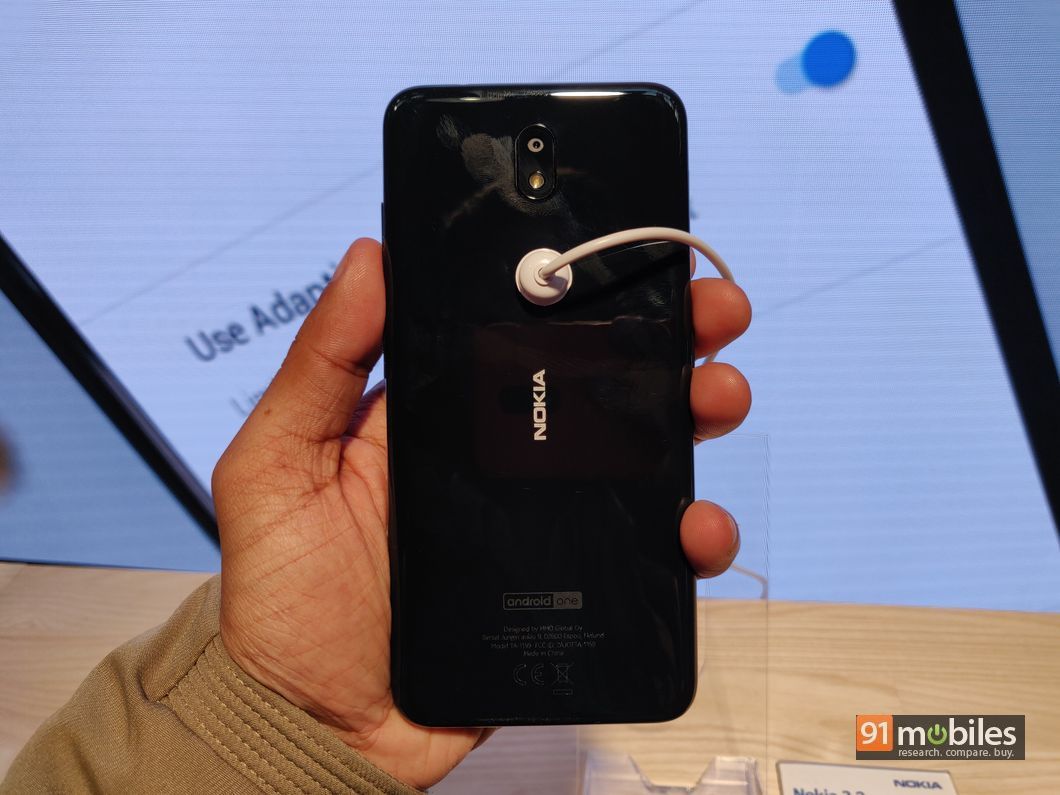 Much like the Nokia 4.2 (first impressions), the Nokia 3.2 also features with a Google Assistant key and a power button with an LED embedded in it. There’s also a fingerprint sensor present towards the back of the unit, however, that feature is limited only to the 32GB variant of the device. Unfortunately, I couldn’t quite test the sensor but going by my experience with the 4.2, it should be fairly reliable. 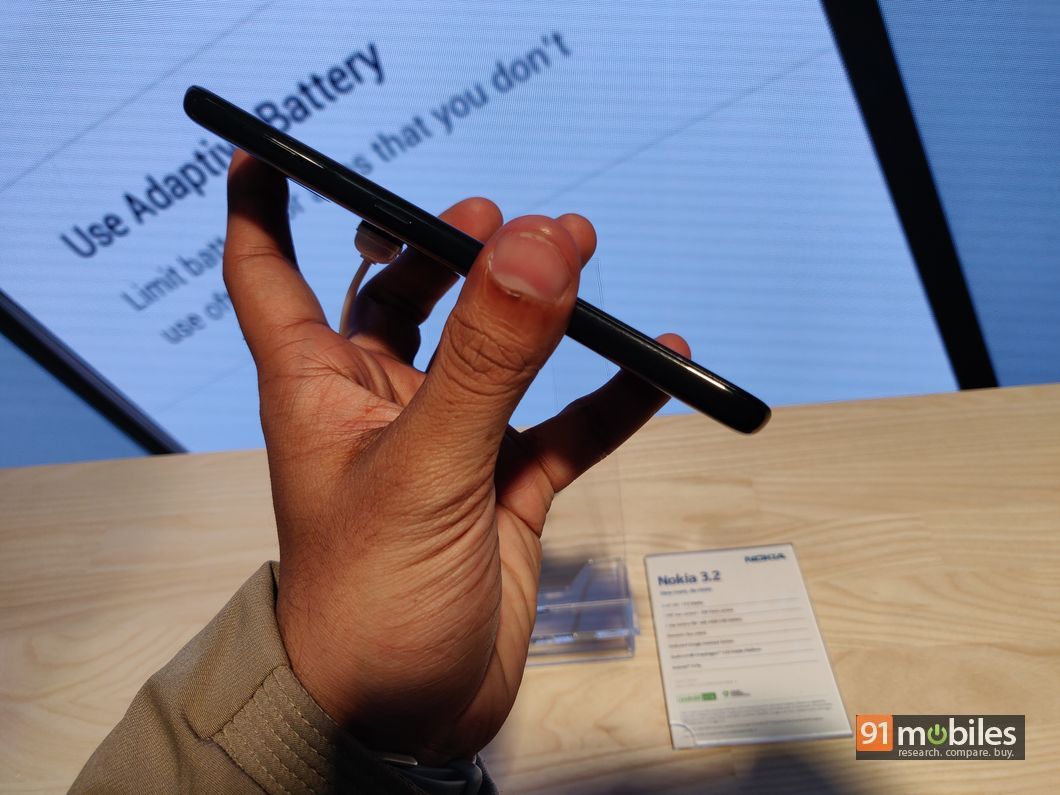 In the performance department, the Nokia 3.2 is backed by Qualcomm’s Snapdragon 429 SoC which works alongside either 2GB or 3GB of RAM. Depending upon the variant you opt for, you’ll either get 16GB or 32GB of built-in, user expandable memory with the device. Interestingly enough, the Nokia 3.2 didn’t feel as fluid as its bigger sibling during my initial stint with the unit. That’s quite odd, as the performance delta between the two processors isn’t that large. However, I will reserve my judgment until I’ve spent some more time with the device, so stay tuned for the same. 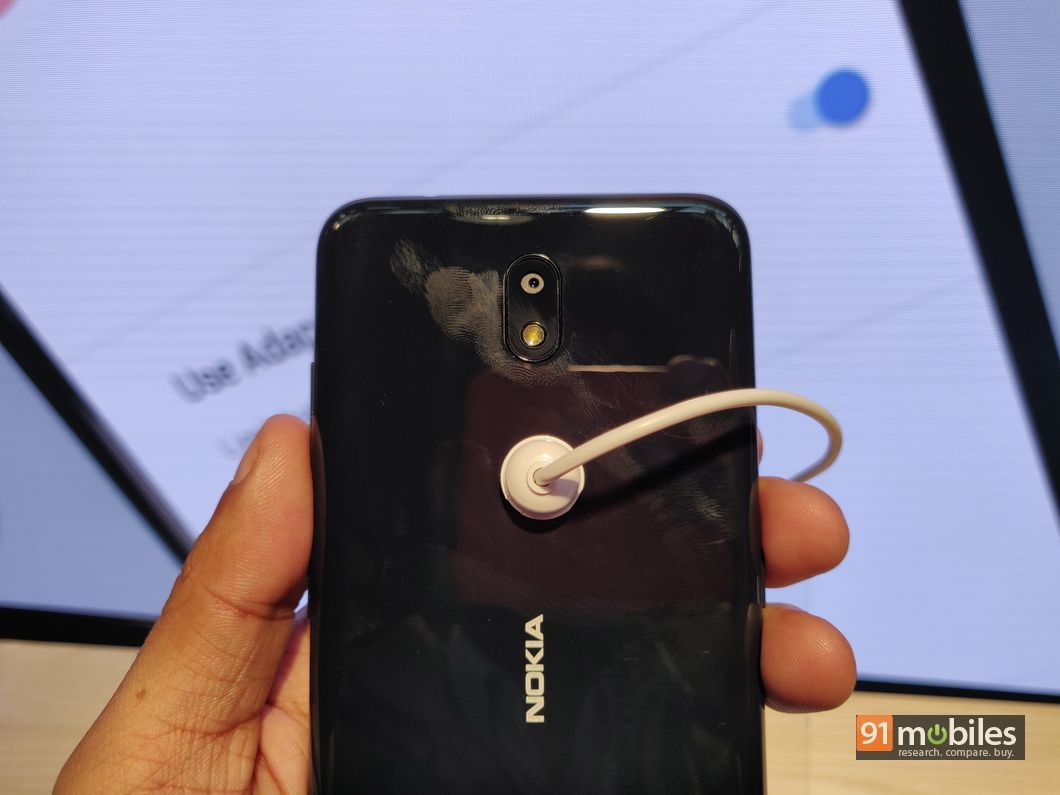 To cater to thhe user’s photography needs, the Nokia 3.2 offers a pair of 13MP and 5MP sensors on the back and the front respectively. While the camera setup looks promising on paper, I will have to spend some more time with the sensors to get a proper gauge on the smartphone’s camera prowess. That said, it’s noteworthy that the smartphone struggled to focus properly on to a subject in the demo zone at Barcelona, and the shutter speed was a tad bit slow too. 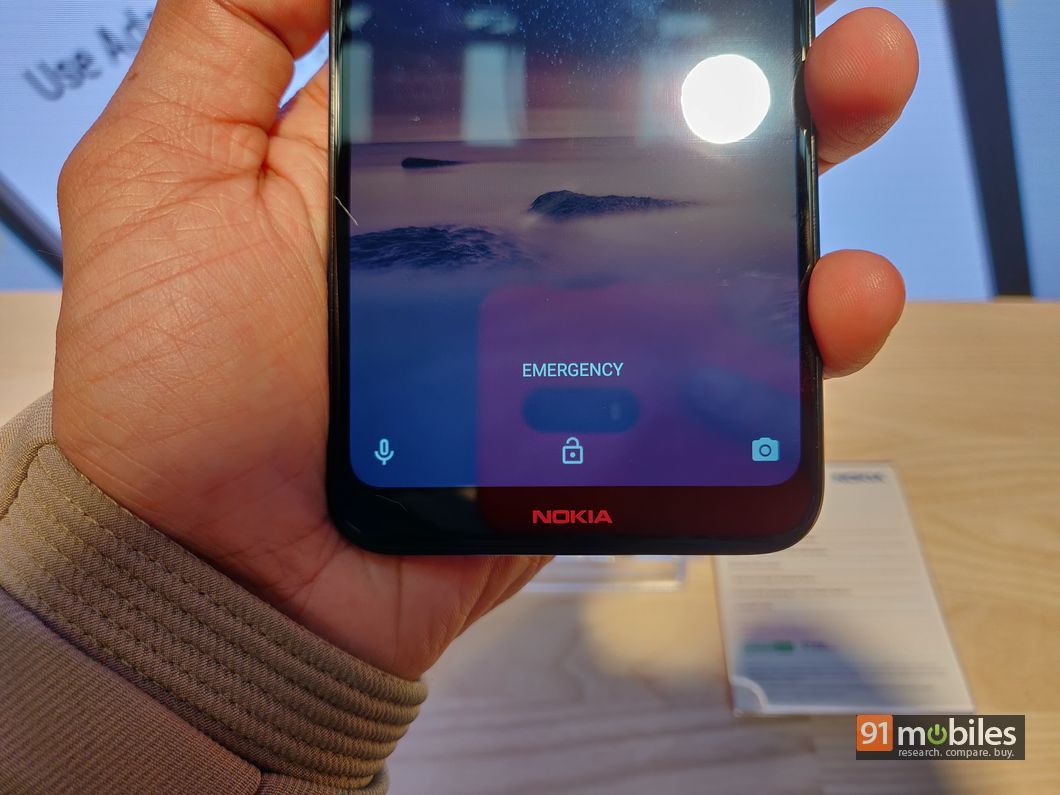 The Nokia 3.2 is an Android One device and correspondingly, offers buyers a stock, no-frills Android Pie experience. The smartphone starts at $139 (~Rs 10,000), which makes worth watching out for. Unfortunately however, there are no details as to when the device will make its way to the Indian shores. We’ll keep you posted as and when I get more information, so keep watching this space.

Best deals on wired and wireless mouse under Rs 1,000 on Amazon