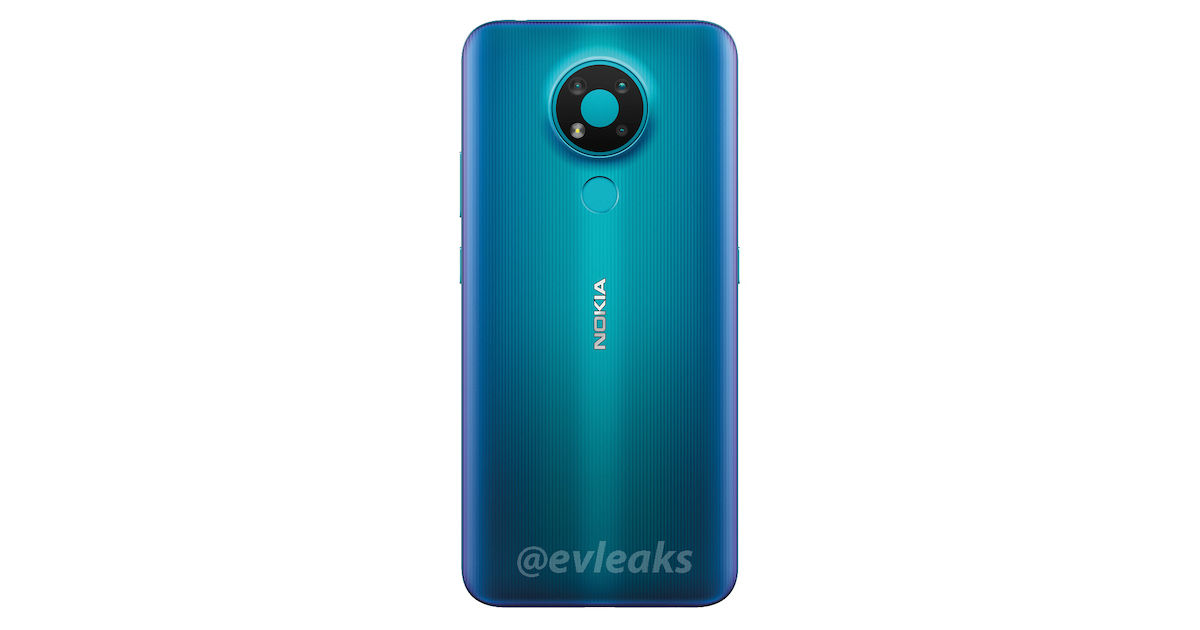 Nokia 3.4 is an upcoming budget smartphone that is expected to launch in the coming weeks. In fact, the phone was speculated to be announced at IFA 2020, but that did not happen. Renders of the Nokia 3.4 were leaked last month, so we have a pretty good idea of what to expect in terms of design. Now, tipster Evan Blass has shared a clear render of the phone in a blue colour variant. We only get to see the back of the back with its circular camera module and fingerprint sensor. The front is expected to see a near bezel-less display with a punch-hole cutout.

Also read: Nokia 5.3 with quad-camera setup, up to 6GB RAM goes on sale in India

The render shared by Blass clearly shows us the buttons on the sides and the presence of a 3.5mm headphone jack on the top side. The phone will get the usual power button and volume controls on one side and a dedicated Google Assistant button on the other.

Nokia 3.4 aka Doctor Strange appeared on Geekbench last month with some key specifications. The phone is expected to be powered by the Qualcomm Snapdragon 460 chipset paired with 3GB RAM. The Nokia 3.4 is expected to be an Android One device with the latest stock Android version out of the box. Depending on the launch timeline, this could either be the Android 10 or Android 11. Other details about the Nokia 3.4 are yet to be revealed.

HMD Global recently launched the Nokia 5.3 in India, priced starting at Rs 13,999. The smartphone touts a 6.5-inch HD+ display and is powered by the Snapdragon 665 chipset paired with 6GB RAM and 64GB internal storage. The phone is equipped with a quad-camera setup at the back that includes a 13MP primary sensor, a 5MP ultra-wide-lens, a 2MP depth sensor, and a 2MP macro lens. The Nokia 5.3 houses a 4,000mAh battery and comes with connectivity options like 4G LTE, Wi-Fi, Bluetooth 5.0, GPS, USB Type-C port, aptX, and NFC.