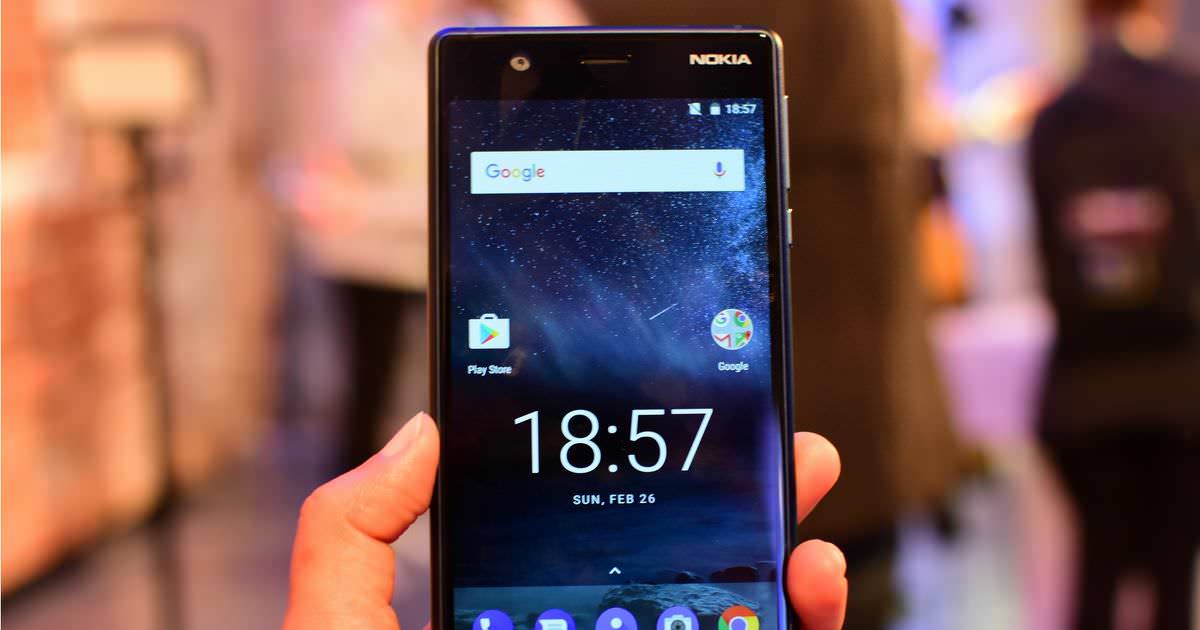 Even before MWC 2017 kicks off officially, HMD Global’s Nokia has raised our excitement levels with the introduction of its range of phones at a pre-MWC event. Apart from the resurrected Nokia 3310 (first impressions), the company took covers off the Nokia 3, Nokia 5 (first impressions) and the global variant of the Nokia 6 (first impressions) smartphones. The Nokia 3 is the most affordable handset in its lineup, but don’t take it lightly because it still manages to pack a lot. We spent a fair bit of time with the smartphone, and here’s how we’ll sum up our initial experience.

The Nokia 3 looks poles apart from its siblings as it isn’t crafted out of metal. Even in terms of design language too, it has taken a different approach. Gone are the rounded corners and curved edges, and what you get instead is a rectangular slab with the sturdy metal frame running along the edges and a polycarbonate back.

While polycarbonate might not match up to aluminium, the phone still looks quite premium. In fact, thanks to the matte finish, we found the Nokia 3 to be better in terms of handling as it provides a better grip. Similar to its brethren, the device can be purchased in several hues such as silver, black and white with the option of silver or copper frames. 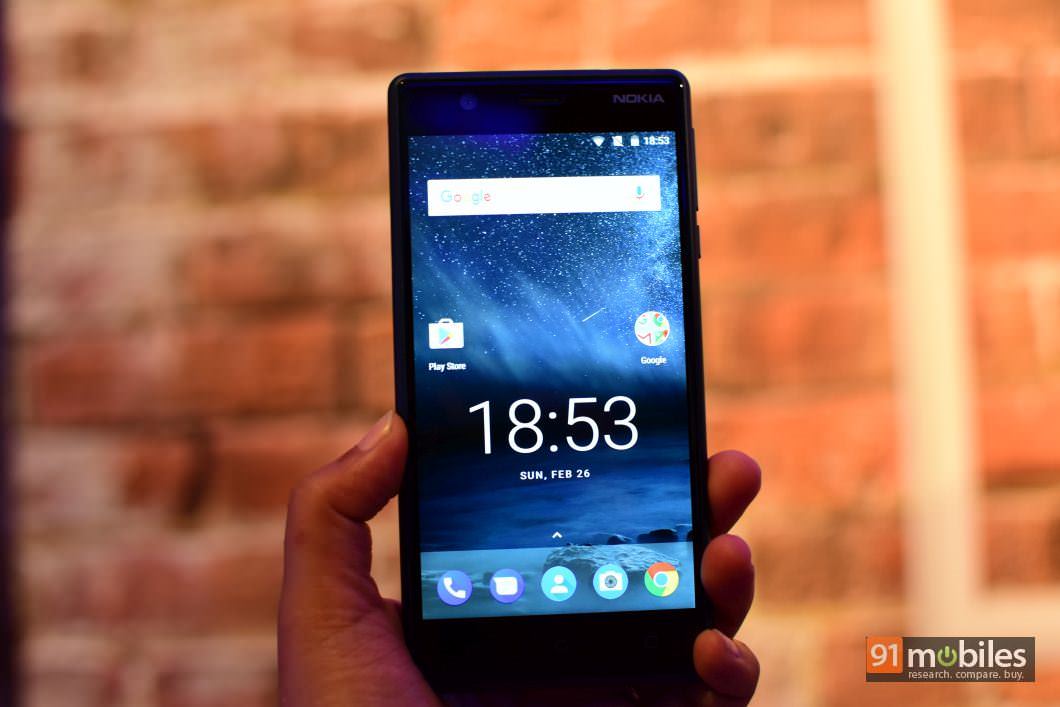 In terms of design elements, the Nokia 3 has three capacitive buttons below the display unlike the Nokia 5 and 6, which had physical home buttons flanked by capacitive keys. Above the display, you’ll find Nokia branding, front-facing snapper and a couple of sensors.

The button and port placement remains quite standard though, and just like the Nokia 5, the Nokia 3 has three slots – two for inserting micro-SIMs and one for extending the available 16GB of memory via microSD cards.

Apart from being the most affordable, the Nokia 3 is the smallest among its siblings as it’s got a 5-inch display. With 720p resolution, the IPS screen seems quite sharp and offers vibrant colours too. It also gets a polarising layer to ensure sunlight legibility along with a curved Corning Gorilla Glass for protection against scratches and minor knocks.

The differences with its siblings continue in other aspects too and perhaps, the biggest (and most surprising) change is in the performance department. Nokia has opted for a MediaTek SoC to power it up. The MediaTek 6737 features four Cortex-A53 cores running at 1.3GHz. The SoC is coupled with 2 gigs of RAM. The hardware is decidedly budget-centric which should be sufficient for average to moderate usage. The fact that the interface is completely stock should also help in keeping things smooth. Yes, the Nokia 3 comes with the latest iteration of Android Nougat, complete with the Google Assistant. With MediaTek-powered smartphones being infamous for late software updates, or sometimes no updates at all, it’d be interesting to see how Nokia lives up to its promise of offering the latest version of Android to all its smartphones in a timely manner.

For imagery, the Nokia 3 comes with an 8-meg shooter with autofocus at the back, plus another 8MP sensor at the front. The rear camera gets help from a dual-LED flash to shoot in poorly-lit environments. The selfie camera has a wide angle of 84-degrees to ensure your groupfies include everyone.

Juicing up the phone is a 2,650mAh non-removable battery. The connectivity options include 4G support, Bluetooth, Wi-Fi, NFC and GPS. Priced at €139 – just a shade below Rs 10,000 – the Nokia 3 is an ideal smartphone for the price-conscious Indian market. What it lacks in specs, it tries to make it up with its build quality and clean software. Additionally, it’s among the very few smartphones that feature 5-inch displays in the segment. Expected to be released in the next couple of months, the phone could surely become a good alternative to the Xiaomi Redmi 3s Prime (review) and Lenovo K6 Power.