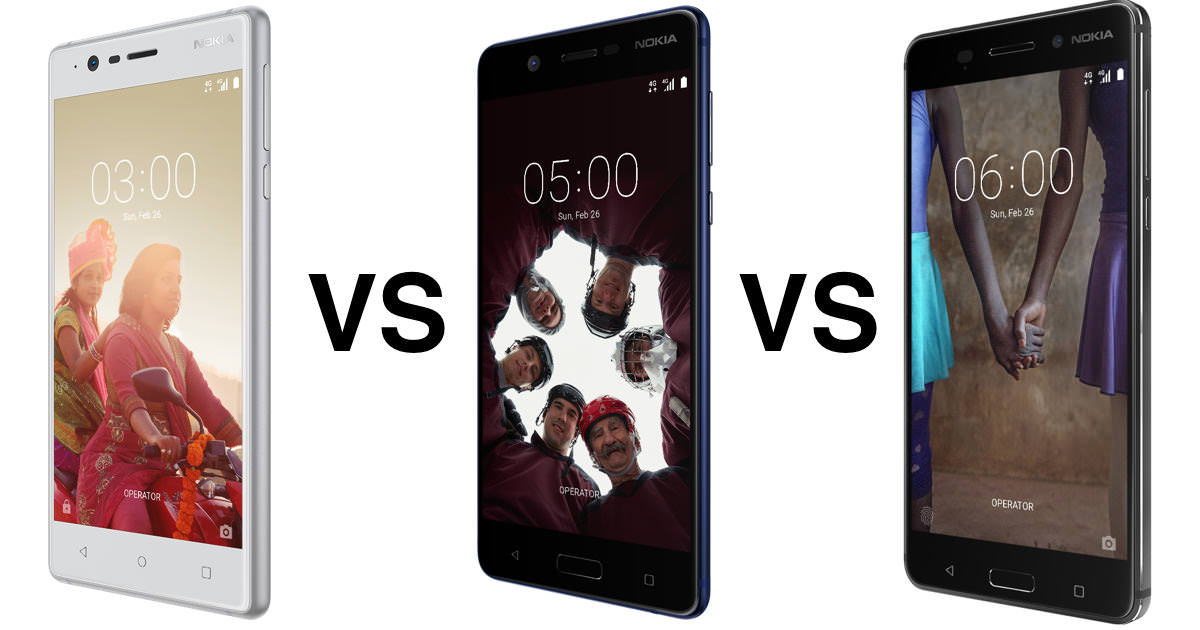 The iconic brand which gave many of us our first mobile phones is officially back. Yep, we’re referring to Nokia of course. Not with a Windows or a Lumia phone, but with a trio of Android powered smartphones dubbed the Nokia 3, the Nokia 5 and the Nokia 6. The brand, which is now making a comeback under HMD Global’s umbrella, will undoubtedly be eyeing the throne for the best smartphone manufacturer in business again, but before we start wondering whether or not it has a shot, let’s take a look at what Nokia has to offer with its new Android-powered smartphones. 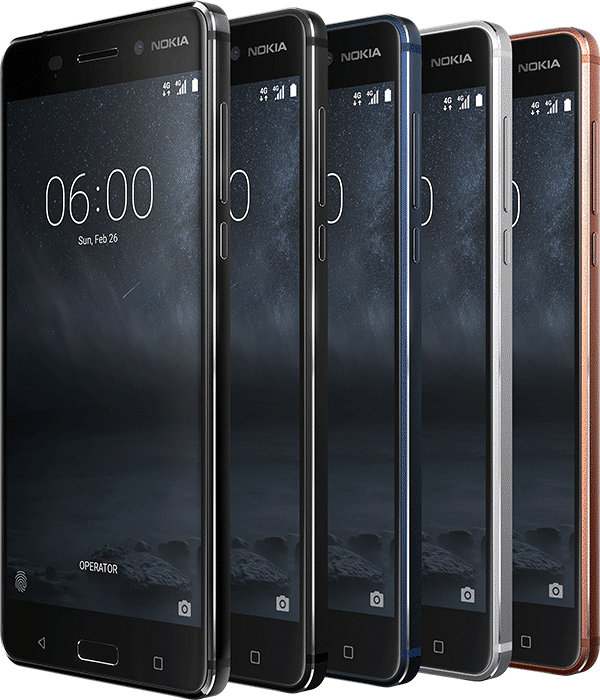 For decades, Nokia has been known to offer phones with great build quality that can withstand the test of time and the trio of smartphones launched at MWC are no different. Talking about the Nokia 6 first, the smartphone features an all-metallic build crafted from precision-milled aluminium. Paired with its rounded corners and sharp edges, the Nokia 6 is an absolute stunner and gives a great in-hand feel owing to its polished metal finish. The Nokia 5 has been constructed in a similar fashion to the Nokia 6 and uses precision-milled aluminium in its construction as well. However, unlike the Nokia 6, the Nokia 5 comes as a minimal package with its seamless metallic body which is void of antenna bands at the back. Finally, the Nokia 3 is the most basic smartphone of the trio and features a polycarbonate build with an aluminium frame. All the three smartphones feature fingerprint sensors as well. 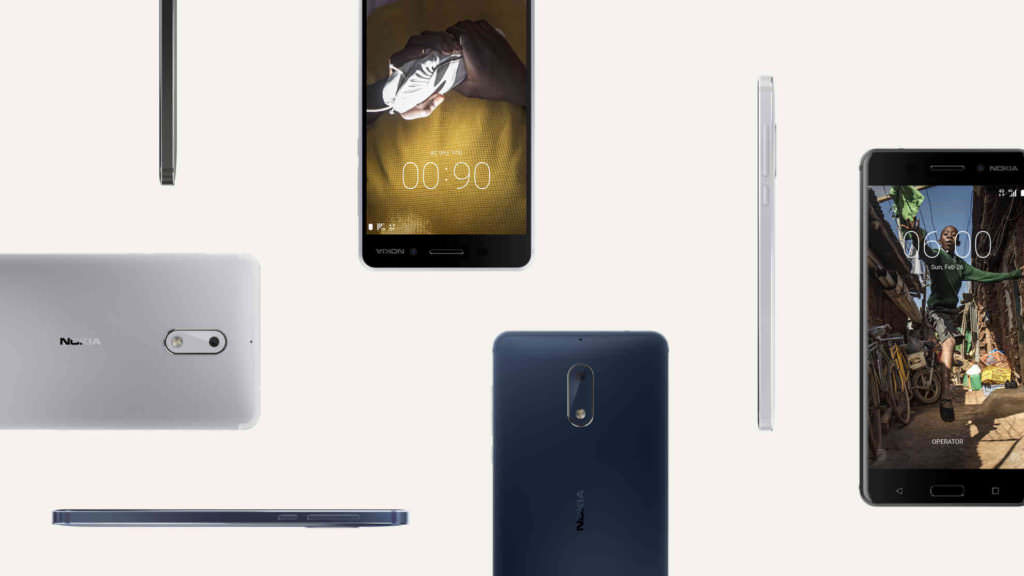 The Nokia 6 ships with a 5.5-inch full HD display which features wide viewing angles. The Nokia 5 trims the display a bit and comes sporting a 5.2-inch HD display. The Nokia 3 has the smallest footprint in terms of display and features a 5-inch HD screen. All three smartphones come equipped with Corning Gorilla Glass for protection against scratches and drops to some extent. 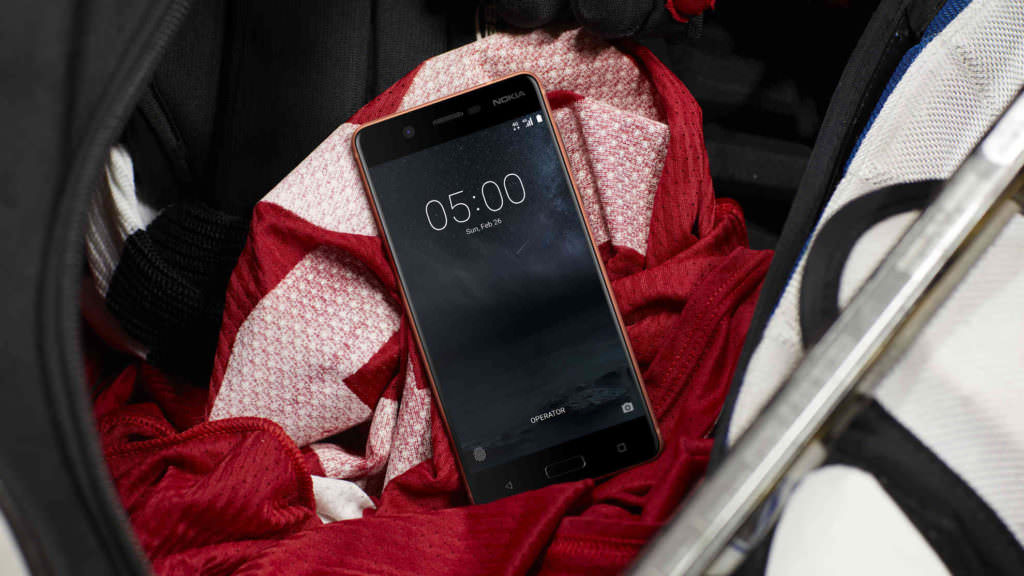 Neither of the three Nokia smartphones debuted at MWC feature high-end specifications. For starters, the Nokia 6 comes with a Snapdragon 430 processor which works in tandem with 3GB/4GB of RAM. Bear in mind that the 4GB RAM variant is limited to the ‘Arte Black’ colour model. Similarly, the Nokia 5 is powered by a Snapdragon 430 processor too. However, the smartphone ships with just 2GB of RAM. The Nokia 3 employs a MediaTek MT6737 SoC to power its internals and comes with just a gig of RAM for multitasking. While the Nokia trio won’t wow anyone with their hardware, the company will surely make a statement with the included software. All three Nokia smartphones will feature Google’s Android Nougat in the purest form – free from unnecessary bloatware, UI customisations and clutter. In other words, Nokia, with its Vanilla software, hopes to stand out in a crowd of TouchWiz and MIUI by offering gimmick-free software. The phones would feature the much-hyped Google Assistant too. 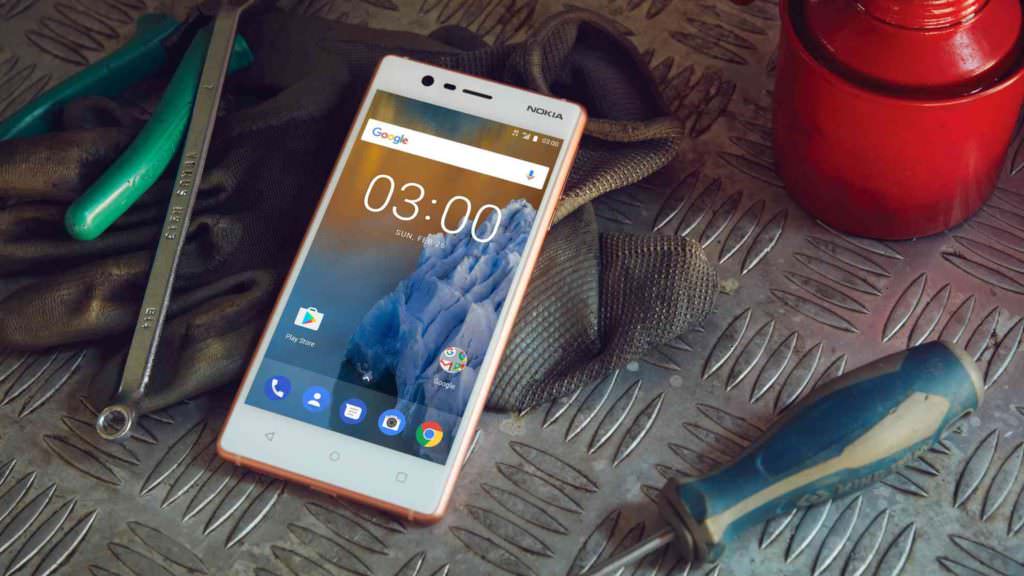 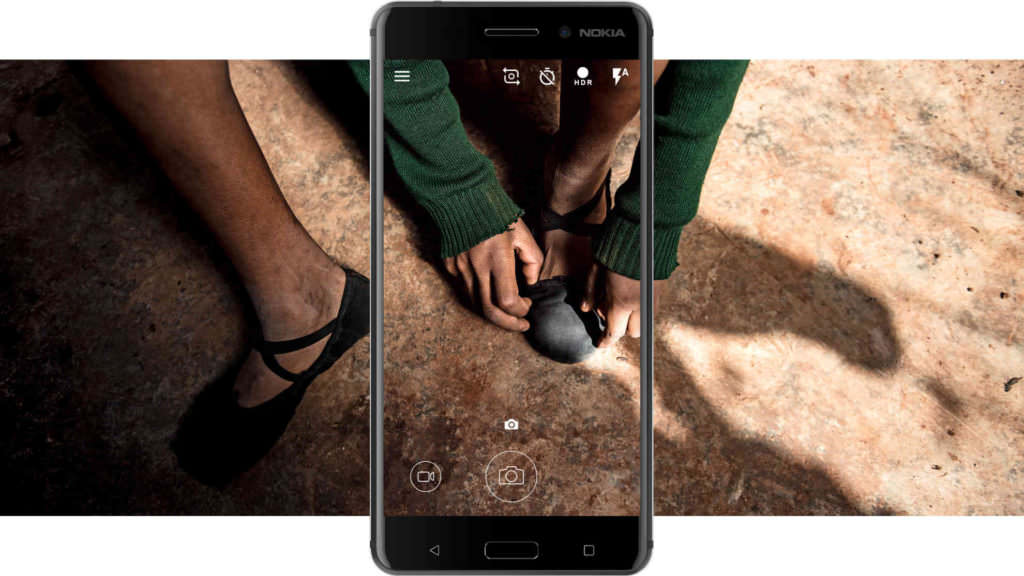 Both, the Nokia 6 and the Nokia 5 source their fuel from 3,000mAh batteries. Seeing how the Nokia 5 comes with a smaller and lower resolution display than the Nokia 6, users should get better battery life from it. The Nokia 3 uses a 2,650mAh battery to keep the lights on. All three smartphones come with the standard connectivity options along with support for LTE. 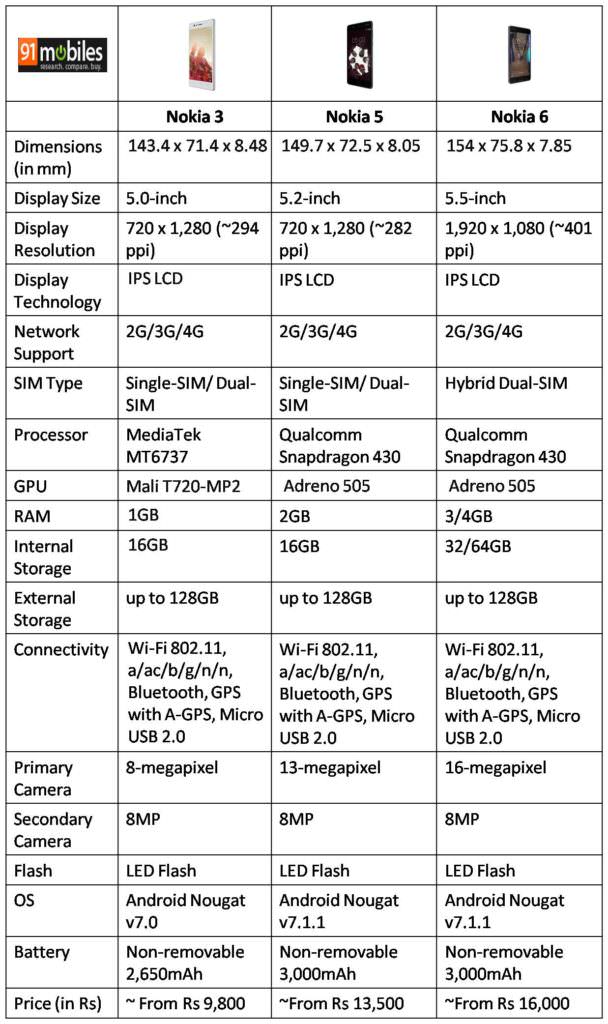