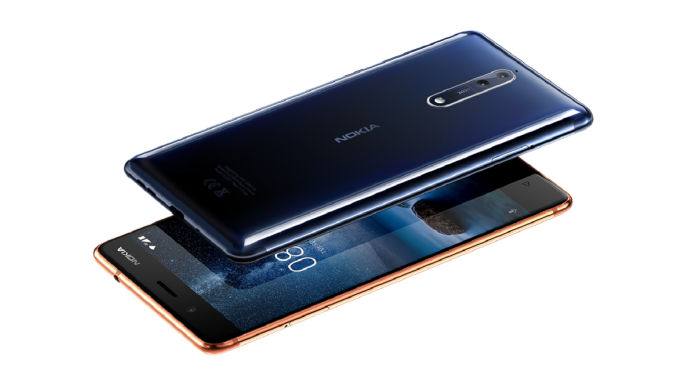 “Nokia 5, Nokia 6, and Nokia 8 updates bring only the November 2018 Android security patch for security fixes, with no sign of Android Pie yet”

The Nokia 5, Nokia 6, and Nokia 8 smartphones are receiving the an update with the November 2018 Android security patch, according to a new report. However, these updates do not bring any new features to the respective smartphones. Moreover, these do not upgrade the software build from Android Oreo to Android Pie, so buyers will have to wait a little more for that.

According to NokiaPowerUser, the Nokia 5 and Nokia 6 are receiving the November 2018 Android security update in India only for now. On the other hand, the Nokia 8 is receiving the same update in not just India but also in Pakistan and The Netherlands. The users should ideally receive a push notification prompting them to download and install the update, but they can also head to Settings to check for it.

The Nokia 5 update is 103.3MB in size, while the same for Nokia 6 is 109.9MB. Nokia 8 update, on the other hand, is smaller at 61.8MB. The November 2018 security patch for Android devices brings fixes for security issues in the Libxaac library, which has now been marked as experimental by Google and no longer included in the production Android builds.

The Nokia 5 is an affordable phone that was launched in India in August last year. Nokia 6 India launch followed a month later, while Nokia 8 hit the market in October. All three phones were launched with Android Nougat and were upgraded to Android Oreo. The Android Pie updated is promised for all three devices, though it would likely be the end of software lifecycle support for the trio.