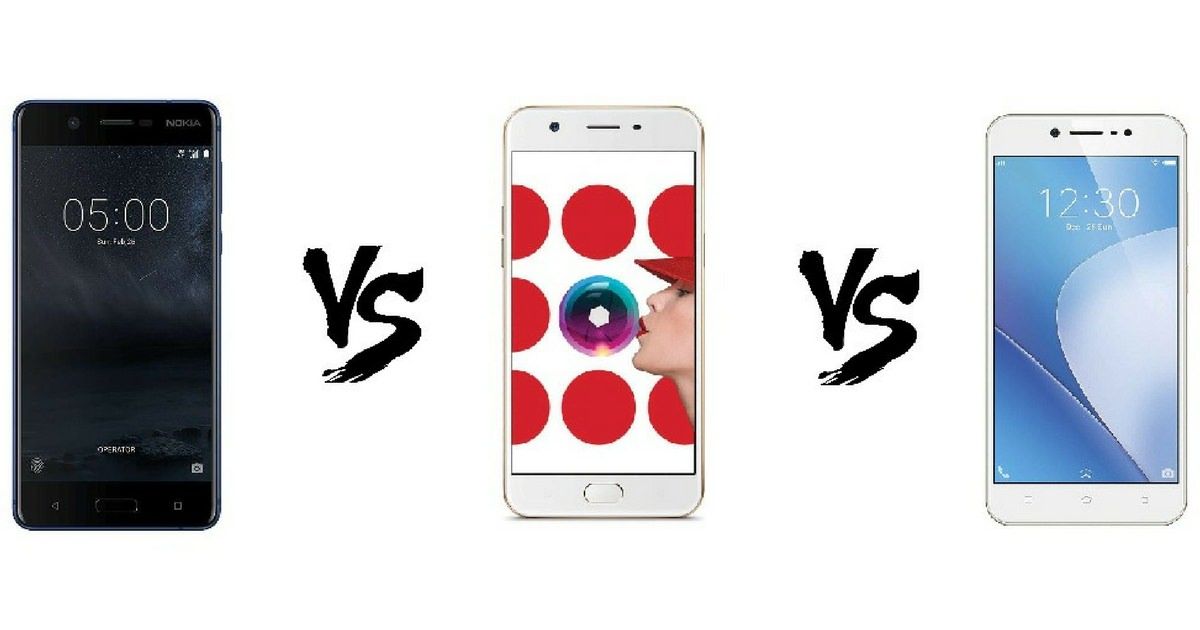 “As the focus shifts to the offline market, Nokia is foraying into a segment dominated by OPPO and Vivo”

It has finally happened – Nokia has made its comeback in India with a trio of Android smartphones – the Nokia 3 (first impressions), Nokia 5 (first impressions) and Nokia 6 (review). While the handsets don’t offer the same specs as compared to the competition, the brand is attempting to ride the wave of nostalgia and design that is associated with its name. While that alone might not be enough, what makes them worth considering is the fact that both the Nokia 3 and 5 are offline exclusive smartphones. And that’s a segment which has been dominated by Chinese brands OPPO and Vivo thus far. So, can the iconic brand make a mark against these companies? Well, that’s what we intend to find out today, by pitting the Nokia 5 against similarly-priced OPPO A57 and Vivo Y66 (first impressions). 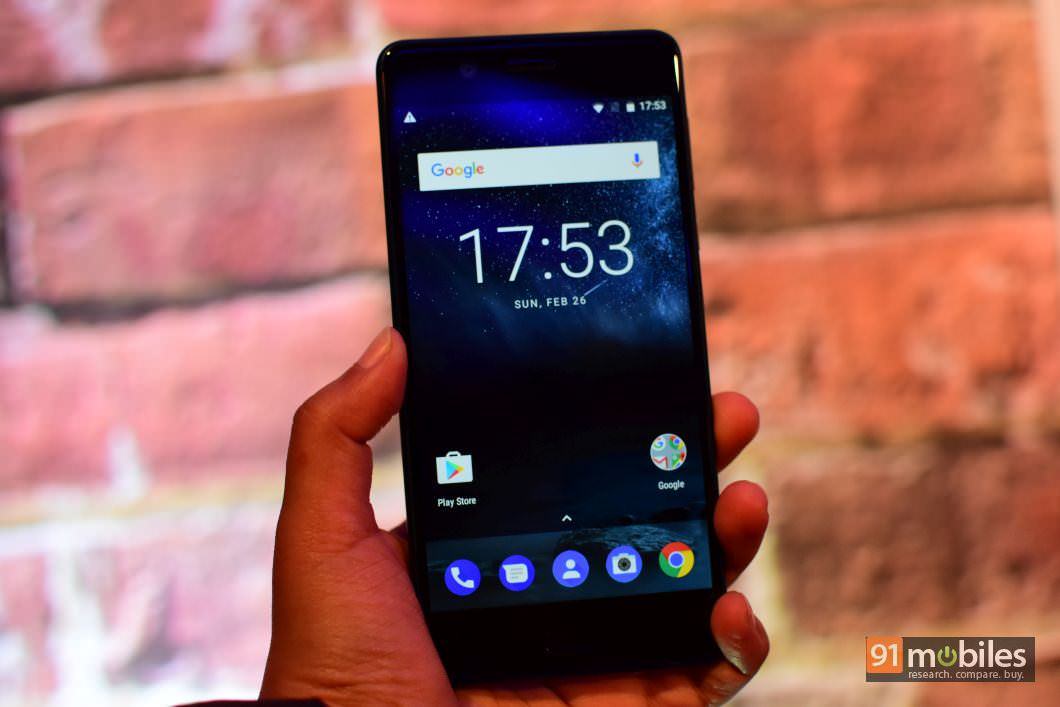 When it comes to design, the Nokia 5 manages to stand out from its peers as it borrows design elements from the Nokia 6 and has been carved out of a single slab of series 6000 aluminium. And with a 2.5D curved edge glass panel on the front, it’s quite a looker. On the other hand, if you keep both the OPPO A57 and Y66 next to each other, you cannot tell them apart except for the logo. Only when you take a closer look, you’d notice that the A57 flaunts a physical home button cum fingerprint scanner, while the Y66 has capacitive keys. In fact, these two share the same thickness viz. 7.6mm, whereas the Nokia 5 is slightly thicker at 8.0mm.

This round clearly belongs to the latest offering from Nokia, as it comes with the Android 7.1.1 Nougat operating system. Moreover, HMD Global has also assured that its lineup will receive the upcoming Android O, as and when it’s released. And the cherry on top happens to be the fact that Nokia is offering a stock interface. In contrast, both the OPPO A57 and Vivo Y66 seem to be stuck in 2015 running the dated Android 6.0 Marshmallow operating system with no future updates in sight. On top of that, both run proprietary skins, which do offer some useful features, but also are laden with bloatware. 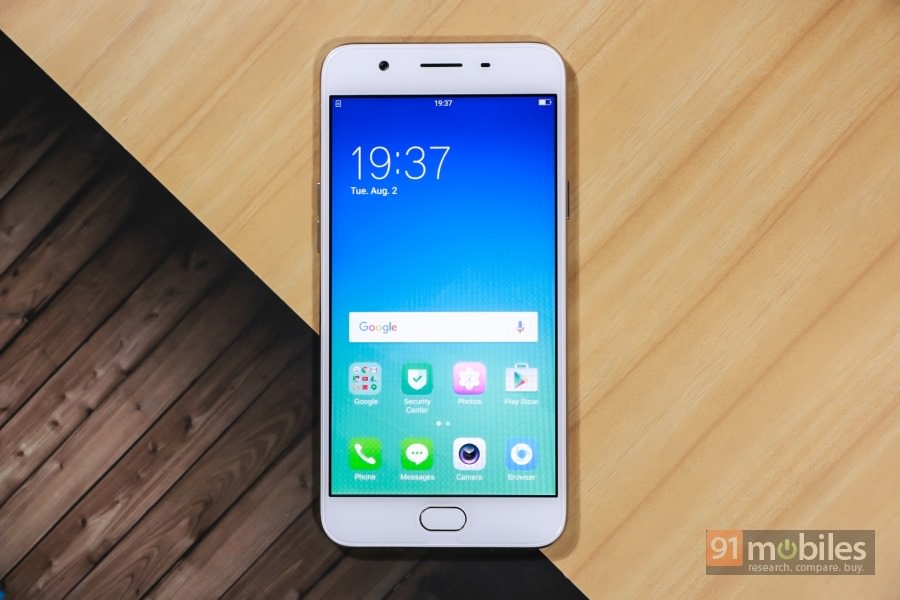 In terms of hardware, all three devices are more or less at par. The Nokia 5 and Vivo Y66 have been equipped with the Snapdragon 430 SoC, while the Oppo A57 gets the Snapdragon 435. However, Nokia’s offering loses out on the RAM front as it features 2GB capacity as compared to 3GB RAM powering its rivals. The Nokia 5 also has half the memory at 16GB, where both the A57 and Y66 flaunt 32GB.

However, the Vivo Y66 registers its first defeat as it misses out on the fingerprint scanner, which is present on the front panel of the remaining two.

In the imaging department, the devices seem to be toe to toe as they flaunt 13-megapixel primary shooters. However, Nokia 5 gets a brownie point here since its snapper comes accompanied with a dual-tone LED flash. Moving on to the front camera, the Nokia 5 falls behind with its 8MP camera. Both the OPPO A57 and Vivo Y66 are true-blue selfie smartphones with 16MP snappers. Both of them can also capture selfies in dim lighting, thanks to the LED front flash and screen flash on the Y66 and A57, respectively. 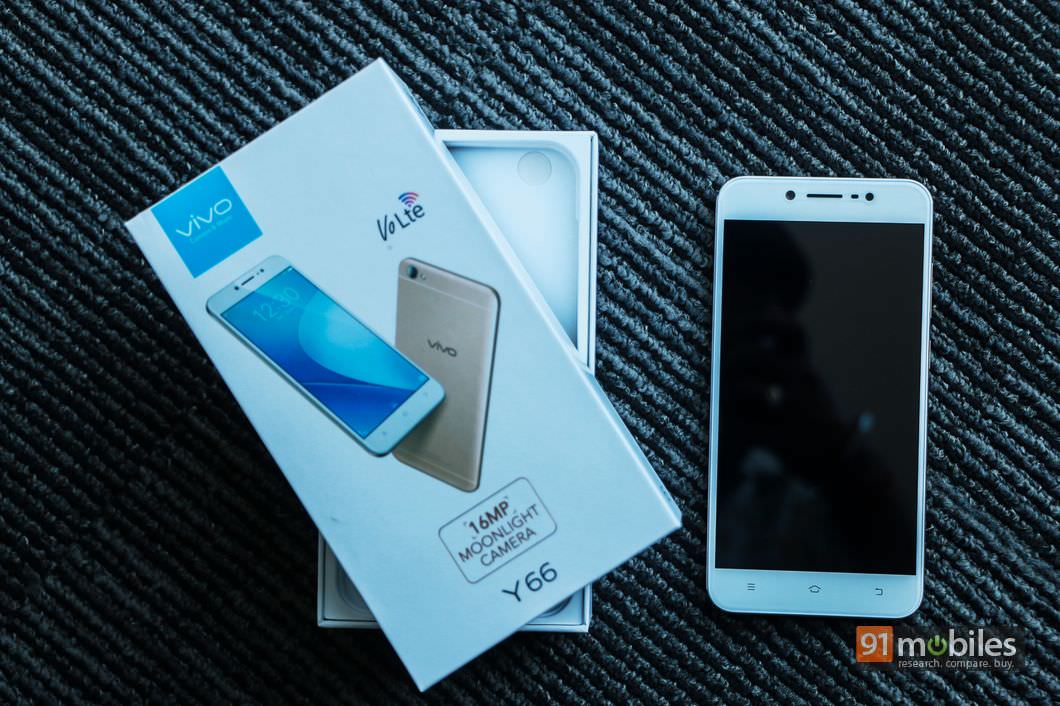 Peeking under the rear panel, both the Nokia 5 and Vivo Y66 draw power from a Li-ion 3,000mAh battery, while the OPPO A57 sips juice from a 2,900 mAh unit. The devices should offer a similar backup.

The Nokia 5, OPPO A57 and Vivo Y66 have been priced at Rs 12,899, 13,499 and 12,999, respectively. Both the A57 and Vivo Y66 are almost identical and are catered more towards selfie addicts. However, the A57 gets an edge over the Y66 with the inclusion of a fingerprint scanner. On the other hand, Nokia is betting on its brand recall along with timely Android updates and solid build quality. Which of these would you go for? Let us know in the comments below.