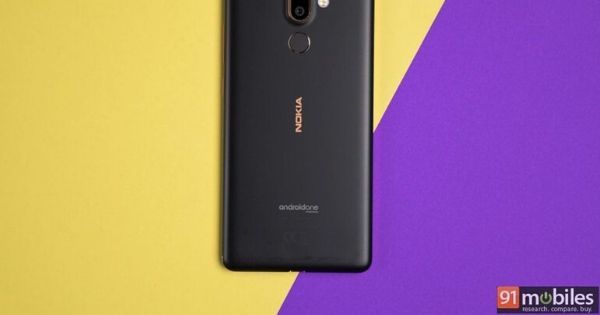 HMD Global has officially announced the rollout of Android 10 update for some of its devices. The Nokia 6.1, Nokia 6.1 Plus, and the Nokia 7 Plus, are currently receiving the Android 10 update in India. These phones join the Nokia 7.1, the Nokia 8.1, and the Nokia 9 PureView, all of which received the updates late last year. The Nokia 7.1 was the most recent device to receive the update. With 2020 underway, HMD has now updated three more smartphones to Android 10. A total of six Nokia smartphones have received the update so far, which is great news for Nokia phone users.

In recent years, HMD Global has been ahead of other manufacturers when it comes to providing the latest software updates. The company has been the fastest (outside Essential and Google) at updating its entire smartphone portfolio to Android Pie. Since most Nokia smartphones are part of the Android One program, updates are available sooner. These Nokia smartphones run stock Android and receive timely security updates. The Nokia 6.1, Nokia 6.1 Plus, and the Nokia 7.1, are part of the Android One program as well. Smartphones that are part of this program are promised two years of software updates, and three years of security updates, from the date of launch.

This is their second major OS update for the Nokia 6.1, 6.1 Plus and Nokia 7 Plus. HMD Global states that the new updates will improve the performance of these phones. Android 10 brings several improvements and UI changes, including an enhanced system wide dark mode. The supported devices will also be receiving the new gesture navigation, which would make it easier and faster to control the phones. The update further includes a Smart Reply option that can offer smart responses to messages.

Android 10 includes better and more granular privacy controls. Users can control when apps can have access to personal and location data. There’s also a new Focus mode, which allows users to block certain apps when they need to concentrate on work, family, etc. Google has also added the Family Link in Digital Wellbeing, which will allow parents to set rules for the family. The update is currently rolling out to the Nokia 6.1, Nokia 6.1 Plus, and the Nokia 7 Plus. It could take a while before all users receive the update.