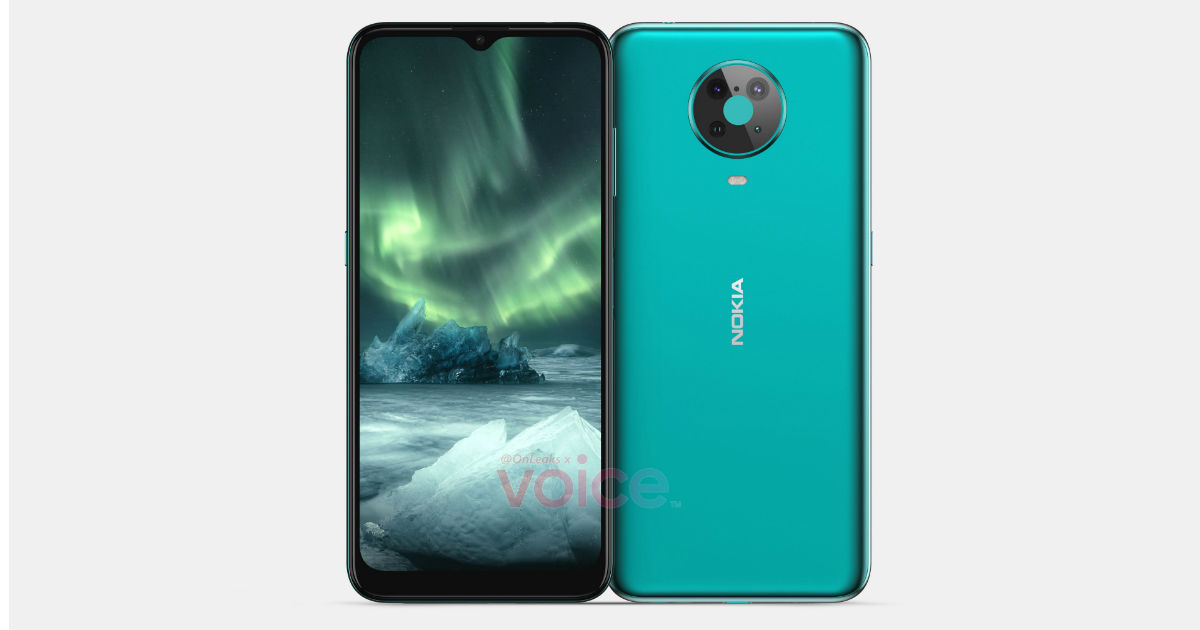 Nokia 6.3 launch is expected in the first half of 2021 and the smartphone has been rumored to be in the works for quite some time alongside the Nokia 7.3 and the flagship Nokia 9.3 PureView. The announcement of the phones is said to have been delayed multiple times for reasons unknown. Now, noted tipster Steve H.McFly aka @OnLeaks has shared high-quality Nokia 6.3/6.4 renders on Voice, revealing the entire design of the smartphone. The images show off a very familiar design that includes a circular rear camera module, a waterdrop notch, thick bezels, and a green colour option. The design is similar to the Nokia 6.2 that was launched way back in 2019. HMD Global’s naming scheme can be quite confusing, so the tipster speculates this phone could either be called the Nokia 6.3 or Nokia 6.4. The renders show that the device has a waterdrop notch for the selfie camera and has a sizeable chin at the bottom. The volume controls and power button with an embedded fingerprint sensor are placed on the right side of the frame. There is another button, presumably a dedicated Google Assistant key, and SIM card tray on the left side. The 3.5mm audio jack is present at the top alongside a secondary microphone. The primary microphone, USB Type-C port, and speaker grill are all at the bottom. The Nokia 6.3 has a circular camera module at the back and an LED flash right below it.

The Nokia 6.3 is said to sport a 6.45-inch flat display and measure 164.9mm high, 76.8mm wide, and 9.2mm thick (10.1mm with the rear camera bump). The handset is expected to come with Snapdragon 730 SoC and Zeiss-branded quad cameras comprising of a 24MP primary sensor, a 12MP ultra-wide-angle lens, a 2MP depth sensor, and a macro lens. Unfortunately, that’s pretty much everything we so far know about the phone but OnLeaks suggests the phone may launch no later than April this year.