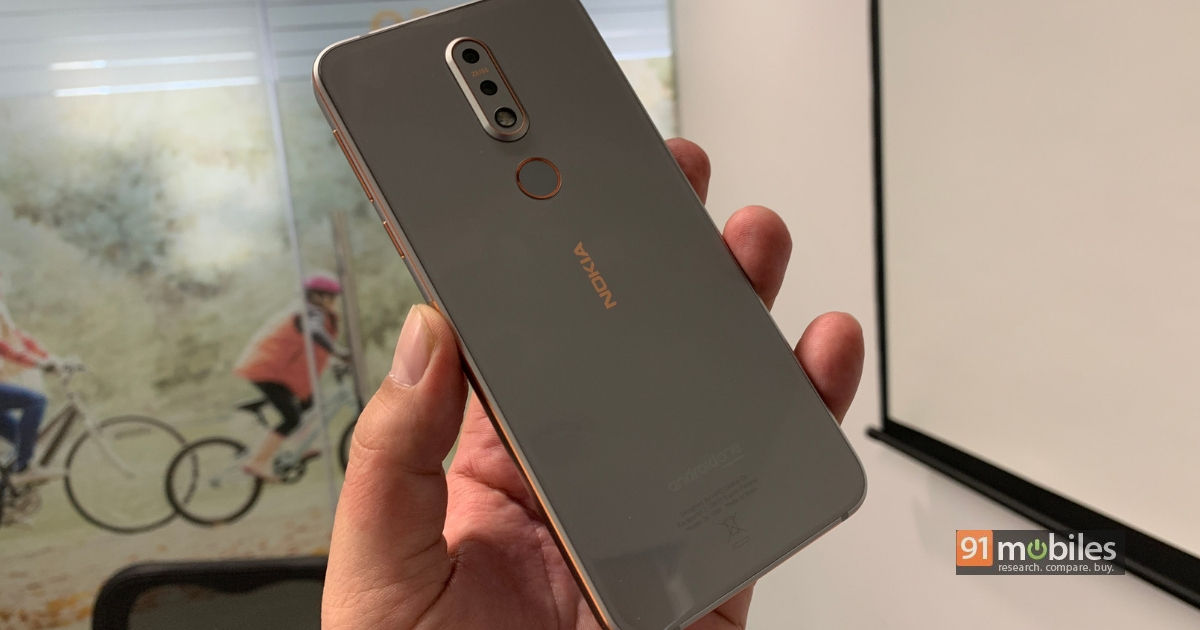 The Nokia 7.1 (first impressions) has been spotted with Android Pie on a benchmarking website in less than two weeks of its launch. HMD Global, the brand that holds the license to make and sell Nokia phones, launched the Nokia 7.1 earlier this month. The new mid-range offering, just like its siblings, is an Android One device and hence is entitled to timely software updates for up to three years. To recall, the handset boots Android Oreo out of the box and at the time of the launch, HMD Global has announced it’ll get the update by the end of this month. 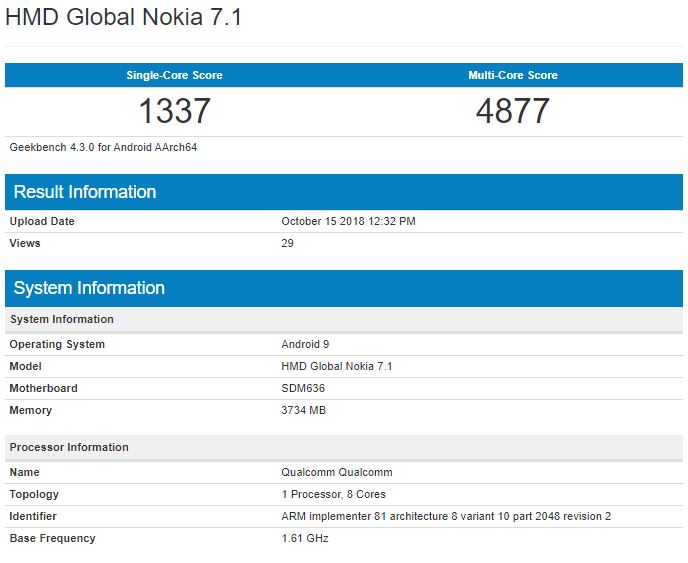 As per a Geekbench listing spotted by MySmartPrice, the Nokia 7.1 running Android 9 Pie is under testing. This suggests that the new Android update is on its way for the handset’s users. The other core specs in the listing, such as the chipset and RAM is the same as was announced by the vendor. With the Snapdragon 636 SoC and 4GB of RAM, the device managed to score 1337 in the single-core result and 4877 in the multi-core performance on the benchmark site. 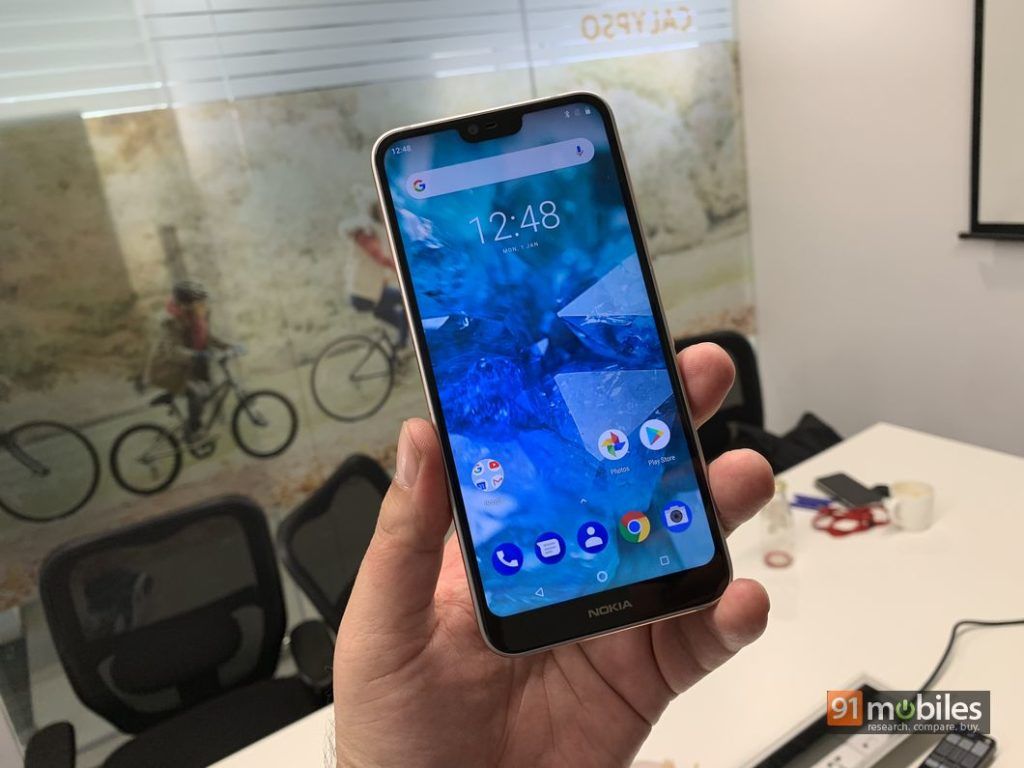 Coming to the specifications, the Nokia 7.1 sports a 5.84-inch notch-toting display with a resolution of Full HD+ and an aspect ratio of 19:9. The panel is touted to come with PureDisplay technology, which Nokia claims allows you to enjoy HDR content on the phone from streaming providers like YouTube, Netflix, etc. The phone comes in The phone in two RAM and storage configurations — 3GB +32GB and 4GB +64GB. In optics, the handset features dual a pair of 12-megapixel + 5-megapixel sensors on the rear with ZEISS optics and LED flash, while on the front, it has an 8-megapixel shooter for selfies and video calling. For security, the Nokia 7.1 relies on a rear-mounted fingerprint sensor and face unlock feature. And, a 3,600mAh battery with fast charging rounds up the specs sheet of the handset.

HMD Global is yet to reveal if and when it’s planning to launch the Nokia 7.1 in India. Currently, the handset is available for sale in selected European markets at a starting price of €299 (~Rs 25,400). It comes in two colour variants, Gloss Midnight Blue and Gloss Silver.