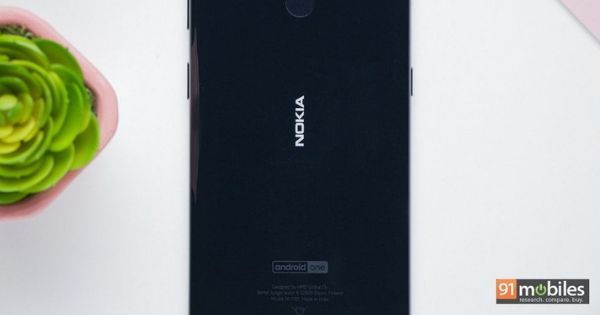 Recent rumours and reports have suggested that Nokia would be launching new smartphones at the IFA 2019 event in Berlin next month. The company even confirmed that it would be present at the event, but didn’t not mention that it would be revealing new devices at the time. However, the official Nokia Mobile Twitter account has now posted a teaser confirming that it will indeed be adding new members to the Nokia family. As per the leaks, we expect HMD Global to launch the Nokia 5.2, Nokia 6.2 and the Nokia 7.2 at IFA 2019 in Berlin, Germany.

The teaser posted by Nokia Mobile doesn’t reveal any details about the upcoming devices. It simply shows silhouettes of past Nokia smartphones, such as the Nokia 9 PureView and Nokia 6600. The company tweeted, “Brand new members of our Nokia mobile family coming soon on stage in Berlin. Only 15 days to go!” As mentioned earlier, HMD Global will most likely launch the Nokia 5.2, Nokia 6.2, and the Nokia 7.2. Earlier today, a ZEISS executive had also posted the image of the Nokia 7.2 and stated that it would be launched in September.

The Nokia 6.2 and the Nokia 5.2 are expected to look similar in design, and are the successors of the Nokia 6.1 and Nokia 5.1. Both devices will feature a teardrop notch and a circular rear camera module. The Nokia 7.2 is also expected to come with a tiny notch and the circular camera setup, but with better sensors. It will also be more powerful that the other two phones. All three smartphones will be mid-range devices and run on Android 9.0 Pie as part of Android One program. Of course, none of this is confirmed, so take it with a pinch of salt.

HMD Global could also launch a 4G variant of the Nokia 2720 feature phone at IFA 2019. The phone was recently certified by China’s 3C and has a flip design. As the company stated, the event is only 15 days away. We would have to wait till the D-day to find out what it has to offer and if all the rumours and reports turn out to be true.