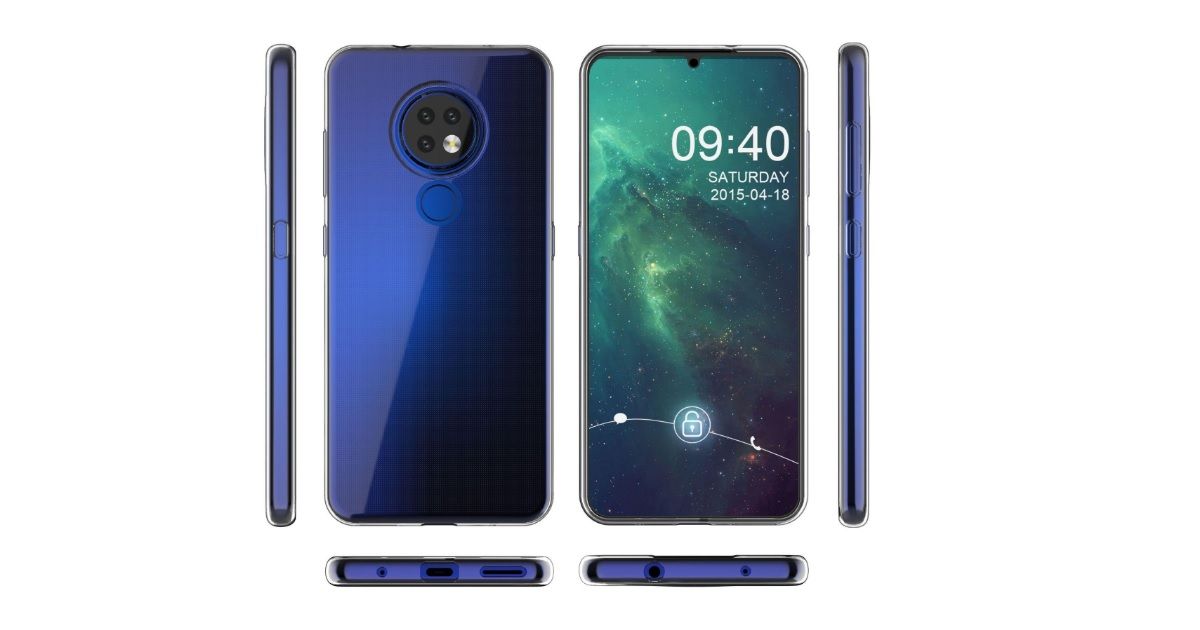 “The Nokia 7.2 is expected to offer a 48MP primary camera with Carl ZEISS tech at the rear”

Nokia 7.2 smartphone’s design has been leaked via alleged case renders. The new images of the handset, posted on SlashLeaks, show the smartphone from all angles and reveals everything we need to know about the design of the handset. It’s worth mentioning that recently, an alleged live image of a Nokia handset with model number TA-1198 was leaked, which rumour mill suggested to be the Nokia 5.2. However, the new leak suggests that the previously leaked device will arrive as the Nokia 7.2 instead. That said, it’s also quite possible that both the upcoming Nokia 5.2 and Nokia 7.2 could share a few features including their rear design. Also, there could be no Nokia 5.2 model in the pipeline, but nothing is concrete at the moment.

The Nokia 7.2’s alleged case renders suggest that the smartphone will arrive with a waterdrop notch above the screen. The cut-out seems to be smaller than what we’ve seen on the recently launched Nokia handsets. The bezels are almost non-existent and there’s no bottom bezel. However, it’s quite possible that the case maker has digitally reduced the chin in the images. So the front design of the Nokia 7.2 could be slightly different than what is showed by the leaked photos.

At the rear, the Nokia 7.2 seems to have a triple camera setup and a large LED flash unit, which are placed in a circular module. Below the cameras, there’s a fingerprint sensor. The handset’s volume rocker and power button seem to be placed on the right side. There’s an additional button on the left side, which could be to trigger the Google Assistant. The phone’s 3.5mm headphone jack is placed on top, while the bottom edge has a USB Type-C port, a speaker grille, and a microphone.

As far as the specs are concerned, the Nokia 7.2 with model number TA-1098 is rumoured to come with a 48MP primary camera at the rear with Carl ZEISS technology. The phone is said to have a Snapdragon 660 chipset and a 3,500mAh battery. No other details about the handset’s price and launch date are not available at the moment.