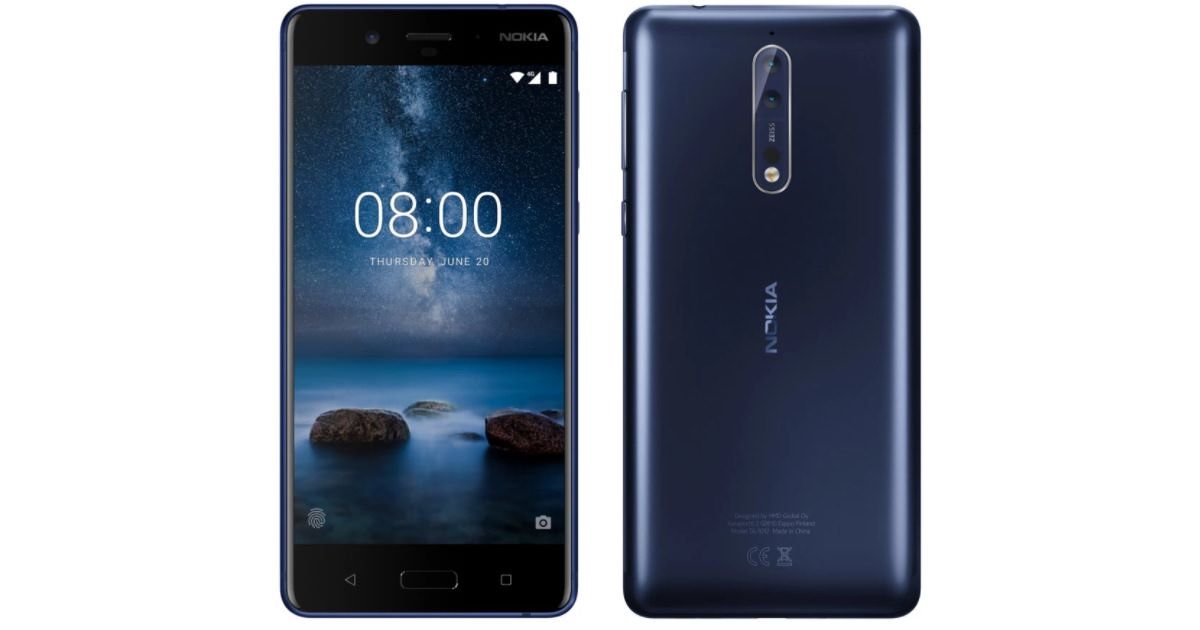 [Update: July 19th, 2017]: The tipster has posted one more press render of the Nokia 9, which suggests that the phone will also be available in a silver hue, apart from blue.

Earlier this month, a report suggested that HMD Global is planning to launch the Nokia 8 flagship smartphone on July 31st. Also, earlier today, the popular tipster Evan Blass aka @evleaks posted a teaser for an upcoming Nokia smartphone featuring a Carl Zeiss-branded dual camera setup. Now the leakster claims that the phone will be launched as the Nokia 8, and has even posted a press render of the same.

As seen in the renders, the Nokia 8 will carry two cameras at the rear with Carl Zeiss branding, aided by laser autofocus and a dual-tone LED flash. The phone’s power and volume rocker buttons seems to be placed on the right side. The device will get a physical home button, which is expected to hide a fingerprint sensor beneath, since there’s no sign of the same at the rear panel. The handset will also come with two capacitive keys for navigation.

As per the earlier reports, the Nokia 8 will come with a 5.3-inch QHD display, and will be powered by a Qualcomm Snapdragon 835 processor, mated to either 4GB or 6GB of RAM. The phone will get a pair of 13MP cameras at the rear with Carl Zeiss optics, and will boot Android Nougat out of the box. The device is expected to go official by the end of this month.