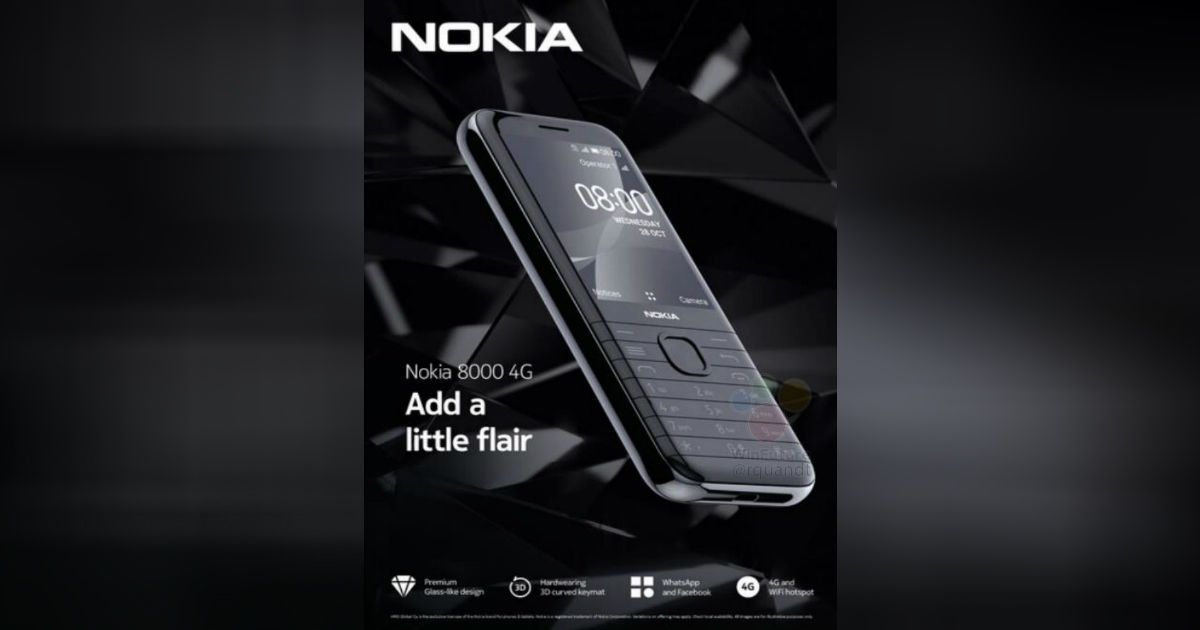 Nokia 8000 4G and Nokia 6300 4G are expected to release soon, though an official launch date is yet to be revealed. While we wait for a confirmation from HMD Globa, we now have our first glimpse at the refreshed Nokia 8000 4G. A leaked poster reveals that the new version will retain the original’s design, complete with a physical keypad and all. There also appears to be a smattering of modern-day design elements like a curved glass chassis. The Nokia 8000 4G specifications have also been revealed in a report by Winfuture.de.

Apart from incorporating a 4G-ready Qualcomm Snapdragon 210, the Nokia 8000 specifications are unlikely to change. The feature phone will most probably retain its 2.8″ LCD panel, 512MB of RAM, and 4GB of internal storage, which can be expanded via a microSD card. While that might seem like a minuscule amount by modern-day standards, we have to take into consideration that the Nokia 8000 will run KaiOS out of the box, meaning that most apps won’t strain the memory/hardware a lot. 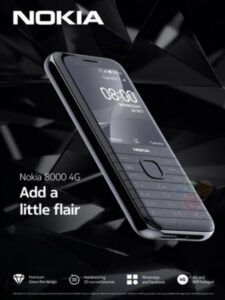 Some of the other Nokia 8000 features include two SIM card slots, Bluetooth, and Wi-Fi connectivity. It’s 1,500mAh battery will likely be user-replaceable. HMD Global is also expected to reuse the original’s 2MP camera module on the Nokia 8000. Those who want to use the phone as a portable media player will be pleased to know that the phone can handle up to a 128GB microSD card with relative ease. The Nokia 8000 4G price in India is very likely going to be under Rs 5,000, though we’re just speculating at the moment.