Home News Nokia 9.1 not expected as HMD may launch Nokia 9.2 PureView with... 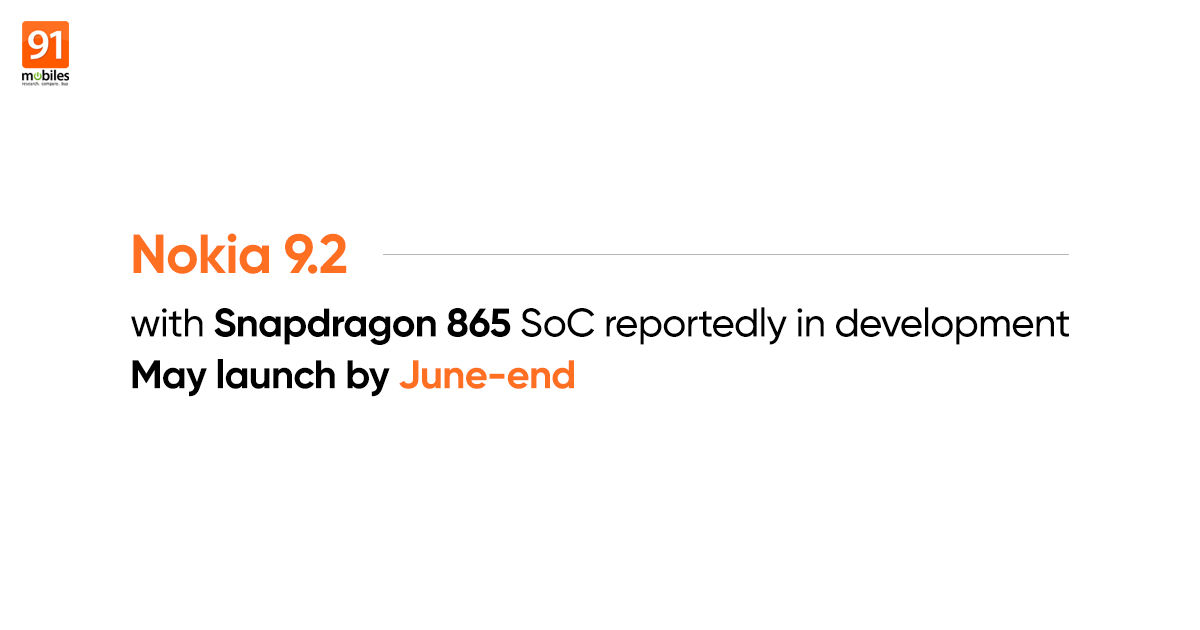 HMD Global is gearing to launch new Nokia smartphones, probably a 5G model as well, at the upcoming MWC 2020 in Barcelona. There have been rumours about the Nokia 9.1 Pure View being in the development for some time and is speculated to ship with Snapdragon 855 SoC and 5G connectivity. Now, according to a report from NokiaPowerUser citing a known source, HMD Global has shelved the Nokia 9.1 PureView and the smartphone won’t be launching at the MWC 2020 next month. Instead, the company is said to be channelling its energy towards launching the Nokia 9.2 that will be powered by the latest Snapdragon 865 SoC. This isn’t a set back considering the Nokia’s flagship when launched would come with the latest flagship processor, unlike last time.

While the exact launch date for the Nokia 9.2 PureView isn’t revealed, the tip claims the smartphone would be unveiled in the first half of 2020. Furthermore, the handset won’t come with “Light Camera” technology this time around considering the poor post-launch support for Nokia 9 PureView. However, it is said to come with “great cameras” with a big sensor from an old Nokia camera partner like Toshiba. It remains to be seen how far HMD Global will be able to correct the shortcoming of Nokia 9 PureView with the successor. For now, we have to wait for more information to surface online.

To recall the specifications, the Nokia 9 PureView flaunts a 5.99-inch QHD+ pOLED PureDisplay with an aspect ratio of 18:9 and HDR10 support. It is powered by the Qualcomm Snapdragon 845 SoC coupled with Adreno 630 GPU, 6GB RAM and 128GB storage. The handset ships with Android 9.0 Pie out of the box and has been updated to Android 10 already. As for the optics, the Nokia 9 PureView packs a penta-lens setup with two 12MP RGB sensors and three 12MP monochrome lenses, all of which feature autofocus and f/1.8 aperture. There is a 20MP front-facing shooter for selfies. It rocks an optical in-display fingerprint sensor for security and a 3,320mAh battery with wireless and fast-charging support.