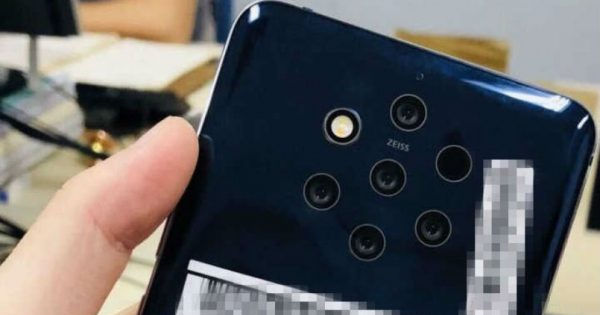 HMD Global’s upcoming flagship smartphone – Nokia 9 has been one of the most talked about phones in the recent times. The smartphone’s specs have been leaked several times in the past with the most recent being its storage configurations and the penta-lens camera module on the rear panel in a live image. While it was being speculated that Nokia might launch the next flagship this year itself, a new report claims otherwise.

Killing Nokia 9: the announcement of the smartphone this year canceled

Nokia 9 is undoubtedly one of the most anticipated flagships of the year. Since the beginning of the Finnish brand’s return to the market, HMD Global has introduced 2 “flagship” smartphones.#killingnokia9 pic.twitter.com/KeWaeneDin

According to the latest report, the brand is likely to launch the Nokia 9 around February in 2019. This is exactly what happened with the Nokia 8 Sirocco (review), which was supposed to be the flagship device from the brand last year. However, the launch was delayed and the Nokia 8 Sirocco was unveiled at the MWC this year. This seems to be happening with the Nokia 9 as well, which was expected to be the 2018 flagship, but might end up being the 2019 flagship instead. According to the rumours, the reason behind these delays is that the brand doesn’t deem the handset fit to be launched in 2018 fall. To recap on the rumours, the Nokia 9 is expected to come with a 5.9-inch QHD+ OLED display. The display is also expected to house the in-display fingerprint scanner. Driving the performance of the handset will be the top-of-the-line Qualcomm Snapdragon 845 chipset, accompanied by an Adreno 630 chipset. According to the rumours, the handset will be launched in single and dual SIM variants with 8GB RAM. Both models will get either 64GB or 128GB of native storage. The penta-camera module will be Zeiss branded as is the case with all Nokia smartphones. Unfortunately, nothing else is known about the upcoming flagship at this point.

It’s likely that HMD global will announce the Nokia 9 at the upcoming Mobile World Congress 2019, which is scheduled to be held from February 25th to 28th. Expect more rumours to come up during upcoming days.