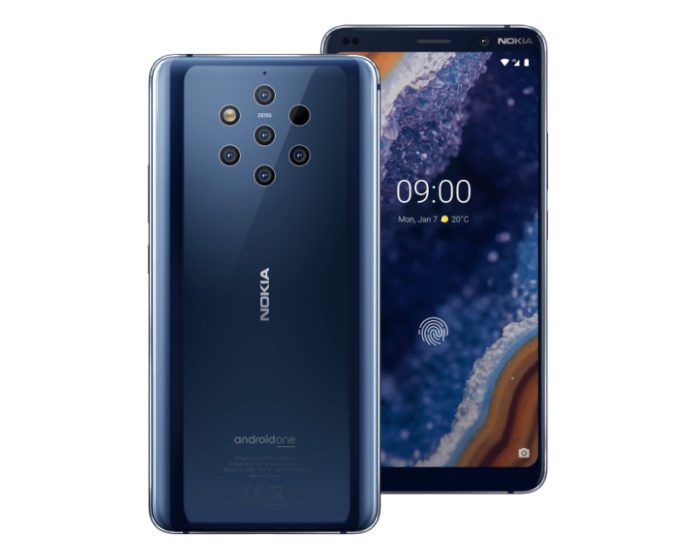 HMD has promised to fix two issues that users of its Nokia 9 PureView are facing. The device is currently available in the US market and has received lots of recognition from early buyers for its camera performance. There are, however, a few users have complained about the performance of the Nokia 9 PureView camera app and the in-display fingerprint scanner. Now, HMD Chief Product Officer Juho Sarvikas has said on Twitter the brand is working on fixing the two issues.

Thank you for the feedback. Few notes:
– With more users out there, we’ve seen a few camera crashes due to battery voltage drop when charge is low. We will address this
– Under the display FP sensor has limitations. We will improve the experience. We also have face unlock— Juho Sarvikas (@sarvikas) March 13, 2019

Sarvikas’s comments were in response to the review of the Nokia 9 PureView done by Android Authority. The publication said the camera app doesn’t meet the expectations and that it crashes when the battery is low. As the five cameras are working simultaneously so a voltage drop occurs, which creates poor performance, the review said. The review also states that its in-display fingerprint scanner is “unusable” and that it cannot recognise fingerprint after “a half-dozen attempts.”

Nokia 9 PureView is HMD Global’s biggest flagship launch since it kicked off operations – it is, of course, the first device with a penta-lens setup. The optical configuration of the smartphone has been developed in collaboration with Zeiss and Light. The handset was launched at MWC 2019 and is powered by the Snapdragon 845 chipset and packs a 6GB RAM. Apart from the penta-camera setup there is a 20MP front camera and a 3,320mAh battery.